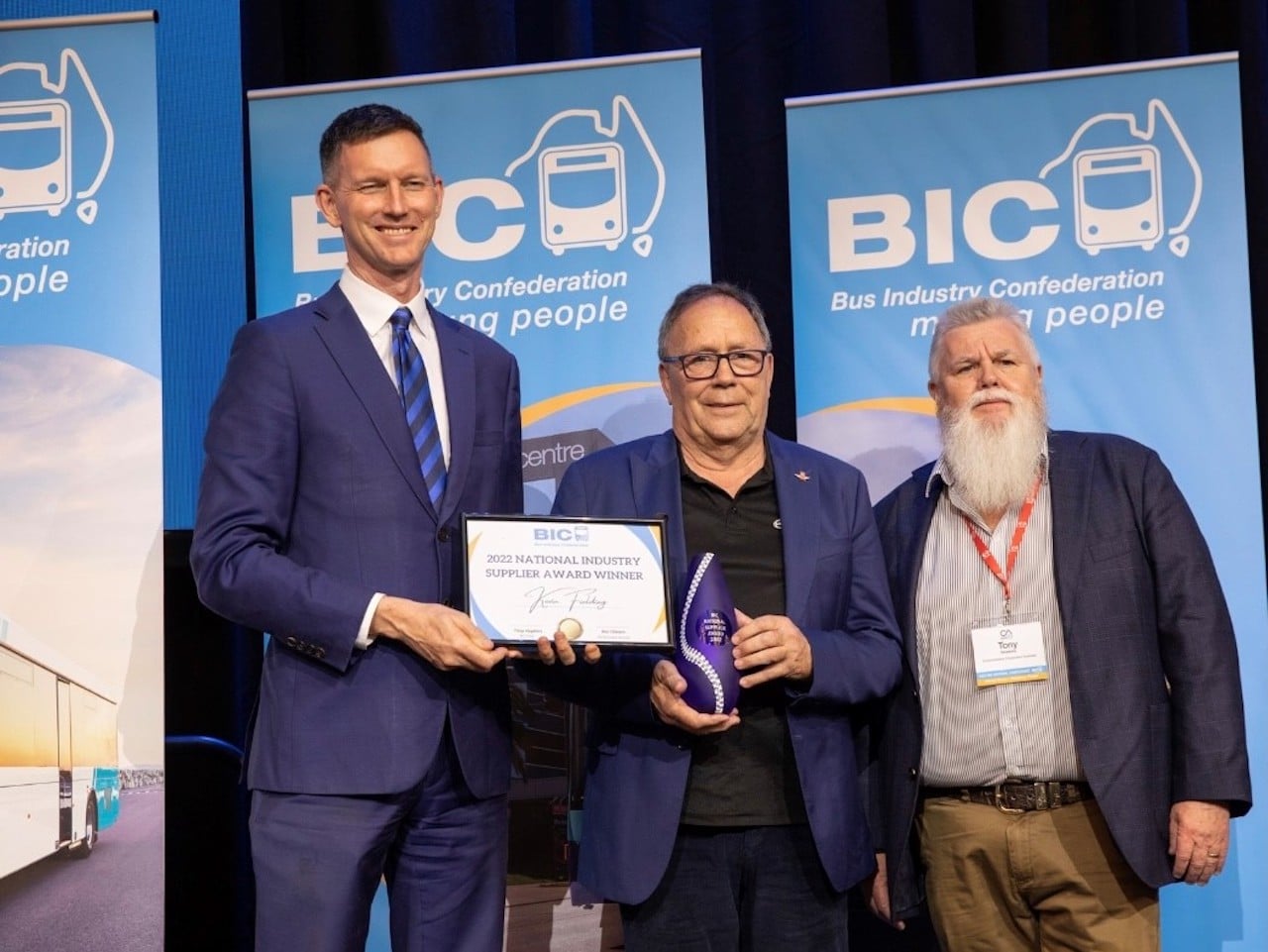 
Hino Australia stalwart Kevin Fielding has been awarded Supplier of the Year at the 2022 Australian Industry Awards by the Bus Industry Confederation (BIC).

At the event, Fielding was recognized for his outstanding contribution to the Australian bus industry over his career which spans over 50 years.

Award criteria include continued support of BIC and national associations, participation in association committees and working groups, and a minimum of ten years of involvement in the industry as a company or individual. .

Fielding served as a BIC advisor and member of several state association committees during his time at Hino Australia, and he will celebrate his 25th anniversary with the company next year.

“Receiving an award like this from my peers is truly an honor – I’m so lucky to work in an industry I love with people who are as passionate about it as I am,” he said. .

Bus for Hino Australia manager Sara Clark said the BIC Australian Industry Awards are an opportunity to recognize and reward excellence within the Australian bus and coach industry.

“Many companies in our industry strive for uncompromising excellence to deliver exceptional products and services to the Australian bus market, and only every two years are five national awards presented,” said she declared.

“I want to congratulate Kevin on behalf of the Hino Australia team.”