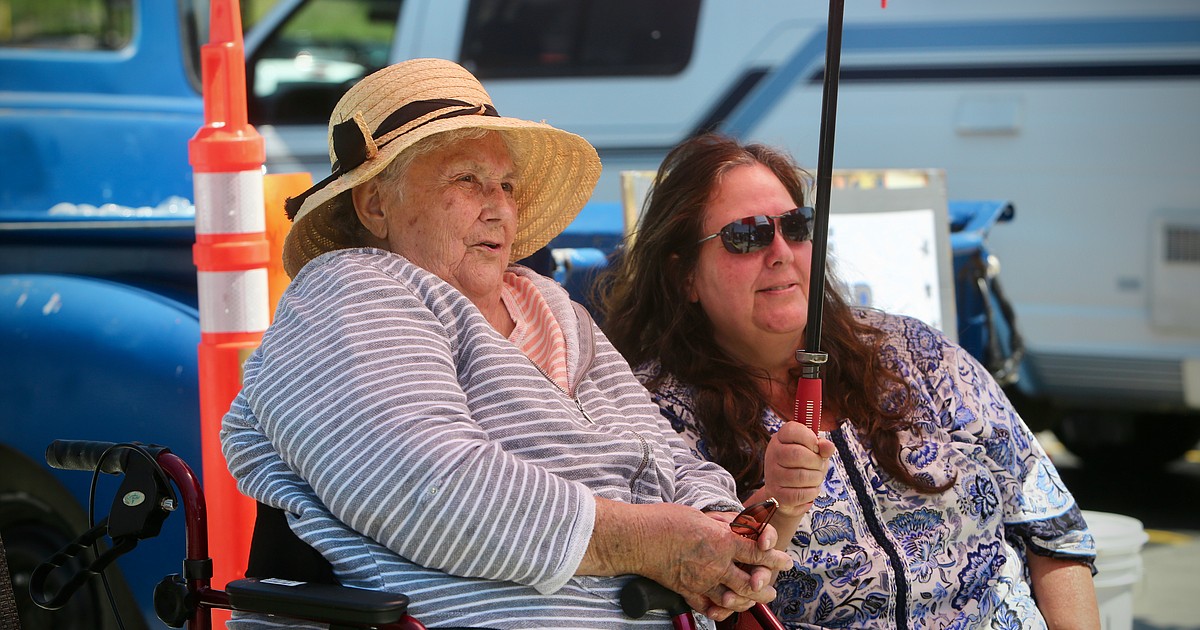 A woman from Swan Lake played professional baseball in WWII

Under the shade of an umbrella, Donna Roberts stepped out from under a sun hat to witness the action on Bigfork’s 4th of July parade.

The high school cheerleaders waved and sped down Grand Drive, followed by a dazzling cowboy who wowed the crowd with a series of rope tricks. There were classic cars, bagpipes, floats with marching bands, and work trucks with water sprayers spraying the jubilant children.

Roberts, who spends his summers on Swan Lake, has seen the annual celebration of American heritage evolve over the past 50 years. In fact, she hasn’t missed a July 4th parade in Bigfork since the mid-1960s. What keeps her coming back for the annual red, white and blue show is excitement.

â€œI really like it, and I think the people at the parade are doing their best to entertain,â€ she said.

But Roberts, 95, isn’t just a history watcher – she’s had her own part to play. She was one of 600 female baseball players in the All-American Girls Professional Baseball League, the actual organization depicted in the 1992 film “A League of Their Own”. The Professional Women’s League was founded in 1943 by Chicago Cubs owner Philip K. Wrigley with the goal of keeping baseball parks in business as teams disbanded and male players were recruited to fight. during the war.

Roberts was a true tomboy at heart and spent his childhood playing baseball or shooting marbles with the boys at his school in Billings.

â€œI had to play with the boys most of the time. I was on their baseball team,â€ she recalls. “There was nothing planned for women or girls.”

She heard about the All-American Girls League through a magazine article in Redbook. His physical education teacher helped Roberts complete an application and “must have done a really good job because they returned a ticket to spring training.”

Roberts, who was only 20 at the time, left home for training camp in Pascagoula, Mississippi.

“We went through spring training for fear of not being part of the squad,” she said.

On the last day, the players performed drills that sealed their fate. When the teams were announced, Roberts scoured the rosters until she discovered her name on the Peoria Red Wings roster. She was in.

Each team was made up of 15 players, a manager / coach, a business manager and a female chaperone. The coaches were often notable male sports figures, selected to generate greater public interest. Players were receiving high salaries for the time, ranging from $ 45 to $ 85 per week.

In addition to playing well, league members were expected to adhere to certain femininity standards, including attending the evening charm school and striving to be as attractive as possible, according to the AAGPBL Players Association.

The emphasis on femininity extended to their uniforms, which included short skirts with undershorts, high socks and baseball caps. Players were also encouraged to make the game interesting for the crowd, which often involved a lot of dramatic slips around the house, leaving them with “a lot of scratches and bruises” at the end of the day.

WHILE THEIR the uniforms favored fashion over function, the gamers themselves took the game seriously.

â€œYou always cared about playing well because they could free you at any time,â€ said Roberts. “We got $ 80 a week, which was a pretty good salary at the time. You wanted to be good because it was the best job you could get.”

Roberts played either shortstop or outfield during the 1946 season, the year after WWII ended.

â€œI could really catch almost any flies that came our way. I can’t remember missing any,â€ she said.

Roberts was eventually fired from the team but continued to play the sport she loved at home in Montana. She helped the Billings Fillies to victory at the Montana State Softball Tournament and continued to work as a teacher for 35 years. In 1999, Roberts was inducted into the Montana Softball Hall of Fame.

Looking back on the experience, Roberts said his favorite part of his short but fulfilling baseball career was at the end of every game.

â€œOnce we were done playing a game, the little girls would come out onto the field and they would ask for your autograph,â€ she said. “These are your future players.”