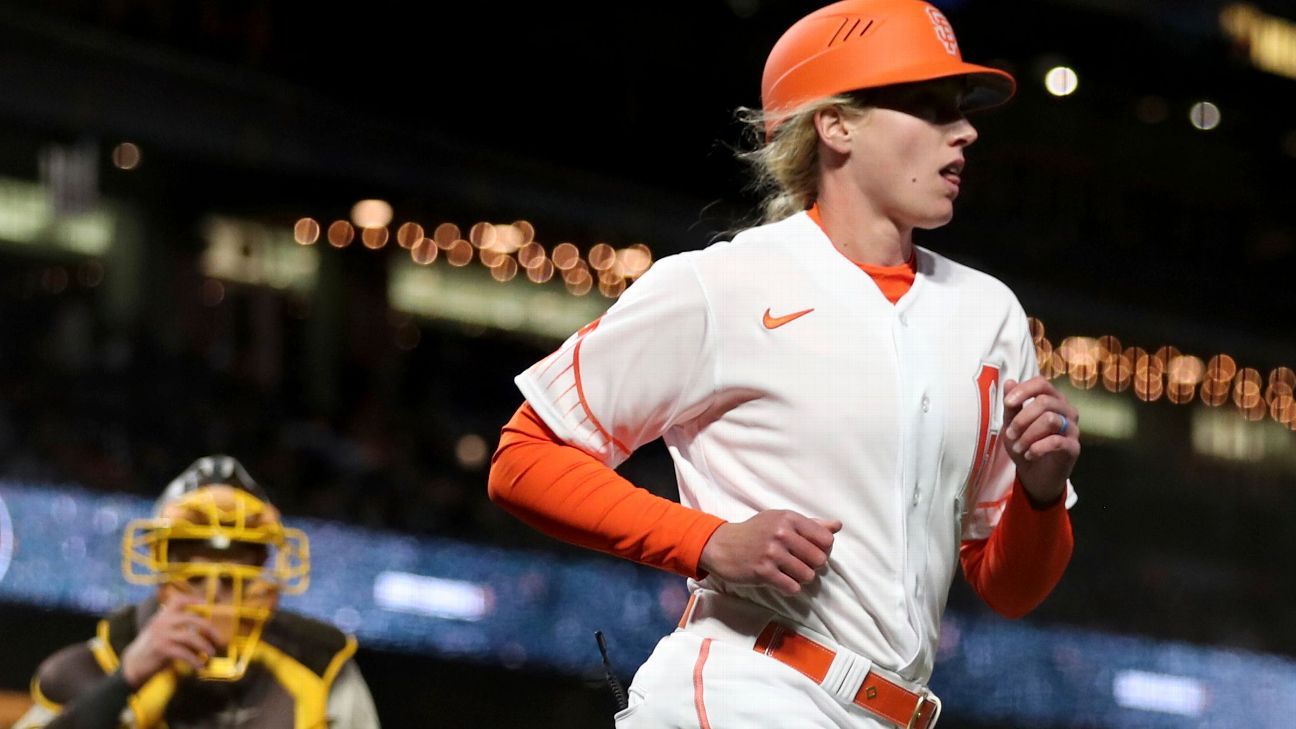 Alyssa Nakken, 31, makes major league history as the first woman to coach on the court in a regular season game for the San Francisco Giants

SAN FRANCISCO — Alyssa Nakken made major league history as the first woman to coach on the field in a regular season game when she took over for the San Francisco Giants on Tuesday night against San Diego. .

Nakken came on to coach first base for the Giants in the third inning after Antoan Richardson was ejected.

When she was announced as Richardson’s replacement, Nakken received a warm ovation from the crowd at Oracle Park and a congratulatory handshake from Padres first baseman Eric Hosmer.

Nakken, 31, ran onto the field four days after Rachel Balkovec became the first woman to lead a minor league affiliate of a Major League Baseball team. She guided the Tampa Class A club of the New York Yankees to victory in their first game.

Nakken previously coached the position in spring training and part of an exhibition game in July 2020 in Oakland against current Padres manager Bob Melvin when he was skipper of the Athletics. It started again a night later against the A’s in San Francisco as teams prepared for the pandemic-delayed season.

“You feel a sense of pride to be there,” Nakken said at the time. “Me personally, it’s the best place to watch a game, that’s for sure.”

The former Sacramento State softball star, whose blonde braid dangled from her orange hard hat on Tuesday, became the first female major league coach when she was hired on Giants manager Gabe Kapler’s staff in January 2020. She immediately impressed everyone in the front office with her initiative and worked hard on base running and outfield defense.

The Hall of Fame and Baseball Museum already received a jersey of the moment from Nakken two years ago to travel to Cooperstown, New York, and now the Hall could reach out once more.

At Sacramento State from 2009 to 2012, Nakken was a three-time All-Conference MVP at first base and a four-time Academic All American. She then earned a master’s degree in sports management from the University of San Francisco in 2015 after interning with the Giants’ baseball operations department a year earlier.

From day one with the Giants, Nakken embraced her role as an example for girls and women that they can do anything.

“It’s a big deal,” she said. “I feel a great sense of responsibility and I feel it’s my job to honor those who have helped me where I am.”

How a DRS call helped Kane Williamson and SRH