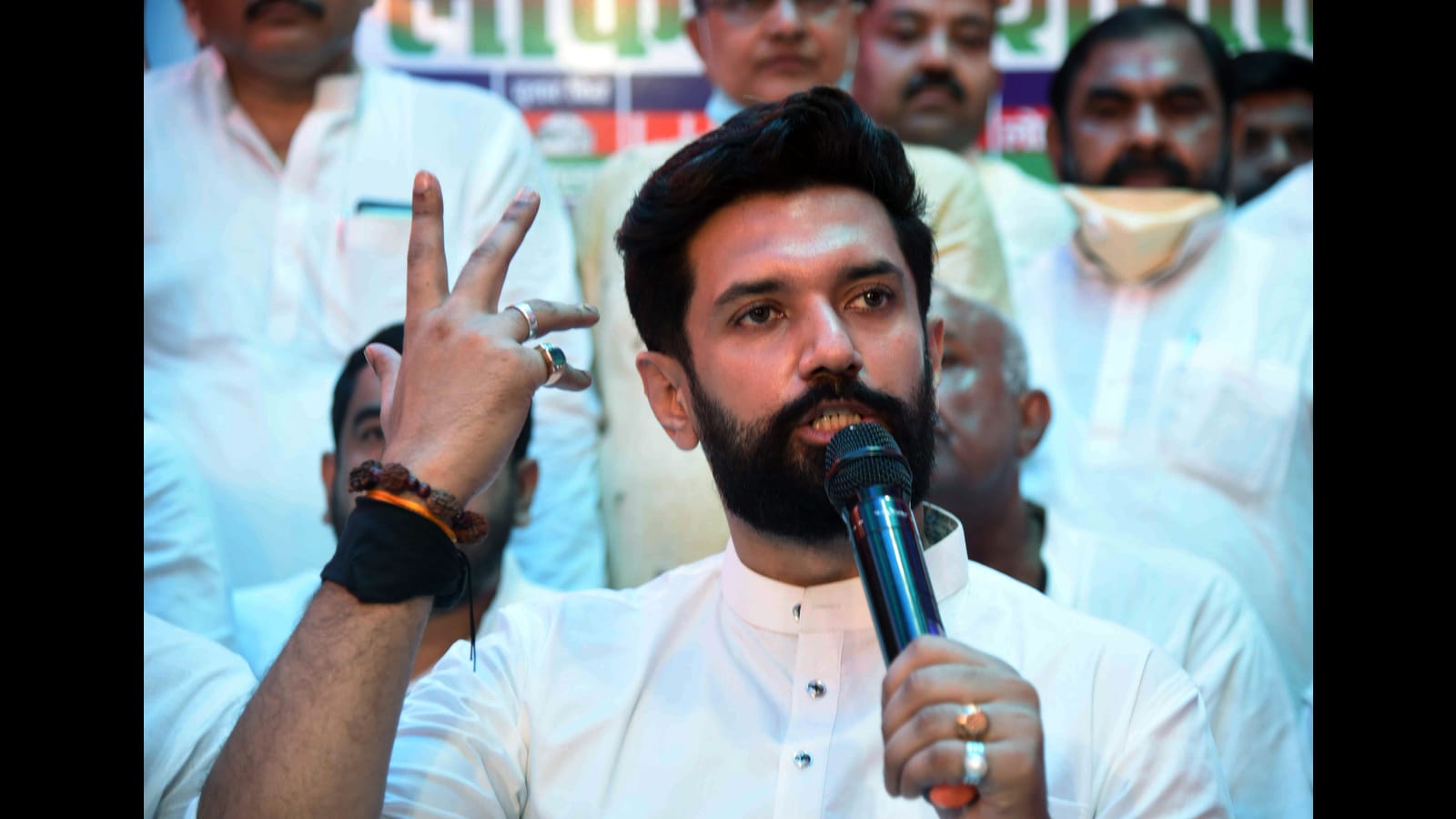 The Chirag Paswan-led faction of the Lok Janshakti Party (LJP) wrote to the Election Commission (EC) saying Union Minister Pashupati Paras’ claims to be elected party chairman are “false” and should be “rejected Â»Within a week or before the notification of the Bihar assembly by-elections for the constituencies of Tarapur and Kusheshwar Asthan.

The Paswan and Paras factions will field candidates in the yet to be announced polls, and both have claimed the right to use the party’s name and symbol. EC needs to see which group has the majority in the organizational and legislative wings to decide which faction claim can be accepted. So far, an EC official said, the Paras faction has not filed any petitions to claim the LJP symbol and name.

On June 16, Paras wrote to the EC that he had been elected head of the parliamentary party and that a new president would be elected at a national executive meeting. A day later, Suraj Bhan Singh signing on as returning officer / interim chairman informed the election panel that Paras had been elected national chairman of the party.

The Paswan faction’s letter to EC dated September 23 says the so-called election which Paras claims made him the party leader does not meet the requirement of Rule 15 of the Election Symbol Ordinance (reservation and allocation), 1968.

â€œThe party constitution was amended in 2014 at the national executive and was approved by the open day (collective of all district presidents) in 2017 in Gaya. It was the constitution that increased the president’s term from three to five years and stated that the president can only be changed if he voluntarily resigns or dies. Since Chirag was elected in 2019, a decision to which Paras was a signatory, he is the only one authorized to sign the forms of candidates fighting on the party list, â€said Abdul Khaliq, national secretary general of the party.

Khaliq also mentioned that he informed EC in June that Paras’ claims to be the party chairman violated the party constitution.

On June 15, Paras, along with four other Lok Sabha MPs, staged a coup against Paswan and said he did not enjoy the support of party leaders. They wrote to Lok Sabha Chairman Om Birla that the party’s parliamentary council, at a meeting on June 13, had decided that Paras would be the leader of the parliamentary party in Lok Sabha. Frictions between Paswan and Paras, who is also his uncle, worsened after the death of Ram Vilas Paswan, the founder of the LJP, and exacerbated when Paswan junior decided that the LJP would run alone in the Bihar assembly elections. and attacked the leader of Janata Dal (United) and the Chief Minister of Bihar, Nitish Kumar.

In a letter dated June 21, Singh informed the election panel that according to the party constitution, one person cannot hold multiple positions in the organization and that it is imperative to hold elections for the post of president. after the death of Ram Vilas Paswan.

He went to say that as an election officer he only received the nomination of Pashupati Paras for the post of president and during the electoral process all the members of the national council present at the meeting argued at the unanimously his candidacy.

Khaliq, however, dismissed the claims as contrary to the party’s constitution and said the Paras faction must go to court if they want to challenge Paswan’s presidency.

â€œThe EC had forwarded the letter from Paras indicating his elevation as party chairman for us to submit our report. However, it is not the mandate of the electoral panel to decide the question of party leadership. Their mission is limited to deciding on the symbol and the name of the party. If they (the Paras faction) want to claim leadership, they should file a petition in civil court, â€Khaliq said.

In August, the Paswan faction objected to the EC’s failure to refer to Chirag Paswan as chairman of the LJP in a letter addressed to it. â€œIt was communicated in November 2019 and January 2021 to the EC that Chirag has been appointed president for a period of five years. We said that the EC did not have the power to rule on issues raised by party members who were expelled.

Khaliq said at the national executive meeting held on June 15, 2021 in Patna that it was unanimously decided to expel Paras and four other MPs from Lok Sabha, Prince Raj, Veena Devi, Chandan Singh and MA Quaiser for anti-party activities.

â€œTherefore, any national executive meeting called by Paras is illegal,â€ he said.

Mahtab Alam, vice chairman of a Bihar unit of the LJP with the Paras faction, said they would claim the party’s symbol and name. â€œThere is still time for the poll. We will ask the EC to give us the name and symbol and also submit the documents, â€he said.