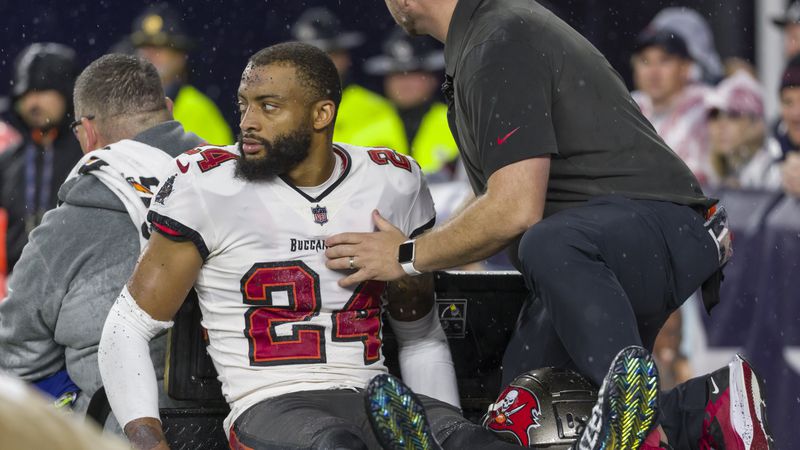 TAMPA – The Bucs’ initial practice of the week featured both promising and sobering imagery for their exhausted cornerback unit.

Opening night starter Carlton Davis, absent since suffering a special teams quad injury on Oct. 3 in New England, was seen running – apparently painlessly – with a trainer on the easternmost training ground during the brief training window open to reporters.

His starting colleague Sean Murphy-Bunting, who recently returned to training after dislocating his elbow in the season opener, was again perfectly suited for Wednesday’s session and looks set to be cleared for to play.

On the dark side, veteran Richard Sherman, who was treating a Grade 2 calf strain, arrived at training with his lower left leg in a protective boot.

Also not appearing during the training window open to reporters, nose tackle Vita Vea, who suffered a bone contusion and slight sprain from MCL in Sunday’s loss to Washington. Receiver Antonio Brown (ankle) was also absent.

Tight end Rob Gronkowski (ribs, back), who has played six snaps (all in New Orleans) in the past seven weeks, has been spotted in training wearing a helmet. Receiver Scotty Miller, who recently returned to practice, was seen fielding punters during the special teams period and could be set to return to action after missing six games with the ‘grass toe.

The Bucs also announced on Wednesday that long snapper Zach Triner, on injury reserve since tearing a tendon in his finger in the season opener, started his 21-day window during which he can train with the team without counting against the roster of 53 players. It can be activated on the list at any time during this window.

Coach Bruce Arians is expected to provide updates on players who have trained immediately after training. The Bucs host the Giants on Monday night.

Sign up for the Bucs RedZone newsletter to get updates and analysis on the latest team and NFL news from Bucs beat writer Joey Knight.