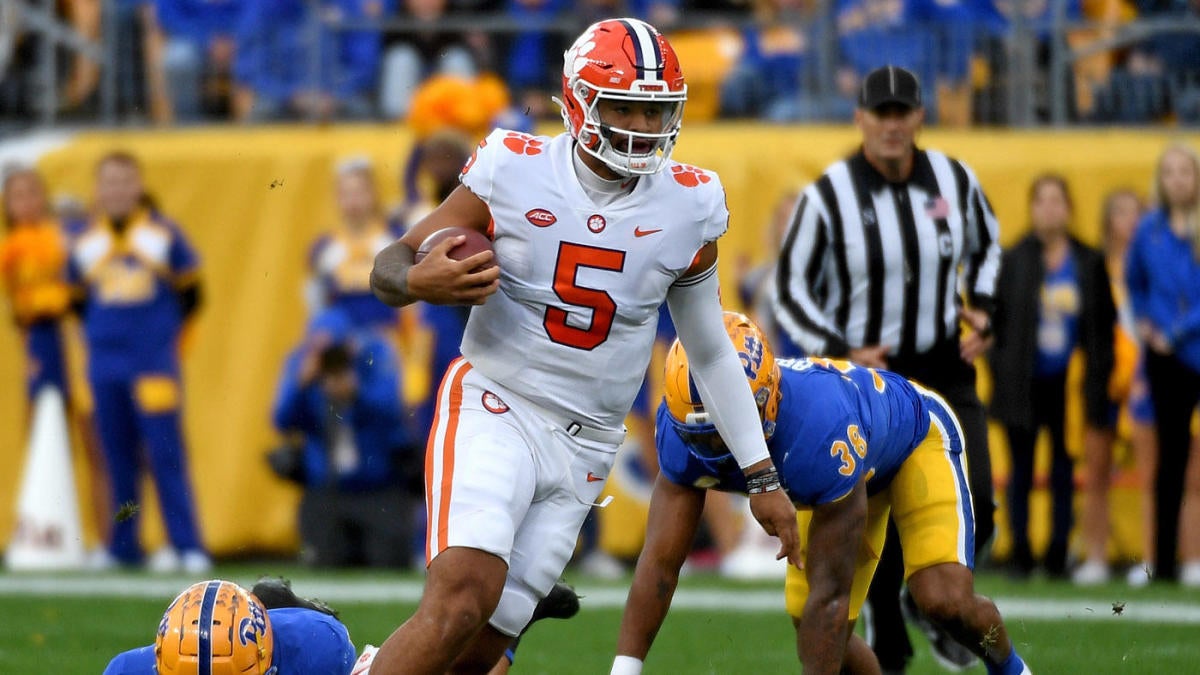 Clemson quarterback DJ Uiagalelei was benched after throwing two interceptions in the Tigers’ 27-17 loss to Pittsburgh, No.23, on Saturday afternoon. Uiagalelei was reinserted in the Tigers’ final possession – one touchdown in five games – but that was not enough to reduce the deficit to double digits.

Uiagalelei was benched in the third quarter after Pitt linebacker Sirvocea Dennis perfectly read a shovel pass, intercepting it for a 50-yard pick-six to give the Panthers a 14-point advantage. It was Uiagalelei’s last pass before he was benched in favor of substitute quarterback Taisun Phommachanh, who saw his first major action since a 75-yard throw against FCS South Carolina State.

The backup of the Tigers led the offensive on a field goal drive to reduce the score to 21-10 in the third quarter. However, he only completed 3 of 7 passes for 23 yards and rushed for 15 yards in his two practices. Clemson was outscored 6-3 with Phommachanh in the match.

Clemson’s offense has been a chore all season and Saturday’s loss was no exception. Uiagalelei completed just 12 of 25 passes for 129 yards and two picks, while adding 50 rushing yards. Pitt QB Kenny Pickett, a competitor from Heisman, threw for 302 yards and 2 touchdowns in one of the biggest wins since the program entered the ACC.

Uagelelei has struggled mightily since entering the 2021 season as the first seed for the Heisman Trophy. The sophomore completed just 55.7% of his passes for 974 yards, four touchdowns and three interceptions. His passer rating ranks last in the ACC among qualifying quarterbacks, a shocking twist from the elite quarterback lined up with No. 1 draft pick Trevor Lawrence below center.

Phommachanh suffered an Achilles tendon injury in Clemson’s spring game, but miraculously returned a few months later in time for training camp, where he landed the No.2 job in training. Phommachanh was ranked No.4 in the 2019 Class of Double Threat passer before arriving at Clemson.