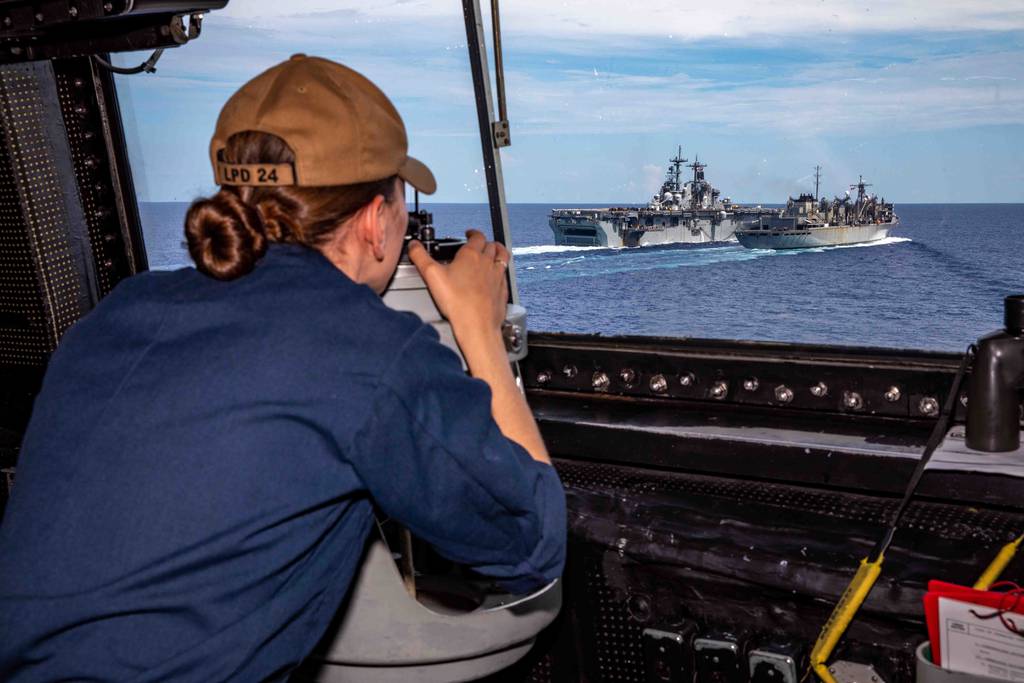 The US Navy’s welcome wave of experimentation over the past year is in danger of failing due to a lack of focus and equipment.

Originally conceived as a learning campaign to develop new operational concepts for its emerging generation of ships, unmanned vehicles, sensors and weapons, events such as the large-scale exercise and the problem of Integrated unmanned combat could end up being expensive photo ops unless the Navy sustains a rapid pace of experimentation that addresses its most important operational challenges.

In addition to overcoming organizational inertia, this will require the commissioning of more prototypes of unmanned systems at the heart of new approaches to fleet combat.

The Navy has been criticized for failing to develop a long-term strategy and force structure plan. While plans are essential to inform industry and Congress, the fleet’s most urgent need is to harness new technology by evaluating and incorporating promising systems.

Even at their current levels of endurance, automation, and survivability, unmanned vehicles such as the Medium Unmanned Surface Ship, the Mk-18 Medium Unmanned Underwater Vehicle, and the MQ- 9 could allow more scalable and sustainable operational concepts better able to increase uncertainty and costs for opponents.

A small number of fundamental operational challenges stand between the Navy and its deterrence of Chinese or Russian aggression; these should guide the development of the unmanned concept of the fleet.

For example, to counter the precision weapons of the two adversaries, it will be necessary to distribute manned and unmanned units at sea and on land to dilute the attacks, coupled with air defenses of greater capacity – and therefore of shorter range. The suppression of operations by Russian submarines or many silent Chinese submarines requires evolutionary approaches to anti-submarine warfare using unmanned systems that do not remove ships and manned aircraft from offensive operations. And threatening enemy forces in highly contested electromagnetic environments requires unrecoverable or consumable unmanned systems from space to submarine for detection, communication, and attacks.

The Navy’s initial unmanned programs and the recent unmanned campaign framework failed to align its proposed unmanned vehicles with the challenges they would face or the tactics they might allow. By delivering unmanned systems without clearly articulated use cases, the Navy has slowed its transformation. The service reduced the urgency to resolve operational issues and left Congress and industry in the dark.

The Unmanned Integrated Battle Problem exercise could help bridge this gap between problems and solutions, but instead pursued basic tasks such as evaluating unmanned systems as communication relays or monitoring platforms and targeting. These long established use cases for unmanned vehicles are table stakes in the military competition against China.

The Navy should consider the development and practice of operational concepts combining manned and unmanned systems to close chains of effects that attack, suppress or disrupt the enemy. And if years pass between each edition of the Integrated Combat Problem or the full-scale exercise, the learning will be lost and operators and program managers will be unable to refine their tactics or system requirements.

Congress could help the Navy avoid an innovation dead end by pushing department heads to keep up the pace of fleet experimentation. Congress has already provided naval services with some of the tools necessary to transform them into a distributed and more agile force. For example, the appropriation legislation for fiscal year 2019 included five prototypes of extra-large unmanned underwater vehicles to allow for the development of tactics, refinement of requirements and technical evaluations. Congress also funded the Marine Corps to purchase two MQ-9A Reaper unmanned aircraft for experimentation and concept development.

Congress is expected to complement these efforts by funding two prototypes of mid-size unmanned surface vehicles in FY22. The first Navy MUSV prototype was funded in FY19 and will be delivered by the end of FY23. It follows two experimental unmanned surface ships, the Sea Hunter and the Seahawk, built by the Defense Advanced Research Projects Agency and the Office of Naval Research.

Seahawk and Sea Hunter help the Navy work as an unmanned team, but are unable to carry the larger and more varied payloads that the MUSV will need to use for missions such as horizon targeting or electromagnetic warfare. , deception, communications or anti-submarine warfare. With a single MUSV prototype, the fleet will not have the flexibility to test new payloads while evaluating the vehicle itself. Additionally, waiting more than a year between the first prototype and subsequent MUSVs will slow down the workforce and the supply chain, delaying the transition to a production program.

In return for supporting the Navy’s unmanned transformation, Congress should demand that its leaders identify how the current generation of unmanned systems can help solve the fleet’s most pressing operational problems and how a maturation additional technology could increase their usefulness in the future. This is a different approach to the methodical process of acquiring large multi-mission warships with lifespans of several decades. If the Navy and Congress cannot come together to adopt an evolutionary path to revolutionary results, the United States risks deploying a reliable peacetime fleet unrelated to war prevention.