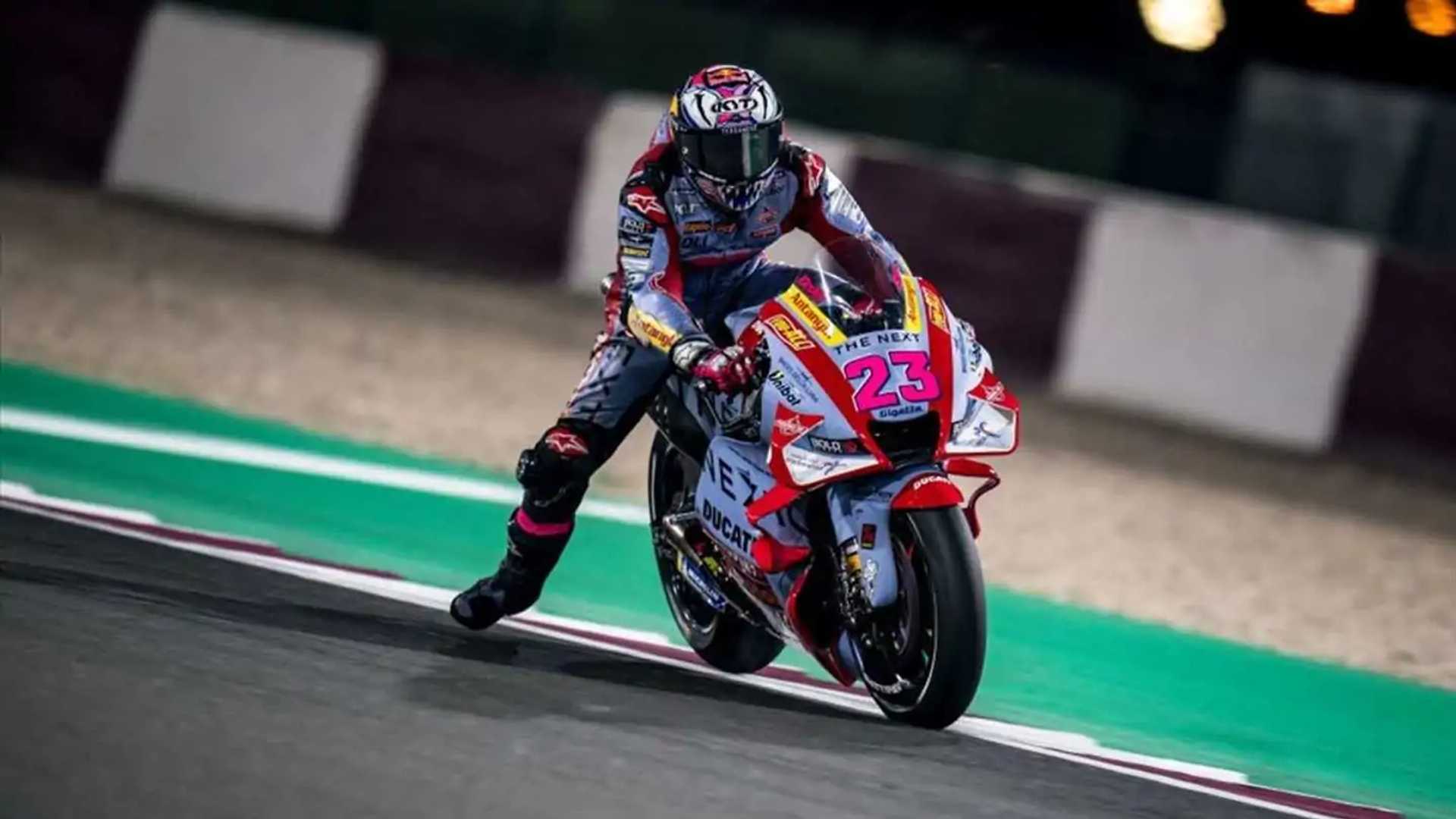 After a long battle with COVID-19, two-time 125cc Grand Prix champion Fausto Gresini died in February 2021. While MotoGP and Formula 1 held moments of silence for the influential rider and team boss, Gresini Racing remained with the factory Aprilia team through the 2021 MotoGP season. Prior to Fausto Gresini’s untimely death, he planned to re-establish Gresini Racing as an independent MotoGP in 2022.

With his passing, many in the paddock and in the stands wondered if the Gresini team would realize Fausto’s plans. Led by Gresini’s wife, Nadia Padovani, the Gresini Racing team has launched, signing a satellite contract with Ducati and fielding 2020 Moto2 champion Enea Bastianini and MotoGP rookie Fabio Di Giannantonio.

The revived team also continued to make waves in the offseason. First with its retro 2022 livery and with Enea Bastianini’s record lap time in the Sepang pre-season test. The Beast maintained that momentum until the first round of the 2022 season at the Lusail circuit in Qatar, capturing an early start just behind poleman Jorge Martin.

After a grueling battle at the front of the pack, Bastianini prevailed in the desert, winning his first MotoGP race and the first race for the new Gresini Racing team. While the number 23’s recent form aboard the Desmosedici GP21 ultimately saw Bastianini claim victory, he was quick to attribute victory to the late Fausto Gresini.

“I don’t know what to say, Fausto is pushing us from the sky, he is fantastic for the whole team,” explained Basitanini. “We all cried. I want to thank everyone who supported me, those at home, the team, I cannot describe the happiness. Fausto was a fantastic person and now Nadia is in charge and there is a great atmosphere in the team. Each person is as motivated as I am and that made this result possible.

Bastianini’s victory is the first premier class victory for the Gresini Racing team since Toni Elias narrowly beat Valentino Rossi to the finish line of the 2006 Estoril Grand Prix. A victory eluded Gresini with the Aprilia Factory team and the team is back on the road to victory with the 2022 race in Qatar. The occasion also marks the first time a female team principal has led a team to victory in MotoGP.

“Once again, a round of applause to Nadia for the courageous gesture of taking over, of getting things done. This is the achievement she deserves,” said Carlo Merlini, Marketing Director of Gresini Racing. “Nadia was in tears afterwards, I was in tears, everyone was in tears. It’s not like any other win.

Opinion: Home prices could rise another 20% this year, but black families are struggling to take advantage