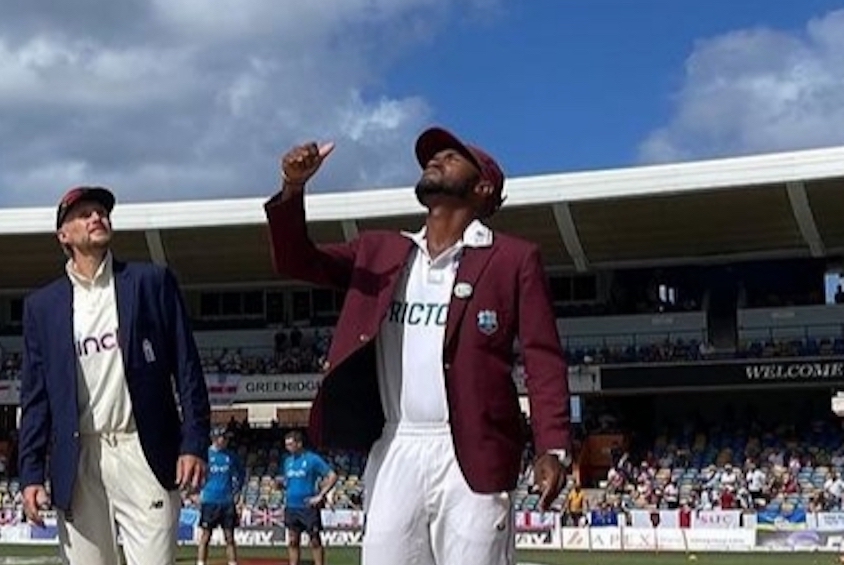 England won the coin toss and decided to beat West Indies on day one of the second Test on Wednesday at Kensington Oval.

West Indies are playing an unchanged roster but England have made two changes, bringing in Saqib Mahmood and Matthew Fisher for their Test debuts to replace fellow leaders Mark Wood (elbow injury) and Craig Overton (ill).

The first of three Tests in the series ended in a draw last Saturday at the Vivian Richards Cricket Ground in Antigua, and the final test will be played from March 24 at National Cricket Stadium in Granada.