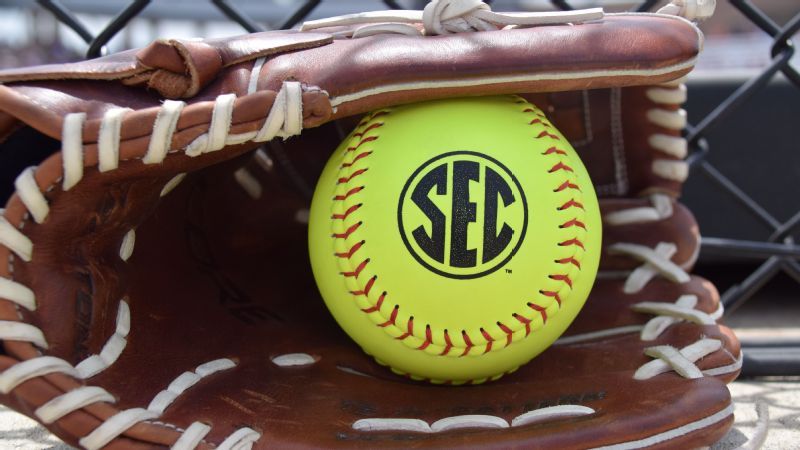 Four SEC finalists for NFCA Freshman of the Year

BIRMINGHAM, Alabama (April 28, 2022) – Four Southeastern Conference student-athletes are among the top 25 contenders for the 2022 Schutt Sports/NFCA Division I National Freshman of the Year.

The Schutt Sports/NFCA Division I National Freshman of the Year Award was established in 2014 to honor outstanding athletic achievement by Division I freshman softball student-athletes. To be eligible, student-athletes must be nominated by their member head coach and in their freshman year of NCAA Division I collegiate competition as a true freshman or redshirt freshman.

The SEC led the way with four winners. Representing the SEC are Megan Bloodworth of Alabama, Bri Ellis of Auburn, Kendra Falby of Florida and Koko Wolley of Texas A&M.

Bloodworth, an infielder from Cordele, Georgia, has played in 42 games this season, including 38 starts, and is 30 for 93 (.323) with 29 RBI, which is second on the team. Fourteen of his 30 hits went for extra bases, including seven homers. She also hits above .300 in the SEC game, batting 13 for 41 (.317). She has five multi-RBI games this season, including a five-RBI day in the season opener against Southern Utah.

Ellis, an infielder from Houston, Texas, is batting .298 with 36 hits, 29 runs and a team-high 41 RBI during her rookie campaign. Eighteen of her 36 hits are home runs, which ties her for first place in the SEC with Mississippi State’s Mia Davidson and eighth place nationally. Ellis is only the second Auburn freshman in program history to hit at least 10 home runs in his first season, and tied with three-time All-American Kasey Cooper for the home run record. first year of the program. Starting 45 games at first base, she has a .986 field percentage with 196 outs, 10 assists and just three errors.

Wooley, an infielder from La Porte, Texas, leads the Aggies in triples (4) and stolen bases (23), while ranking second on the team in batting average (.374) and runs marked (38). In the SEC, she ranks second in triples, fifth in stolen bases and 11th in hits (53). His four stolen bases in the Maroon & White win over Incarnate Word on April 5 was the most scored by an Aggie in a single game since Jamie Hinshaw stole that many in 2006. Additionally, Wooley became the first Aggie to record two triples in a game. since Amanda Scarborough in 2007. Wooley has started 43 of A&M’s 44 games at shortstop this season, reaching base in 38 of those outings. Annie Aldrete (Tennessee, 2014), Kasey Cooper (Auburn, 2014) and Amanda Lorenz (Florida, 2016) have previously received the Schutt Sports/NFCA Division I National Freshman of the Year Award from SEC Member Institutions.

On Thursday, May 12, the list will be narrowed down to the top 10, and the three finalists will be released on Thursday, May 26. The 2022 Schutt Sports/NFCA Division I National Year One will be announced on Tuesday, May 31. before the start of the 2022 NCAA Women’s College World Series in Oklahoma City.

Georgia back on the road to Baton Rouge