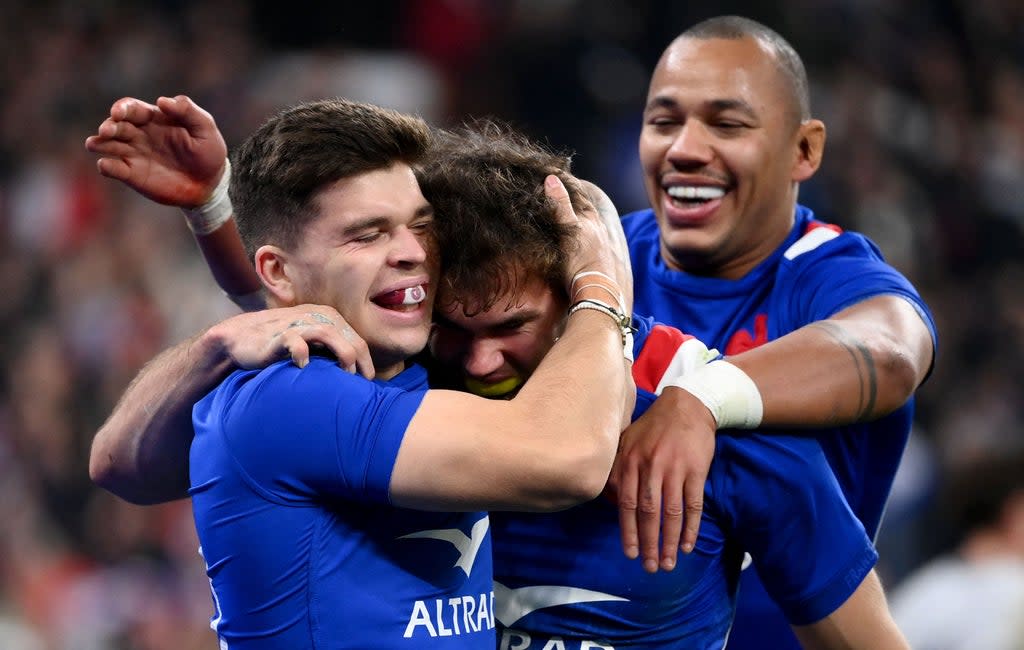 France survived a brief but brutal crisis to secure their first victory over New Zealand since winning 2009 in Dunedin by beating the All Blacks 40-25 in their last fall test with fluid rugby on Saturday.

The Blues, who had not beaten the triple world champions at home for 21 years, ended a streak of 14 consecutive defeats against their rivals with tests by Peato Mauvaka (2), Romain Ntamack and Damian Penaud while that Melvyn Jaminet kicked the rest. points with clockwork precision.

New Zealand, who threatened to come back with three tries in 20 minutes at the start of the second half thanks to Jordie Barrett, who kicked the other points, Rieko Ioane and Ardie Savea, suffered their second straight loss after losing been humiliated 29-20 by Ireland last weekend.

The home side’s breathtaking performance completed a perfect streak for France after wins against Argentina and Georgia, and gave them their first Paris victory against the All Blacks since 1973, two years before hosting the World Cup.

The thrilling test summed up the French game – an exhilarating mix of flair and power to which Les Bleus added their tendency to let things slip away.

New Zealand made seven changes to the squad that lost to Ireland, including bringing in Richie MoÃ¢ ?? Ã‚ ?? unga at the opening after Beauden Barrett failed to recover in time suddenly, alongside experienced scrum-half Aaron Smith, but they were rarely a match for the Blues’ balance, pace and power.

France coach Fabien Galthie, who captained the team that won 42-33 at Marseille in 2000 for their last home win over the All Blacks, returned Ntamack to his privileged opening half position after having it lined up in the center in previous tests and it paid off.

A quick combination between Dupont and Ntamack put the visitors’ defense on the back foot and on the resulting lineup the maul brought Mauvaka over the line.

Barrett, however, netted two penalties as France paid for a lack of discipline under sustained pressure.

France opened up an eight-point lead as Ntamack faked an outward pass before avoiding two tackles with a clever sideways step and diving.

Jaminet’s penalty at an angle extended the advantage.

France was threatening with almost every foray into the New Zealand half of the field, to the deafening roars of a noisy crowd going into ecstasies as Mauvaka passed another dominant maul from a roster for his fifth try in nine selections.

The Blues were less focused after the break and their advantage started to melt when Barrett hit the corner after a pass from Smith before Ioane dazzled in midfield to add a second try in four minutes.

France’s defense was at a loss and a maul driving a penalty line-up sent Savea over the line. Barrett converted to reduce the deficit to two points.

A splendid counterattack of his own 22 meters by Ntamack brought France closer to the line and Savea was condemned for losing his footing with the hosts in control after Jaminet’s penalty.

Crestfallen then grabbed a loose ball and raised his arm in early celebration as he ran unchallenged towards the line to give France a lead they wouldn’t give up.