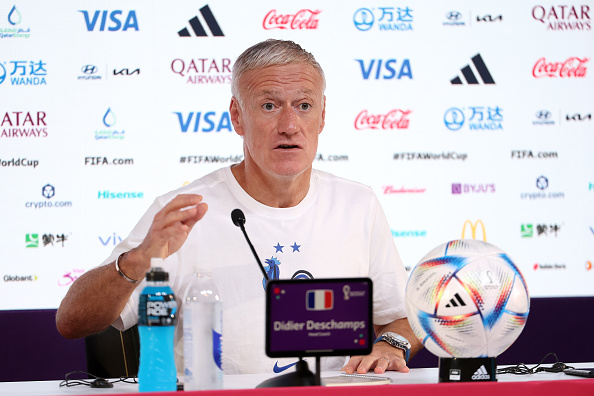 And he knows they won’t be child’s play in their World Cup opener in Qatar on Tuesday night (Wednesday 0600 AEDT).

But the nerves? A trepidation in the French camp?

“There is no apprehension,” Deschamps told reporters.

“There is no anxiety or anything. Everyone is calm. There are cool heads.

“We know Australia will give us our money’s worth…we don’t count our chickens until they’ve hatched.

“We know our three opponents in front of us, we know Australia very well.”

“It’s based on statistics, probabilities, facts,” he said.

“But I think each team has taken their own journey to get to where they are today.

“It’s up to us to have a squad that is aware of the goal of the first game.

“We are not going to think about what could have been, what is important is to focus on the first game against Australia.

“Everything that was before is on the sidelines now. There are analyzes that can be done, do with it what you want, but we will be ready.”

Deschamps, who oversaw the France national team for a decade, was also not worried about the spate of injuries that plagued his side.

“It’s full steam ahead with the squad we have at our disposal,” he said.

“Less ambition and less desire to do everything to get to the end? I don’t think so.

“My options have changed. But I already had different options open to me and different possibilities for my training and that remains the case.”

Injuries will force France to field a team with less experience but still with strong leadership, he said.

“We have enough players who are able to stimulate, to push others forward, to speak in the locker room, on the pitch, on the sidelines,” he said.

“It’s important that every player is a leader in his position and then we’ll see what he’s made of on the pitch.

“Rome wasn’t built in a day, it can’t be done overnight. But we have exactly what we need.”