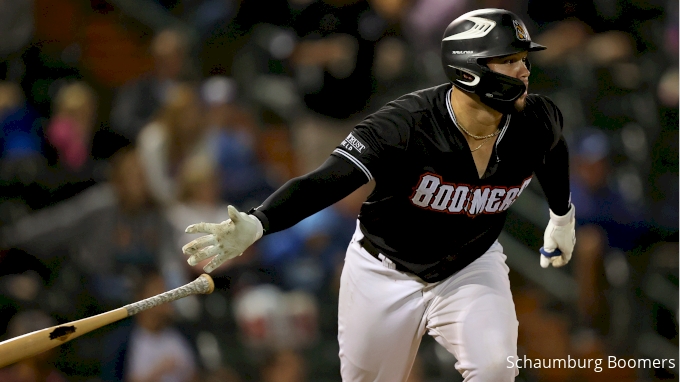 A best-of-five series for the Frontier League Championship has become a best-of-three showdown.

Rebounding from a tough Game 1 loss on Wednesday night, the Schaumburg Boomers opened up a late tie and eventually eliminated the Quebec Capitales, 9-1, to tie the series at one game apiece. The rest of the series heads to Canada, resuming Saturday night.

A solid clash of starting pitchers in Game 2 more than lived up to the billing, with Schaumburg’s Shumpei Yoshikawa and Quebec City’s Codie Paiva nearly competing through the first five innings.

William Salas’ home run off Paiva to start the third opened the scoring for Schaumburg on Thursday, and Yoshikawa held the fort down for the duration of his 5 1/3 inning outing, allowing just three hits and two steps, while knocking. out of five and keeping the Capitals off the scoreboard.

Thomas Nicoll entered the game in relief from Yoshikawa and recorded the final two outs of the sixth without a problem, but he wasn’t so lucky in the seventh, when a field error by first baseman Braxton Davidson allowed Jonathan Lacroix to score an unearned point, tying the game at 1-1.

Paiva had allowed just one run in six innings, but he may have been left a little too long. He allowed back-to-back singles from Clint Hardy and Blake Berry, who were promoted to second and third respectively on Salas’ sacrificial bunt.

Brett Milazzo delivered the big blow, tackling Hardy and Berry to give the Boomers a lead they wouldn’t give up, a play made worse by an error from Paiva that lifted Milazzo to second.

It was the last batter he would face.

Samuel Adames recorded the final two outs of the inning but then allowed the first five men he faced in the eighth to reach base. Mike Hart’s two-run double took Schaumburg’s lead to 5-1, and reliever Ian Codina allowed his three legacy runners to score – on a stolen sack from Salas and a two-run triple from Milazzo – before Alec Craig veered on a final run with a sack fly of his own.

Why Brooklyn Nets must avoid the all-defensive team free agent