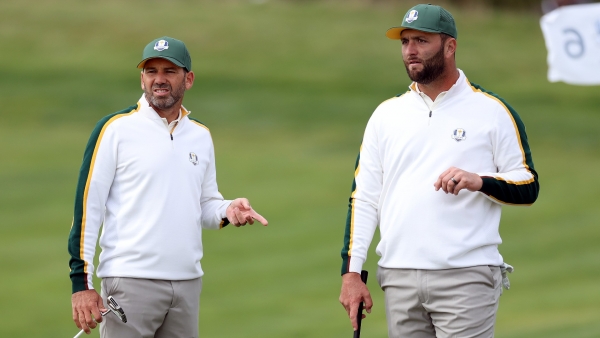 The time for talks is almost over as the coronavirus-delayed 43rd Ryder Cup kicks off Friday at Whistling Straits.

Europe are heading into the highly anticipated showdown with the United States as the defending champions after winning 17.5 – 10.5 at Golf National in 2018.

This year’s edition in Wisconsin promises to be as competitive as ever, with the United States hoping their rookie squad can win against their more experienced European opponents.

Here, Stats Perform selects the best facts and figures before the first start.

THE RECENT DOMINANCE OF EUROPE

– This year’s Ryder Cup is the 43rd edition, with almost half of them (21) pitting Europe against the United States. Due to the tournament being delayed by one year due to the coronavirus pandemic, it is the first Ryder Cup organized in an odd year since 1999.

– Europe has the upper hand with 11 victories since 1979, compared to eight for the United States. There was a tie in 1989, which saw Europe regain the cup after winning the previous edition two years earlier.

– Europe have won nine of the last 12 Ryder Cups, including half of the last eight contested on American soil.

– Six of the last eight Ryder Cups have seen a final score difference of at least five points. The gap has never been more than three points in each of the eight previous editions (1987 to 2002).

– This year’s Ryder Cup is the first to be played in Wisconsin, making it the 19th US state to host the tournament, with only California, Massachusetts and Ohio having hosted more than once.

– The United States has won 12 of 20 singles sessions against Europe since 1979 (60 percent). However, since 2002, Europe has taken over the Sunday format, win it six times in nine attempts.

WESTWOOD LEADS THE WAY TO AN EXPERIENCED EUROPE

– With a combined total of 156 Ryder Cup games played, it’s the most experienced European team since the 1995 edition (196 games). Three players make their European debut: Bernd Wiesberger, Viktor Hovland and Shane Lowry, half the number of the American team (six).

– In Sergio Garcia and Jon Rahm, Spain has a playing representative at the Ryder Cup for the 21st consecutive edition. In fact, apart from England, they are the only nation to have had at least one player in every Ryder Cup edition since the introduction of Team Europe in 1979.

– Rahm – world number one and most recent European winner (US Open 2021) – is playing his second Ryder Cup. He won only one of their three matches in 2018, but it was the singles match against Tiger Woods, only the American’s second singles loss after 1997.

– Rory McIlroy makes his sixth consecutive Ryder Cup appearance (all since 2010), the longest current race among European players. He has played all sessions of the tournament since its debut in 2010.

– Viktor Hovland is the youngest Ryder Cup player of this year – he will be 24 years old and six days old on the opening day of the tournament. He is also the first Norwegian to participate in the tournament.

– This is Lee Westwood’s 11th Ryder Cup, joining Nick Faldo as the European player with the most appearances at the biennial tournament. If he plays at least four matches, he will overtake Phil Mickelson for the most in tournament history. Westwood is also the oldest player in this year’s tournament.

HISTORY OF THE UNITED STATES

– The United States has six Ryder Cup rookies at this year’s tournament, the biggest since 2008. In fact, they’ve won the previous two editions against Europe where at least 50 percent of their squad was made up of newcomers: 1979 (eight rookies) and 2008 (six rookies).

– Collin Morikawa is the youngest American player at this year’s Ryder Cup – he will be 24 years, seven months and 18 days old on the opening day of the tournament.

– Tony Finau’s first Top 10 in a major tournament was held at the 2015 US PGA Championship at Whistling Straits. He won two of his three matches in his only previous Ryder Cup appearance in 2018, establish the second best point ratio (66.7%) in the US team after Justin Thomas (80 percent, four out of five possible points).

– This is Brooks Koepka’s third consecutive appearance in the Ryder Cup. He won three of their four games the last time it was held in the United States (2016).

– This is Jordan Spieth’s fourth consecutive appearance at the Ryder Cup. He collected eight points out of 11 possible in fourballs / foursomes, 73 percent rating rate. Only Tom Watson, Arnold Palmer and Jack Nicklaus have a better ratio among American players in the squad format.

– At 37, Dustin Johnson is the oldest member of the U.S. Ryder Cup team this year. This is his fifth appearance in the flagship event, winning only one of his previous four (2016). He is the American player with the most games played in tournament history without a single half point (W7 L9).

– Bryson De Chambeau lost all three games in his only previous Ryder Cup appearance in 2018. He was the only American player not to score alongside Phil Mickelson and Tiger Woods, with whom he teamed in 5 and 4 losses.