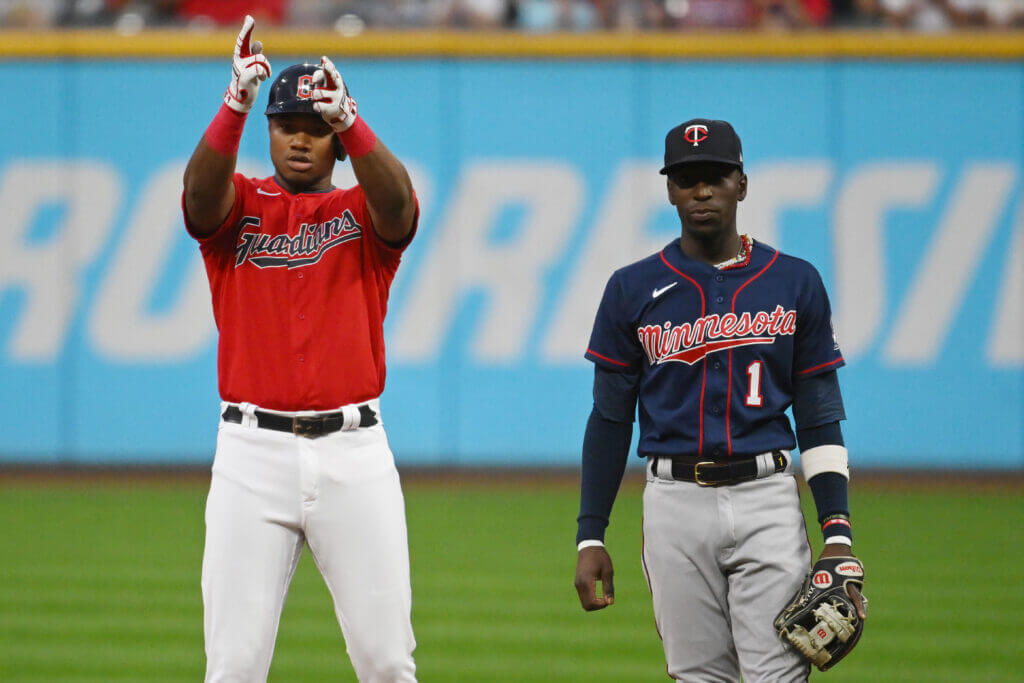 Needing to defeat the Guardians at least three times, and more realistically four times, in the four-day, five-game showdown in Cleveland just to keep their playoff hopes afloat, the Twins instead lost each of the three first games and four outs. out of five in total. They were reduced to spectators in a divisional race they rode for much of the season.

What was supposed to be great drama turned into a first-place team putting a third-place team out of their misery, as the Twins have now lost nine of their last 10 games to the Guardians. Leading the division by five games in mid-July and tied for first place as recently as Sept. 4, the Twins will spend the final three weeks of the 2022 season simply playing string.

There is no need to analyze playoff odds or compare remaining schedules for the stretch race. There’s no need to worry about the oddity created by the lockout that allows the Guardians to finish with six straight home games against the lowly Royals while the Twins are on the road against the White Sox. None of that matters because the Twins couldn’t play well enough to count.

There’s no getting around the role injuries have played in the Twins’ struggles. They placed 31 players at the top of the AL on the injured list for more than 2,000 days in total, and in the biggest series of the season, they released half of a Triple-A list, without Byron Buxton, Jorge Polanco, Tyler Mahle, Royce Lewis, Max Kepler, Ryan Jeffers, Trevor Larnach, Alex Kirilloff and many more.

This has been the case all season, and it would be silly to deny the reality of how damaging so many injuries can be to a team’s ability to stay in contention. But it would be equally foolish to suggest that injuries should excuse losing nine of 10 to the Guardians, or four months playing as the Royals and Tigers. Injuries are the reason for some things, not the excuse for everything.

If the Twins had battled down the home stretch to finish just short, doing so without many of their best players could be seen as a positive, or at least a mark of a noble effort in difficult circumstances. But simply falling apart, losing nearly every matchup against the team you’re chasing in a division so awful it was nearly impossible to pull out of the race, is beyond excuses.

This team was never healthy, but they also never got the rotational help they so clearly needed, never adjusted from their quick starter management to account for the subject bullpen. to implosion, never hit consistently with runners in scoring position and never shored up his shaky, error-filled base run and lineout. This team might be better if they were healthy, but they certainly didn’t deserve better.

For the fourth time in six years with a front office led by Derek Falvey, the Twins have a below-average pitching staff, ranking 10th out of 15 ERA teams after finishing 14th in 2021. That might be okay for a young staff on the rise, but the Twins have had just 13 starts from pitchers 25 and under all season and rank fifth among the oldest employees in the league.

Trading for Sonny Gray in mid-March proved to be a smart move, but trades for Mahle, Chris Paddack, Jorge López and Emilio Pagán failed miserably and bargain-priced free agent signings Dylan Bundy, Chris Archer and Joe Smith provided little value. Banking on young arms to fill the many blanks was a flop, as more top prospects were injured than at the majors.

Matt Wallner’s first hit was a homer off former Cy Young winner Shane Bieber. And the Minnesota native’s family is in the crowd, going crazy.

Such a great moment. pic.twitter.com/mmGDxfrXAx

It’s possible a healthy roster could have made up for that lack of pitching, but the Twins rarely had their offensive core together at all times, and by the time they got to Cleveland they were looking to Gilberto Celestino, Jake Cave, Kyle Garlick and Sandy León as regulars, with Jermaine Palacios, Mark Contreras, Billy Hamilton and Caleb Hamilton on the bench.

The twin outfielders hit the worst AL .202 with a .585 OPS since Aug. 1, including .167 in September, but they haven’t called Triple-A St. Paul’s top outfield prospect Matt Wallner until that their playoff odds are single digits. And they never called the Double-A machine on the Edouard Julien base to help replace Polanco, which would have freed up Nick Gordon for outside duties.

Lack of spending is no longer a valid excuse either. This season’s $140 million payroll is exactly the average for MLB teams and ranks second in the AL Central. Cleveland will likely win the division with a payroll under $70 million, spending half as much as the Twins. It is not the payroll available at the front office that is the problem. That’s how they spent it.

Now they are out of the playoff picture with three weeks remaining and already face an offseason with many big questions and few satisfying answers. Why does the front office fail so little to sign and trade for good, healthy veteran pitchers? Why hasn’t the long-awaited pitching pipeline produced more young impact arms? Why can’t the training staff keep someone healthy?

And, perhaps the most dispiriting question of the offseason: why should the Twins be expected to be significantly better next season?

Carlos Correa, who leads the team in Wins Above Replacement, is likely to step down, as has been the case since the time he signed. Royce Lewis, his natural replacement, is out until mid-season. Any semblance of rotational depth relies on Mahle, Paddack, Kenta Maeda and other injured starters to stay healthy. And no one knows how many games to expect from Lewis, Buxton and Kirilloff.

After disappointing and frustrating back-to-back seasons, it’s clear the status quo isn’t working. There are huge holes in the list that need to be filled and general questions that need to be answered about the front office, the coaching staff, the training staff, and the pitching pipeline. This team needs to change the way they do things or they need to change the people doing things. It’s not good enough.