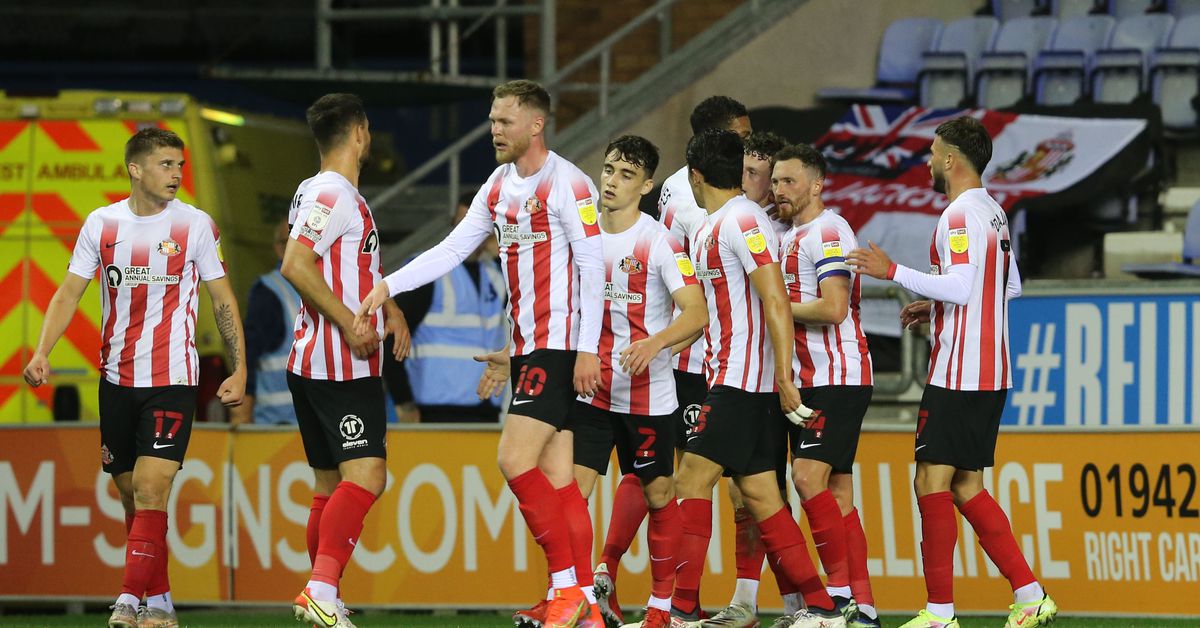 How many players who played at Wigan are expected to be in the starting XI on Saturday?

In all the time I’ve watched Sunderland since the mid-’90s, we’ve never had two starting elevens as complete or interchangeable as the ones we seem to own now. Even during Season 105, they spoke of in-depth strength, but not at this point.

There were at least 4 players in last night’s starting squad who were set to earn places on our ‘Championship squad’ which most would have assumed to be guaranteed first teams in early August.

It’s a healthy dilemma for Lee Johnson to ponder over the next few months.

If someone isn’t up to their game on Saturday, Lee Johnson can almost level up. We’ve all heard of an exciting prospect for Dajaku and he didn’t hurt himself on Tuesday night. Pritchard and Broadhead also show their extensive credentials.

I doubt Johnson really knows his best team yet, but there’s no way we can complain about our departure so far or his handling of the squad to date. If our game management is a little questionable, there is no choice of players to answer a given question.

With such a big and healthy team, it’s great that we have so many options and so much strength in depth.

Lee Johnson said in his post-match interview that it was “almost embarrassing” that Nathan Broadhead didn’t start, due to the competition ahead, and the blunderer also hinted at the quality of our summer recruiting.

We may be spoiled for wealth right now, but we’ve seen in previous seasons that League One’s rigorous match schedule puts every team to the test. A team in great shape can burn out very quickly due to injury.

The league remains the priority and I will stay with the first choice team which has started the campaign so well so far.

Johnson himself has said the selection is tough but a healthy issue to have, and even admitted we don’t have a concrete starting XI yet. Therefore, Broadhead and Huggins will surely have gotten themselves into contention for the weekend.

The cup races can only be positive this season, they will allow us to turn and give playing time to all our players. We can’t select 22 players on Saturday but the competition is definitely hot.

I have no doubt that all those who impress will have their chance to shine and that every player will be essential by the end of the season.

Success breeds success, so why not rotate and have a cup run, or two, while keeping the focus on the league. We won a cup last season, but now we have the depth to compete on all fronts.

That’s a great question, and one that’s going to really cause some head coach headaches as we approach another crucial pair of league games, starting at home this Saturday against Bolton and then hosting Tuesday. Cheltenham.

Like many, I didn’t see the game, but from what I read and based on the highlights, we played really well. We dominated the ball, had nearly double the shots they did, were rarely troubled at the back and had a really encouraging performance in this win which is exactly what we need after the disappointment to have lost two points last weekend.

I think Huggins has the biggest cry for a league start after his man of the match performance and assist, although it looks like he got tired late, and maybe still has the fitness to develop as he left after 79 minutes with cramps (I think, and hopefully).

Luke didn’t hurt himself with a good performance and our second goal, but the other bright spot in midfield was the return of Evans who seems to be in control of the game. We missed it in his absence for me. The shutout happened for the goalkeeper and the defense, but I’d bet he played a big role in it in front of all four defenders.

In terms of offense, both Dajaku and Broadhead have reason to stand a chance, and the way they combined was apparently very promising as well. Pritchard played well too, but if he has to usurp Embo he could still warm up the bench as we burn out.

The good thing is that we faced a second team with eight changes (like them, to be fair) but we showed the in-depth strength that we have, and for that we and Johnson have to be very grateful. We’ll need that depth to continue our residency in the top two spots of the long and grueling league one season.

Whoever he chooses, I don’t think Johnson will have a big problem with the staff. He created the embryo of proper team spirit and ethics, and the players know they will have a chance if they fight for places and do well, even the youngest.

Also, now I think we can and should get into these cup races, as it will keep all troops active and happy, and continue to show us options and tactical variations to use.

This is a much healthier selection dilemma than we have known for a long time. However, I generally prefer to field our strongest team and I certainly think the league games are a priority.

The Wigan team showed as many changes as ours. The takeaway from Tuesday night’s game is that we probably have the strongest team. I don’t feel like our defense has been under a lot of pressure, so if everyone is in good shape I would play The Hoff in the ‘net’.

Winchester and Cirkin are nailed to the back. Doyle and Flanagan, for me, deserve the opportunity to continue their good start to the season as a central duo. Huggins didn’t hurt him last night and can keep pushing off the bench if he’s in good shape.

Our midfielder is a real enigma. I would play Evans alongside O’Nien. Evans brought some sane control and passing, and stepped up in the right moments.

McGeady Neil and Embleton all return in the starting XI, although McGeady may be the luckiest of them given Dajaku’s good performance. Like Huggins, Dajaku may consider himself unlucky, but hopefully he pushes off the bench.

Stewart is expected to return and build on his excellent start to the season. Broadhead and O’Brien may also consider themselves unlucky not to play, but hopefully they have at least some playing time to keep their confidence up. Pritchard, for me, still has a bit of work to do to hold onto a starting spot, although he appeared to be a bit more comfortable on Tuesday.

Hopefully Johnson will continue to run the team in Cup games. Injury, suspension, and loss of form all need to be planned for, and for the first time in a long time, it looks like we have some smart options.