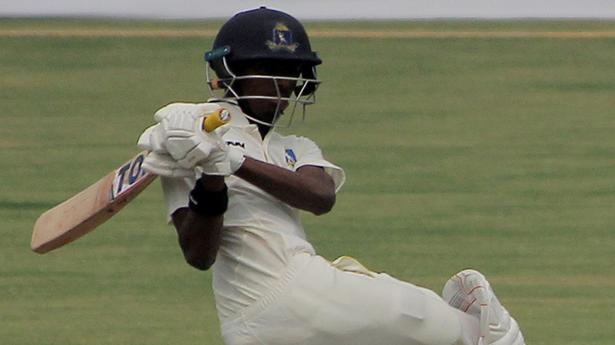 Abishek Porel, 19, is way ahead of his age in terms of handling pressure.

Even after forging a winning century-old stand with Shahbaz Ahmed to help Bengal record a victory from behind against Baroda in their Ranji Trophy opener at Barabati Stadium here, Abishek – who scored half a century (53 not ) in his early days – kept his emotions in check.

“I was optimistic about Abishek’s debut. He was disappointed as he did well in the Cooch Behar Trophy but didn’t have a chance in the U19 World Cup (as he remained a player reserve) I cheered him up by telling him to prove his worth.

“He is a natural player and plays according to the situation. Never comes under pressure. Normally he beats order, but here he handled the situation well by beating lower,” Das said.


“Abishek has a classic style of wicket attire. It’s his passion. However, he needs to work on his footwork. I will ask Wriddhiman (Saha) to work with him.

Abishek, who followed in the footsteps of his cousin and Bengal fashion designer Ishan Porel to get into cricket, said some advice from Ishan benefited him while playing in the elite national tournament.

“There are differences between the under-19s and the seniors. My brother advised me to be patient because there wouldn’t be too many easy deliveries.

“Senior players like Manoj (Tiwary), Shahbaz (Ahmed) and Abhimanyu (Easwaran) are all like friends and guide me well. I don’t feel like I am among the seniors,” Abishek said impatiently. to have a successful season.