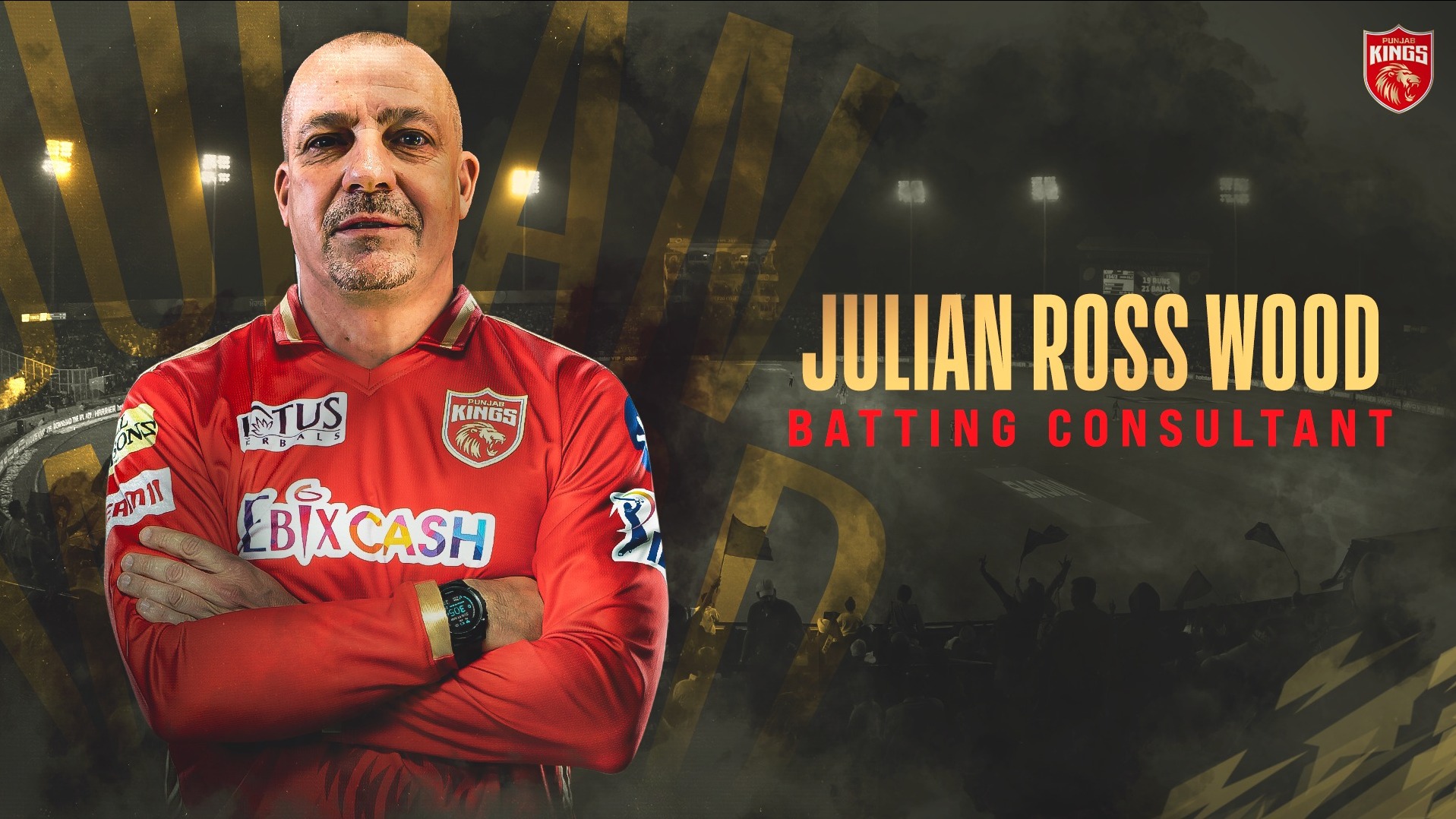 Punjab Kings batting consultant Julian Wood says they are the dark horse of the IPL and can win their elusive title this year. On March 14, the Punjab franchise appointed Wood as their batting consultant, with a focus on power hitting technique, for IPL 2022.

Wood runs his training center – Julian Wood Cricket Academy – in Reading, and he trains batters to incorporate modern T20 power hitting techniques into their games, a skill that is simply essential in modern cricket.

In the past, Wood has worked as a batting coach for the Big Bash League Sydney Thunder franchise and the PSL team. Sultans of Multanand has also worked alongside many top international cricketers like England Test skipper Joe Root, Indian batsman Prithvi Shaw, West Indies all-rounder Carlos Brathwaite and England duo Sam Billings and Sam Curran.

I was very excited to have this opportunity: Julian Wood joins the Punjab Kings

Wood said he was very excited about his first stint at the IPL and was trying to acclimate to the new team environment and new set of players in his coaching career.

“Very excited. When I was called up, I was in the Bangladesh Premier League. Jonty Rhodes asked me if I was available. I was very excited to have the opportunity to be here and now I’m here, just jumping on the pieces of a start really. Trying to get involved because it’s a new team, it’s also a new team of coaches, a new team of players and the atmosphere and the environment that has been created, it’s rather pleasant to be in it,” Wood told Sportskeeda.

“My exact role within the Punjab team franchise is that of a batting consultant. But I see myself emphasizing the ball-striking side. As I said before, these guys can beat all of them so I believe now in T20 cricket you don’t need batting coaches anymore you as coaches now need more specialists and you need to bring some difference to the table to stimulate and challenge them more and that’s what I’m doing,” he added.

I think we are the dark horse: Julian Wood

The Punjab Kings have never won the IPL title in the past 14 years, in fact the last time they qualified in the knockout stage was in 2014 when they lost to Kolkata Knight Riders in the final by three wickets. Wood admitted that Punjab are not successful as MI or CSK but the former Hampshire player wants to change course this season.

“I think we are the dark horse, all the big guns, Mumbai Indians, Chennai Super Kings, Delhi Capitals, everyone talks about it. However, I haven’t heard much about our team being mentioned much on TV, which is good because we can stay under the radar, although I think we’re a pretty explosive team with the bat and the bowl. So I think we can win it and hopefully we have a lot of luck with this one,” he said.

Read also: IPL 2022: Punjab Kings are a side that haven’t done justice to their talent over the years – Sunil Gavaskar