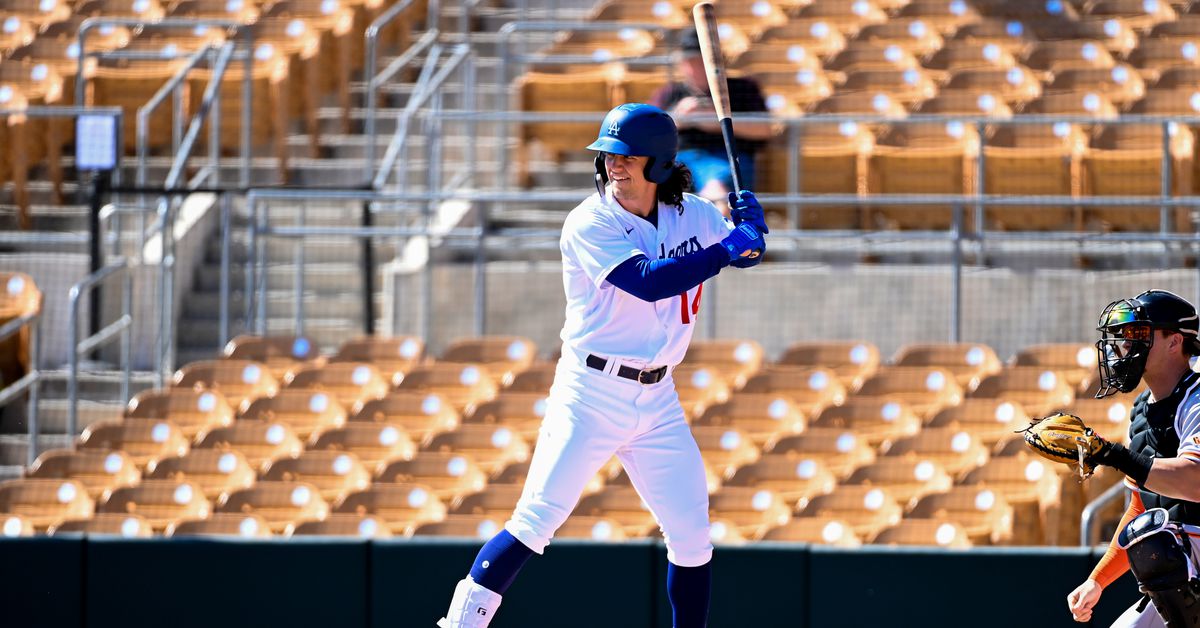 James Outman has had a solid week for the Glendale Desert Dogs, representing the Dodgers in the Arizona Fall League. The 24-year-old started three of six games for Glendale, going 4-for-9 with two doubles, one homerun, three RBIs and three walks.

Prospect # 27 in the Dodgers System according to MLB Pipeline, Outman has four more hits in seven total games in the Arizona Fall League, good for an OPS of 1.243. The outfielder has 48 extra-base hits between High-A and Double-A this season and has performed exceptionally well following his promotion to Tulsa in July.

Check out Dodger’s other prospects this week:

Kody Hoese – The third baseman went 1-for-5 to plate in two starts, walking twice and scoring a run. Hoese comes in at # 13 on Dodger’s Top 30 Prospects list.

Carson Taylor – The receiver made his AFL debut on Tuesday, going 2-for-4 with a home run and two runs scored. Taylor (No. 30) started two games and finished the week 2-for-9.

Landon Knack – The No.8 hope started a game this week and got a bit hurt. The right-hander allowed four hits in 2 2??3 innings, allowing three earned runs. Knack put out six of the 12 batters he faced when he walked none.

Bobby Miller – Selected by the Dodgers in the first round of the 2020 Draft, Miller has made a name for himself in the minors this year. The right-hander pitched in one game this week, playing two innings on Thursday. Miller allowed two runs on a hit and a walk, striking out two on strikes.

Jeff Belgian – One of the Dodgers’ two relievers in the AFL, Belgian was drafted in the 18th round in 2019. Belgian has appeared in two games this week, combining for 2 2??3 innings, allowing two runs on three hits, including a solo homerun, four strikeouts and two walks on balls.

Kyle Hurt – The other reliever in the group, Hurt threw 2 1??3 scoreless Wednesday, taking two out of holds and walking two. Hurt started four of the 12 games he appeared between the Arizona Complex League Dodgers and Low-A Rancho during the regular season.