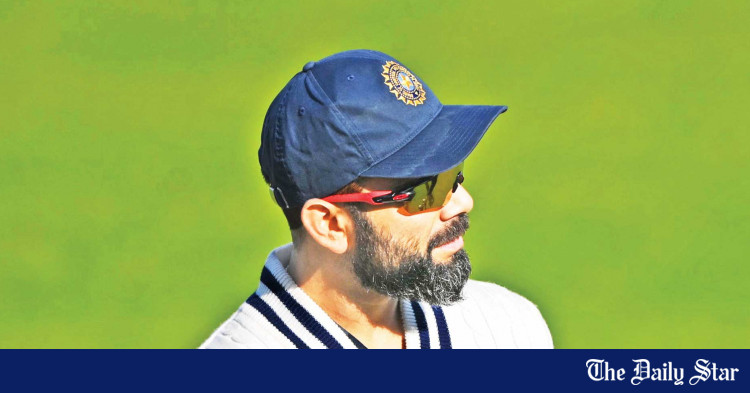 Virat Kohli dropped out of the top ten in the ICC Test Batting Rankings for the first time since November 2016 after the latest ranking updates took place today.

Since his 2011 debut for India in Testing, Kohli has amassed over 8,000 runs in the format at an average near 50, but his recent form sees him slip out of the top ten for the first time in six years. Kohli’s last ton in Testing came against Bangladesh at home in 2019.

For all the latest news, follow the Daily Star’s Google News channel.

Kohli only managed scores of 11 and 20 against England and fell three places to 13th in batting.

Bairstow has 1,218 runs at an average of 55.36 with six centuries in the current ICC World Test Championship cycle.

Rishabh Pant’s recent form with two tons and three halfs in his last six Test innings has earned him the highest position ever in the Test batting rankings, moving six places to fifth. .

Joe Root continues to reign at the top of the table and an unbeaten century (142*) in England’s record chase at Edgbaston sees him reach his highest points (923).

Bangladesh’s Liton Das fell one spot to 14th in the rankings while Mushfiqur Rahim, who was 18th, fell one spot below to 19th in the Test batting rankings.

Flyhalf Tamim Iqbal and captain Shakib Al Hasan both fell one place to 40th and 41st respectively. Nurul Hasan Sohan’s 50s in the Test series saw him move up two places to 82nd.