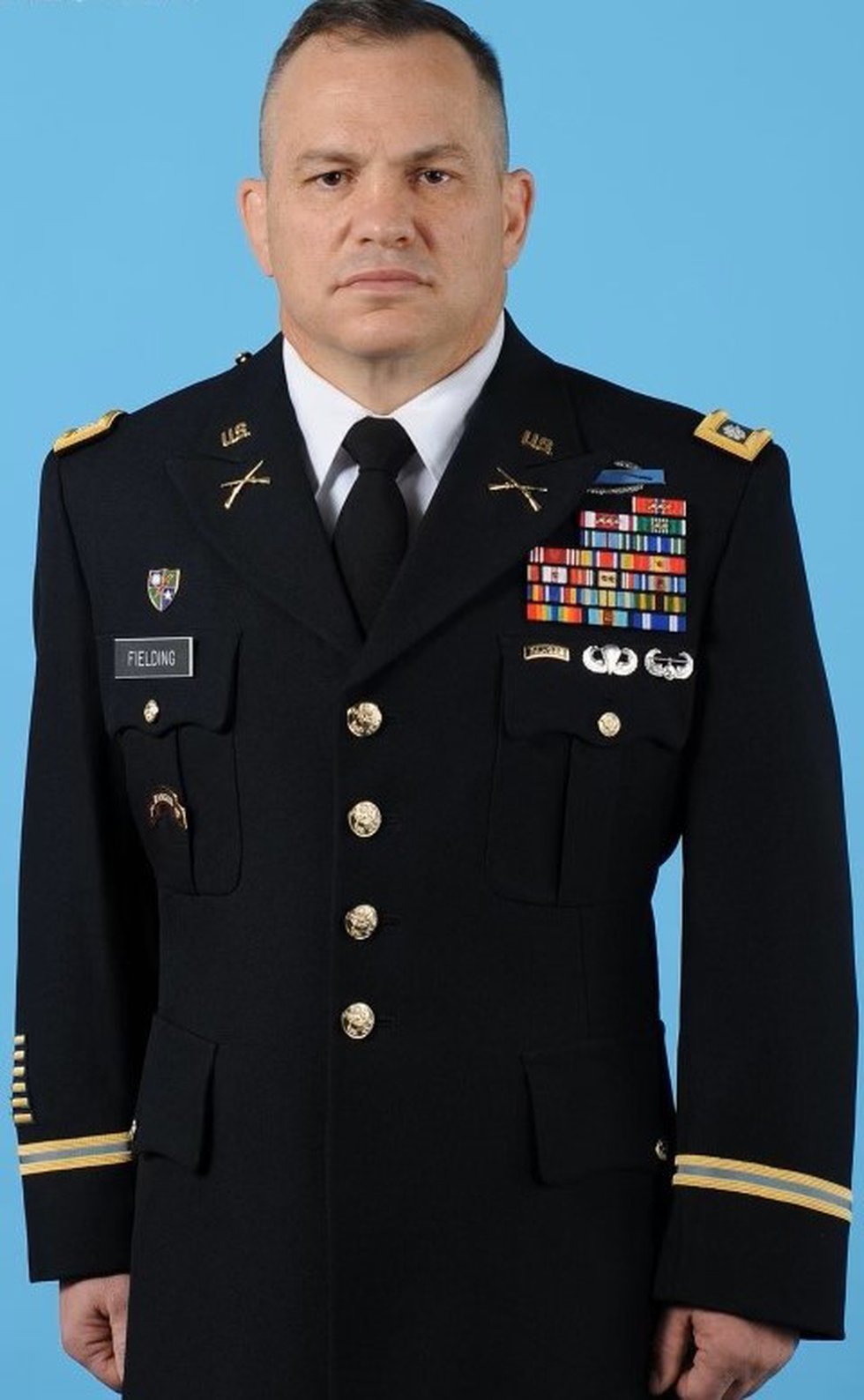 In addition to Jolene, his devoted wife of over 24, Ben’s memory will be embraced by his two sons, Bennie (21), an ROTC caddy, student and wrestler at Belmont Abbey College, Brogan (16) a student and wrestler at Carthage High School, and her two daughters, McKinley (18), student and track and field athlete at Carthage High School, and Beatrice (7), student at Augustinian Academy, gymnast and wrestler from Fort Drum, New York; His parents, Ben and Marilyn Fielding from Brookfield, Ohio, his brother, David Fielding and his wife, Audrey and son David from Richfield, Ohio and his sister Monica Smith and daughter Samantha and son Christopher from Brookfield, Ohio.

Lieutenant-Colonel (LTC) Fielding has dedicated his life to the service of the nation. He enlisted in the United States Army after graduating from John Carroll University in 1992 and was appointed an infantry officer in 2001. LTC Fielding has deployed worldwide in support of operations of fight. He has been deployed several times to Iraq and Afghanistan and served in Germany and Africa. Ben served in the 1st Ranger Battalion, 75th Ranger Regiment, and has spent many years serving and supporting the special operations community. Ben’s last posting was the Commanding Officer of the 2nd Battalion, 14th Infantry Regiment, Golden Dragons.

Ben’s passion for wrestling and combat sports put him in the spotlight in 2018 in Tiblisi, Georgia, and again in 2019 in Skopje, Macedonia, to represent the veterans of the USA team. at the World Championships. He wrestled for Clarion University and John Carroll University where he was a 2X All American. He boxed professionally for many years where he found himself on the Tuesday night fight cards of many well-known fighters. Ben actively gave back to the sport he loved to coach his children, the local community, and wrestling circuit athletes from clubs in Ohio, Pennsylvania, New York and Stuttgart, Germany.

To express your condolences, visit www.bezanillafh.com.