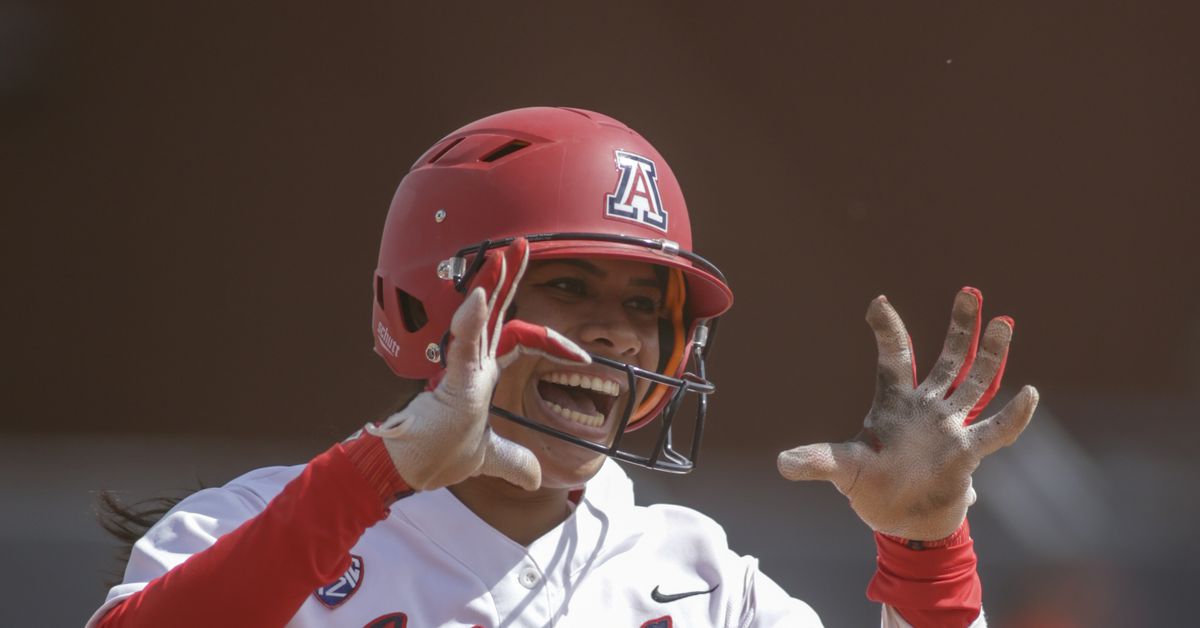 What if there was an MLB Women’s Baseball Day? That day, what if the Commissioner of Baseball ordered every MLB team to include a woman on the starting list? Fans like me would love it!

Female athletes from any sport could participate. Lots of women would be great choices. For various reasons, I restricted my choices. One example was Serena Williams. Her upper body strength was impressive, but she was not a finalist as she is 39 and retired from tennis. Still, maybe she could make an appearance at batting.

Who would I choose to play for the Diamondbacks? My two finalists were Dejah Mulipola and Bianca Andreescu.

Her emotions and energy were at their highest in the highlights of the game videos. Her energy was a big reason to select her over other excellent female athletes. Plus, she has an attitude of gratitude.

Dejah Mulipola plays for the University of Arizona softball team. She’s a powerful hitter, with home plate home runs exceeding my criteria for an All-Star.

Dejah Mulipola’s defense to the receiver is excellent. She currently ranks as the second-best defensive receiver and overall player for the University of Arizona Wildcats in school history with a .996 defensive percentage.

It’s great that Dejah Mulipola is playing receiver because the Diamondbacks are two receivers behind. Carson Kelly is on IL with a broken wrist. Stephen Vogt was traded to the Braves.

Here are the highlights of Dejah Mulipola’s accomplishments:

His stats are at an All-Star level. Recent statistics for the University of Arizona and for Team USA are shown in the following table.

She is strong physically and mentally. She builds her mental strength with meditation, yoga and creative visualization. Mental toughness was a big reason to select her over other excellent female athletes.

â€œI don’t just work on my physical appearance. I also work the mind, because that is also very, very important. This is clearly seen in my matches where I stay in the moment most of the time. I don’t like to focus on what just happened or the future. â€”Bianca Andreescu

It is almost certain that Vince Lombardy was wrong when he said: â€œWinning is not everything; that’s the only thing. Closer to the truth, your emotions are almost everything, because before winners become winners, they have learned how to create the required emotions.

In the past two years, Bianca Andreescu has started playing chess. She said it’s: “… definitely bring my [improved] competitive aspect out of me.

Bianca Andreescu’s tennis style combines power and variety. My take is that her style indicates that she is an athlete mentally flexible enough to play baseball.

In 2019, she won the Indian Wells tennis tournament. With the victory, she became the youngest player to win a WTA event since Serena Williams did so in 1999. In 2019, Bianca Andreescu defeated Serena Williams. It may be a young version of Serena Williams!

To estimate a tennis player’s batting power, I think serving aces divided by first serves is an appropriate measure. In 2021, his aces per first serve were 0.024 (data from TennisLive.net). His power at home would be at least average for an MLB player.

To estimate the base percentage for a tennis player, my view is that when the opponent serves, the percentage of points won is an appropriate measure. In 2021, his percentage points earned on return serve was 44% (data from TennisLive.net). His potential to hit baseball would be above average.

While her physical strength was one reason she was a candidate, her Base Percentage (OBP) would be valuable to the Diamondbacks. The .305 OBP Diamondbacks placed 24th in the Majors.

My take is that she would play on second base. Tennis players have quick reaction times and know the value of the first step. I can’t wait for Bianca Andreescu to show what she can do on second base. This season, if his defense is close to par, it will improve the Diamondbacks. This season, in All-Star games, they break their negative of 13 defensive points saved (DRS) on second base, last in the Majors.

Who did I choose?

On MLB Women’s Baseball Day, the Diamondbacks have two excellent picks in Dejah Mulipola on wide receiver and Bianca Andreescu on second base. I love the emotion and the energy of Dejah Mulipola. I love the mental strength of Bianca Andreescu. My decision will reflect who I am. Therefore, I chooseâ€¦ wait, the commissioner did not limit the Diamondbacks to one! I choose both!