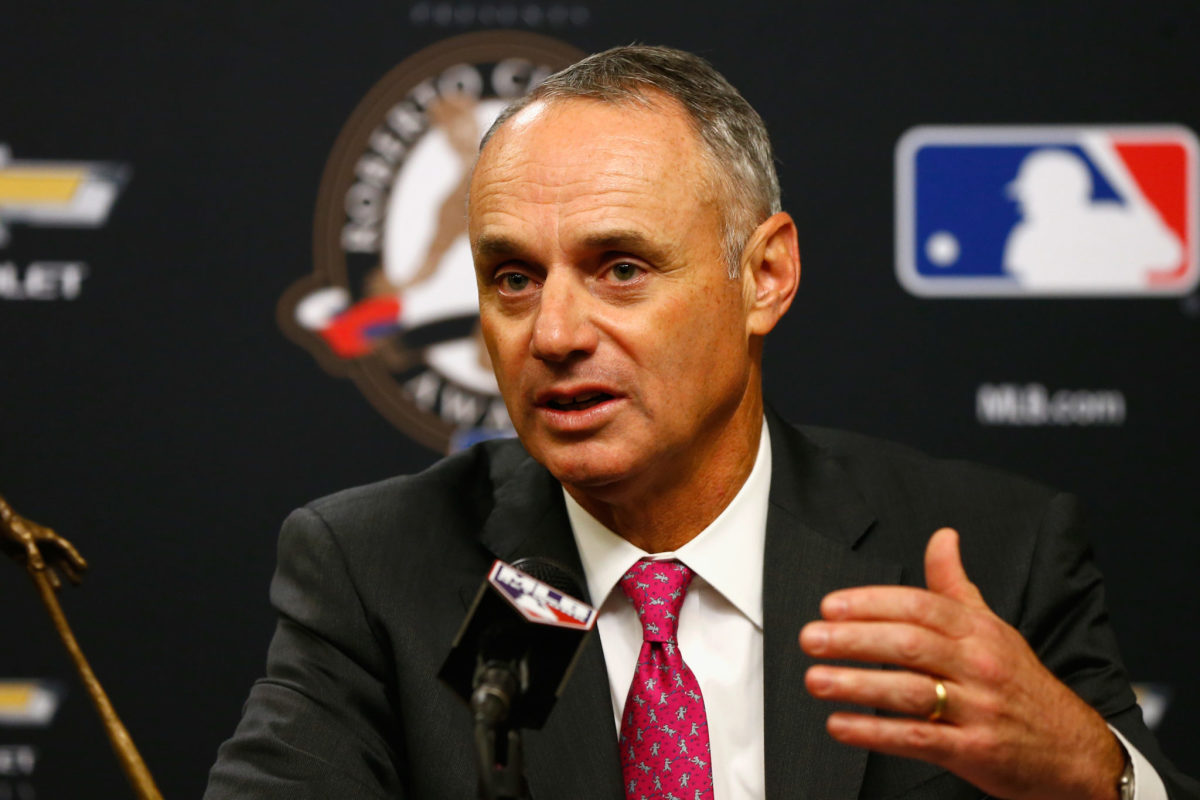 MLB Commissioner Rob Manfred‘s status as public enemy No. 1 in the baseball world isn’t going to change any time soon.

On Tuesday, Manfred was asked if his owners aren’t paying minor league players a living wage because they can’t afford it or aren’t interested in doing so. His answer to this question was puzzling.

“I reject the premise that they don’t pay a living wage,” Manfred said.

Considering that MLB recently agreed to a $185 million salary relief settlement with its minor league players, this response from Manfred is a bit ridiculous.

The baseball world has collectively agreed to crush Manfred for those comments.

“There are 85 exit ramps to answer this question and Rob chose to walk through the railing,” wrote BND.com’s Jeff Jones.

“Just pay Rob Manfred a minor league salary – only during the season of course – and we’ll see what he thinks about it. I’m giving you a one star rating on Uber, Rob,” Garrett Spain said.

Manfred will have a hard time finding people who agree with him on this.

The Muslim-Muslim conversation is a win-win for APC