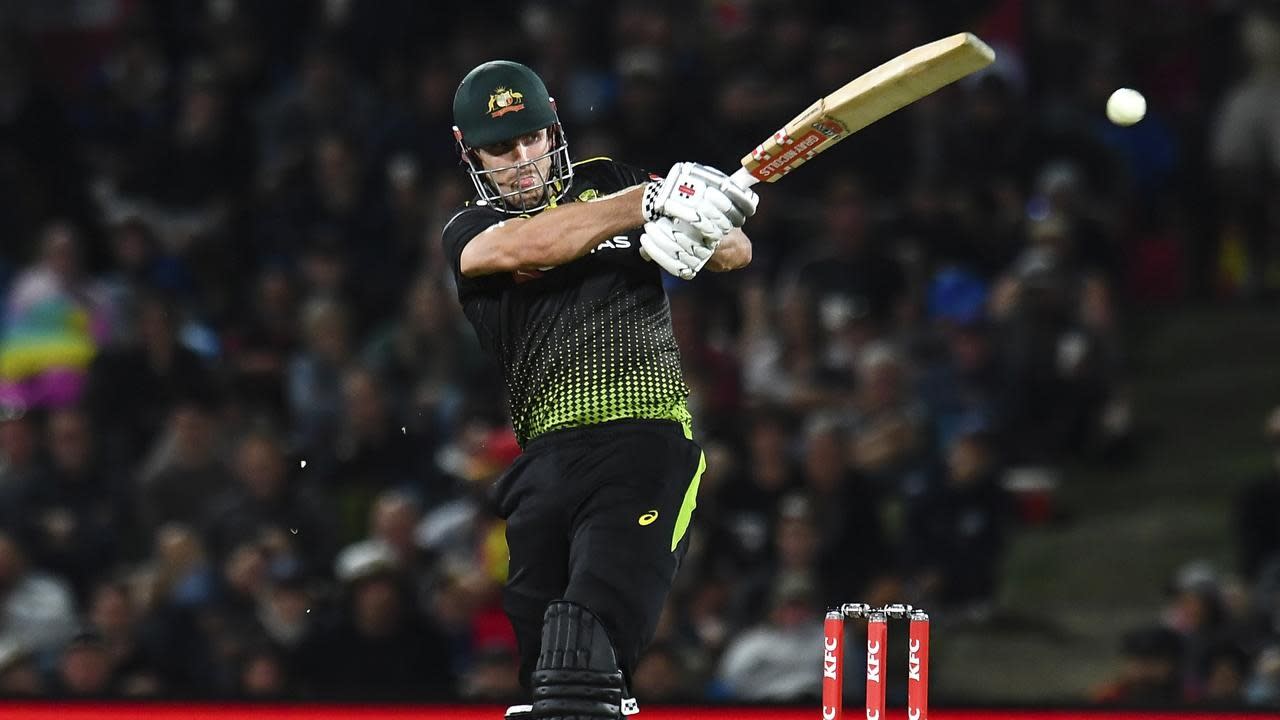 He was the star in two dismal defeats against the West Indies, but don’t expect Mitchell Marsh to assert his third-place claims for Australia’s Twenty20 World Cup squad.

Marsh beat as low as No.7 for his country, but was promoted to first for Australia’s first two T20 internationals in St. Lucia.

He had an instant impact, scoring his first two T20I half-centuries by stroking 51 of 31 balls, then backing down with 54 of 42.

Over the past 10 months, Steve Smith, Josh Philippe, Matthew Wade, Alex Carey, Marcus Stoinis and Marsh have all placed third for Australia.

Of this group, Marsh is the only one to have marked half a century.

“I sure don’t want a headline to say I want third place, but anytime you get the chance to beat Australia it’s great,” said Marsh, who played his first T20I. in 2011.

â€œI’ve done it a bit in the past for (the Big Bash League outfit) the Scorchers, so I appreciate it.

“But ultimately we’re 0-2 in this series so far so it would be nice to beat a little longer and get us over the line.”

Marsh said he had not spoken to coach Justin Langer about the possibility of hitting the first drop at the World Cup.

â€œI’m just trying to play my part to the best of my ability for the team and right now I’m at bat in third,â€ said Marsh.

“If that opportunity is still there in a few months (at the World Cup), so be it.”

Marsh wasn’t worried about the lack of clarity in the batting order just three months away from the World Cup.

â€œRight now, the team we have here, we are all very clear about our roles, what we need to do,â€ he said.

“At the end of the day, we just don’t execute them.”

The 6-19 and 7-39 slumps shattered any hope that Australia would win the first two games of the five-game series against the West Indies.

He admitted Australia was missing the explosive stick of David Warner and Glenn Maxwell.

â€œI have full confidence in this team, we can turn the tide,â€ said Marsh.

“We have great players, we have very experienced players who have all played internationally before.”

The West Indies had the advantage of playing a five-game home streak against South Africa last month.

â€œWe certainly won’t find any excuses, but there is no doubt that after three months of cricket it can sometimes take you a little while to get started,â€ said Marsh.

“The West Indies have played a lot of cricket and they are playing very well at the moment, but we certainly felt ready to be in this series.”

He pointed to recent history as proof that Australia were able to strike back in the current series, which continues on Tuesday.

“I think the thing we are leaning on is that this Australian team lost 2-0 in India and won the series, and we were 2-0 in New Zealand and then we came back to two.” , said Marsh. .

“The Australian team, we love the backs to the wall.”