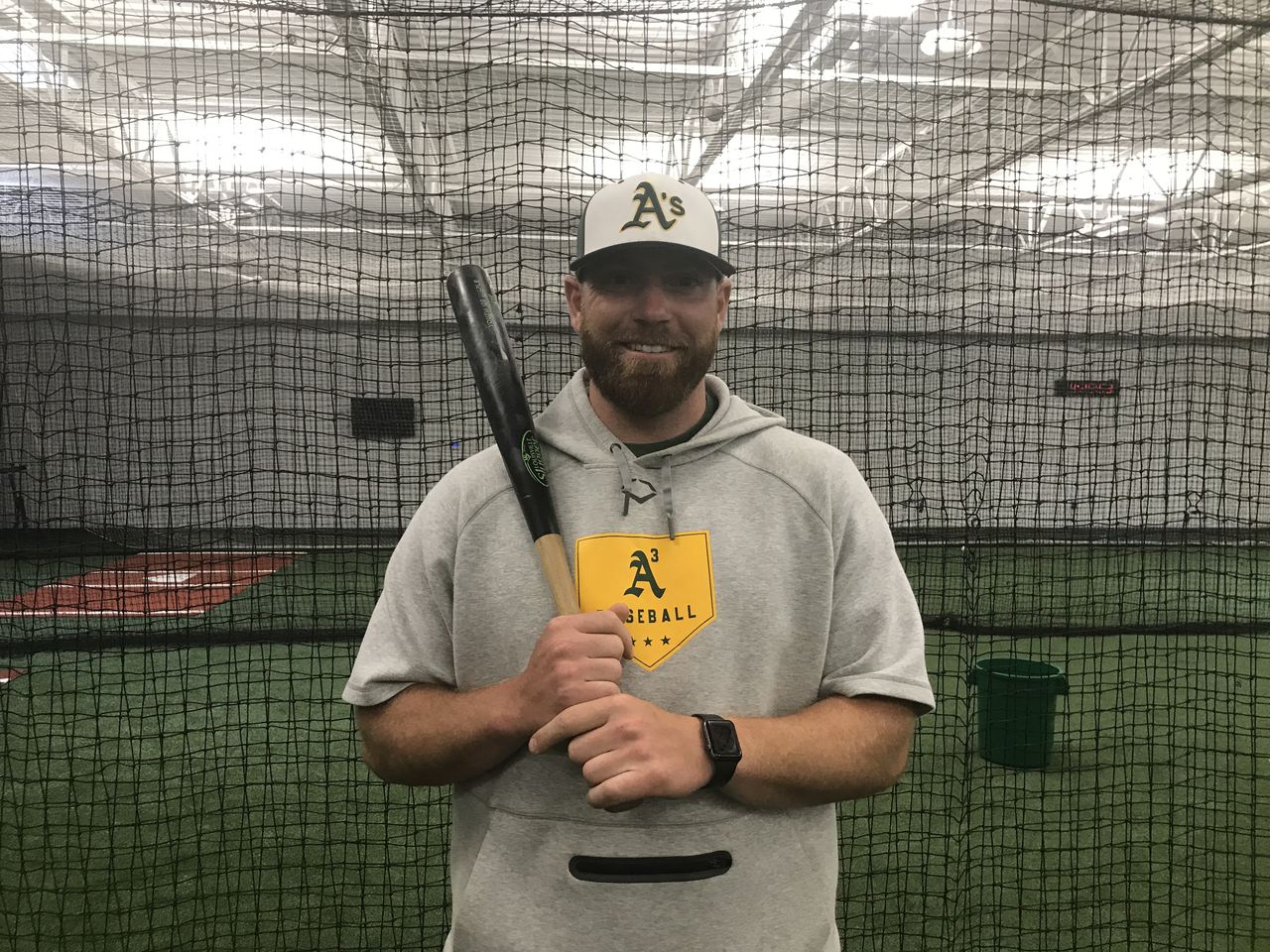 ANN ARBOR – Alan Oaks knows what it takes to get past high school in baseball and now he wants to instill that knowledge into the next generation of players in Ann Arbor.

Oaks, a former University of Michigan pitcher and minor league player, took over the presidency of Ann Arbor A’s – an Ann Arbor-based youth baseball program – this year and began revamping the program into the hope to develop the sport in the area while serving the players at a higher rate.

Oaks, who is also a coach on the program, played four years for the Wolverines and was eventually drafted by the Florida Marlins and played seven years in the minor leagues before discovering his true calling to guide youth.

During his days as a professional player, Oaks returned to train in Michigan and slowly connected with the A’s where he began working with teams while also giving private lessons.

This experience has led Oaks to stay with the program for the long term and, more recently, to replace Dyke Mcewen as president of the organization in a bid to take A’s to even higher heights.

â€œI realized how much gratification I got from it,â€ Oaks said.

Oaks has since devoted most of his time to developing the game in Ann Arbor because he could sense that baseball was not a top priority for many athletes in the area.

To put the game on the athlete’s radar, Oaks took on the challenge of educating athletes and creating a space for them to develop their skills.

â€œI didn’t want to get too involved, but that’s kind of where my heart took me because I could see there was such a need in Ann Arbor for baseball,â€ Oaks said. â€œThere is a lot of baseball, but the kids just lack the resources, the facilities, the knowledge and the overall structure to get them involved. “

While many A players have played for the region’s three varsity teams at Pioneer, Skyline and Huron, Oaks is hoping those numbers will increase over time.

The program, which oversees 17 teams from 8U to 14U, has turned a new leaf under Oaks.

The organization has a board of directors that includes UofM Regent Paul Brown and Michigan baseball coach Erik Bakich, as well as a fully paid training program, a new long-term development plan for players, community outreach programs, a financial aid program and new uniforms.

The facility will accommodate As’s, while also serving as a baseball instruction center for private and group lessons for all players, regardless of age or skill level.

In addition, the program has strengthened its social media presence and signed an agreement with Wilson Sporting Goods Company for new baseball uniforms and equipment, in the hope of attracting more interest in the program.

The organization has also started discussions about building a high school-sized turf field adjacent to the Southern State Sports Center to also accommodate the A.

While Oaks has made a lot of improvements to A’s, there is still work to be done.

Oaks said the program is always looking to hire more coaches for its teams, which has been a challenge due to a lack of awareness.

â€œI feel like the biggest struggle is that people don’t know who the Ann Arbor A are in Ann Arbor,â€ Oaks said. â€œThat’s the ultimate goal – to raise awareness of it. I feel like there are a lot of good baseball players in the area who could help, and I want them to help.

The A’s are currently in season until late July and early August for some teams and the program will host trials for 8U to 11U teams for the 2022 season on August 7 and 8, with dates for the remaining teams to be determined.

Teams will begin skills development training in December for the 2022 season and the season will begin in April.

â€œThe ultimate thing is it’s about the kids,â€ Oaks said. “All a parent wants to see is that their child is okay.”

Take the next step

Oaks said his vision for the organization is moving in the right direction with the help of the board and those who have helped the program grow.

He added that he foresees a bright future for the organization with more exposure.

“It’s definitely on the right track,” he said. â€œI can’t do all of this on my own, so the team building that we have has been very good. “

While it’s important to have successful teams on the pitch, for Oaks, helping players develop on and off the pitch will continue to be the organization’s primary focus.

â€œYeah, you want to win, but it doesn’t matter if you win,â€ Oaks said. â€œYes, you want to know the score, but the score doesn’t matter. It’s really about having fun, staying involved in the game, playing multiple sports, and trying to be the best athlete you can be.

â€œWhen you become a good athlete you can do whatever you want on the road, but at a young age if you don’t develop those skills along the way then it’s hard to go back and learn those skills. skills. If we can provide that to them, then that will be great. “