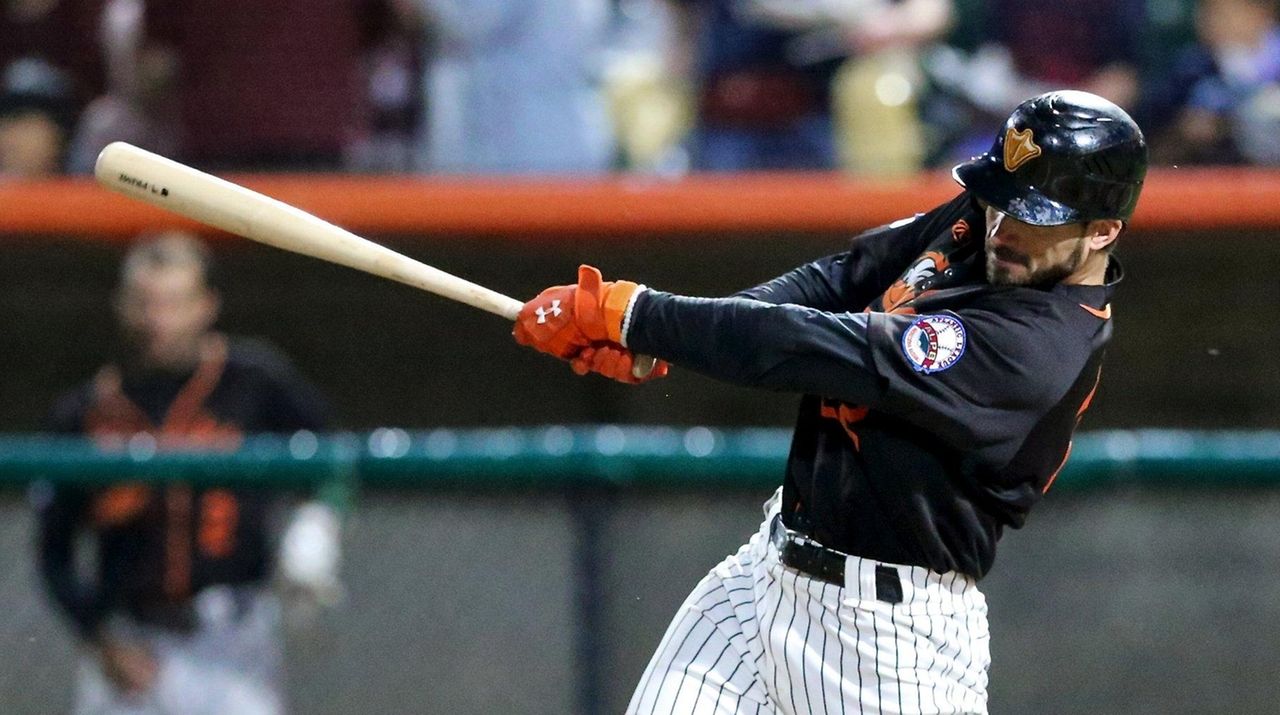 It was weird, it was long, and after 3 hours and 52 minutes, it wasn’t quite enough.

The Ducks fell to the Lexington Legends, 7-5, in Game 1 of the Atlantic League Best of Five Championship Series Friday night at the Fairfield Properties Ballpark in Central Islip. The Ducks will host Game 2 at 1:35 p.m. Saturday (moved from 6:35 p.m. due to bad weather forecasts).

“They outperformed us. That’s the end result,” said manager Wally Backman. “It could have been different, but it wasn’t.”

Trailing 7-4, the Ducks put the runners in first and third with no outs in the ninth, and after Deibinson Romero walked two to lead to Boog Powell they had the point winning on goals. But Chris Shaw flew to the warning lane in right center field to end the game.

“He had a chance,” Shaw said. “. . . Unfortunately he got into [centerfielder Cole Sturgeon’s] glove. He played a great game. We’re just going to get ready to play tomorrow and clear tonight. “

The Ducks were 1-0 behind in the North Division championship series earlier this week and have won the last two games to qualify. They’ll need another comeback to win a second straight Atlantic League title and a fifth in franchise history.

After Lexington scored a run in each of the first two innings, the Ducks scored four in the third. Steve Lombardozzi’s sacrifice fly reduced Lexington’s lead to 2-1. Lew Ford then dribbled a 0-2 pitch to Lexington starter Eli Garcia, who performed a double clutch and threw him past first base, leading to two more points, a 3-2 lead in the Ducks and Ford placing third after another pitching error. by right-hander Tillman Pugh. A batter later, LJ Mazzilli’s single gave the Ducks a 4-2 lead.

Lexington scored two runs in the sixth to regain the lead. Courtney Hawkins’ slow down center center ended up in center field and gave the Legends a 5-4 lead. When Roberto Baldoquin pulled the stick out for the second out, Sanchez appeared to believe the inning was over and threw the ball away as he made his way to the dugout. The runners received two goals, Hawkins scored and Lexington again led by two.

Jordan Lauterbach joined Newsday’s sports department in 2012. He covers the running and independent baseball team of the Long Island Ducks. Lauterbach graduated from CW Post University in 2010 with a degree in electronic media.

Miller, Meals are the umpire team leaders in the LCS | Major League Baseball