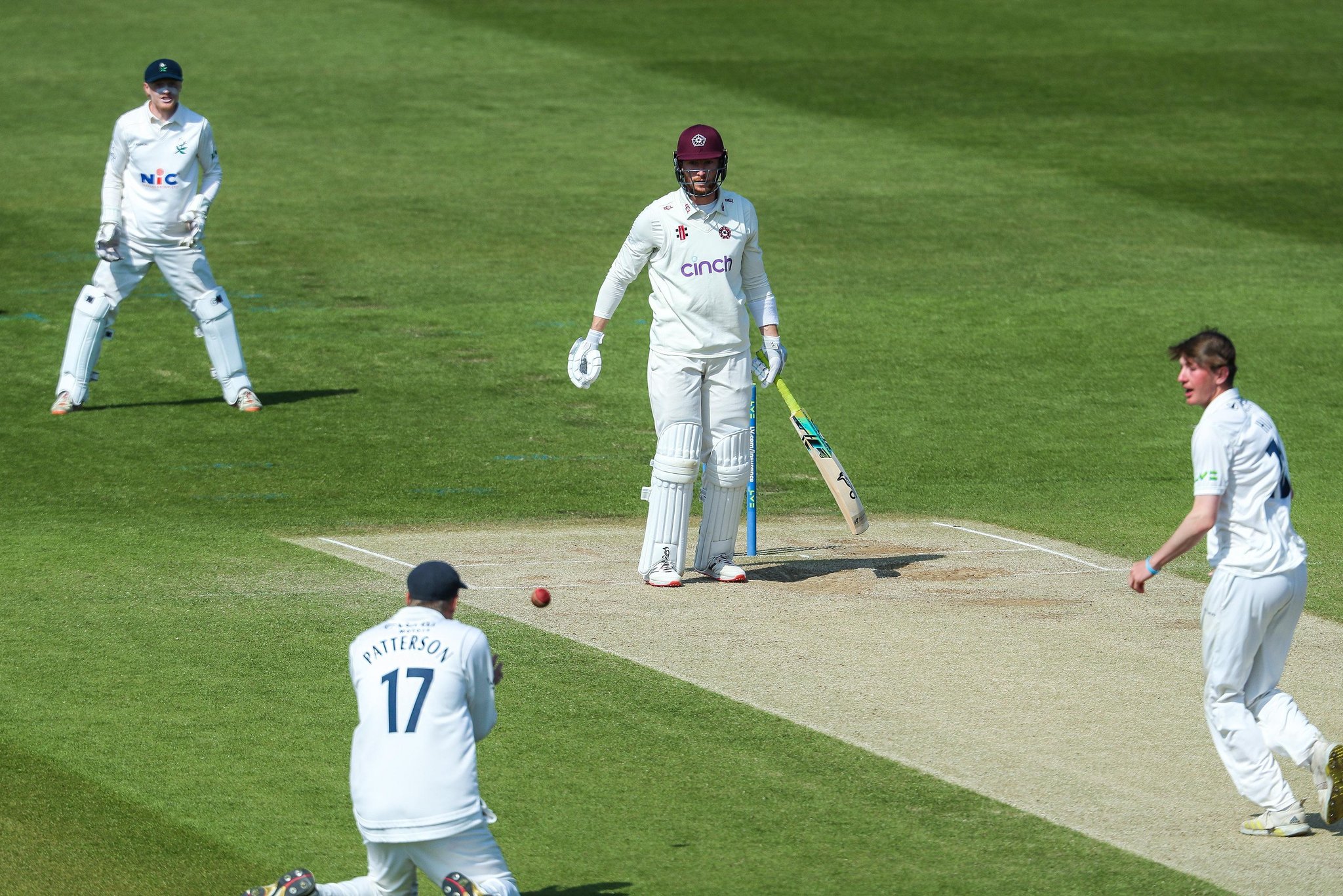 WHEN Haris Rauf blew up two batsmen in the first half hour, the cricket equivalent of a dynamite explosion, it looked like Yorkshire were on course for two wins from two in the Championship this season.

First Northamptonshire captain Ricardo Vasconcelos fended off the fast Pakistani bowler against George Hill in the ravine, then Emilio Gay, the young southpaw who scored the most in the first innings with a fluid half-century, fended off Short-legged Dom Bess.

Register to our daily newsletter

He left Northamptonshire 70-2 in the formation stages on a sunny final day, a purely academic 499 win target, which became 79-3 when Matty Revis got Saif Zaib behind him to advance.

But after that third wicket fell at 11.50am, as spectators’ thoughts just began to drift to their packs opening, the optimism caused by that triple breakthrough gradually evaporated as Yorkshire were forced to settle for a draw.

It was 2:40 p.m. when the next wicket fell, Hill inducing a leading edge from Rob Keogh as the batsman attempted to turn his opening delivery to the leg side, Hill having been held back until the 73rd round.

The ball looped towards Steve Patterson on short extra cover, with the Yorkshire captain one of six men standing in a semi-circle in front of the wicket as Yorkshire’s tactics grew increasingly funky in unnecessary conditions .

Keogh’s start for 48, after a 99 position with Will Young, the New Zealand batsman, who scored 96 on his debut, ate 29 overs, about a third of the day.

Although Bess trapped Luke Procter lbw on the back foot in the final before the second reball left Northants 195-5 with 40.3 overs remaining, and Young clipped Revis as he tried to leave (236-6 with 26 overs remaining), Lewis McManus and Matt Kelly shared a seventh-wicket partnership of 78 from 22 overs which effectively settled matters.

Revis yorked Kelly for an entertaining 42, which included two out sixes from Rauf, but McManus (62 steps on 141 balls in two hours and 40 minutes) and Gareth Berg completed the breakout, with Northants closing 318-7.

That it’s still hard work for Yorkshire on the final day was demonstrated by what happened on day three.

Only two wickets then fell for 377 runs as the ground became flatter than the M1 motorway.

That said, Yorkshire will be frustrated as the Northants are not expected to rip trees at this year’s tournament, and they missed two chances to fire Young before finally doing so.

The first was difficult, wicketkeeper Harry Duke putting it down on three from Rauf on the third night as he dived to his right deep; the second frustrating when Young, at 62, edged the same bowler through a second vacant slip zone which was then immediately plugged – recoil, of course, being a wonderful thing.

Could Yorkshire have declared earlier than them to give themselves more chances to eliminate the Northants?

Only once in the Championship’s 132-year history, indeed, has a side chased more than the remaining 499 Northants to score here, with Middlesex going 502-6 against Nottinghamshire at Trent Bridge in 1925, so it was unlikely that happen.

Would an earlier statement have made all the difference?

In the end, Yorkshire allowed themselves a minimum of 119 overs to take 10 wickets – enough time, it seems, to get the job done if the surface played ball.

They did their best but were frustrated with that throw and some set shots, while all bowling attacks to some extent are still finding their marks in the early weeks of the season.

That Rauf was the one to give Yorkshire hope on day four pretty much said it all.

At over 90mph, it provided the one point of difference that was likely to make a big difference as the ground conditions eased as the contest progressed.

There was a nice little touch to offer: Bess turned away with her usual precision, and Yorkshire turned to part-time offers from Adam Lyth and Dawid Malan for a while.

But there wasn’t much for any of the bowlers employed by Patterson, including himself, and Young played very well in an innings that lasted six hours and a minute, with the 29-year-old facing 241 balls and hitting 11 fours, shooting the ball. powerfully and with excellent placement.

For Yorkshire, the highlight of the match was Hill’s opening cent, surely the first in a long line, and Harry Brook and Malan’s continued impressive form with the bat.

Forward and upward, as the old saying goes. Yorkshire, on the whole, is doing quite well.