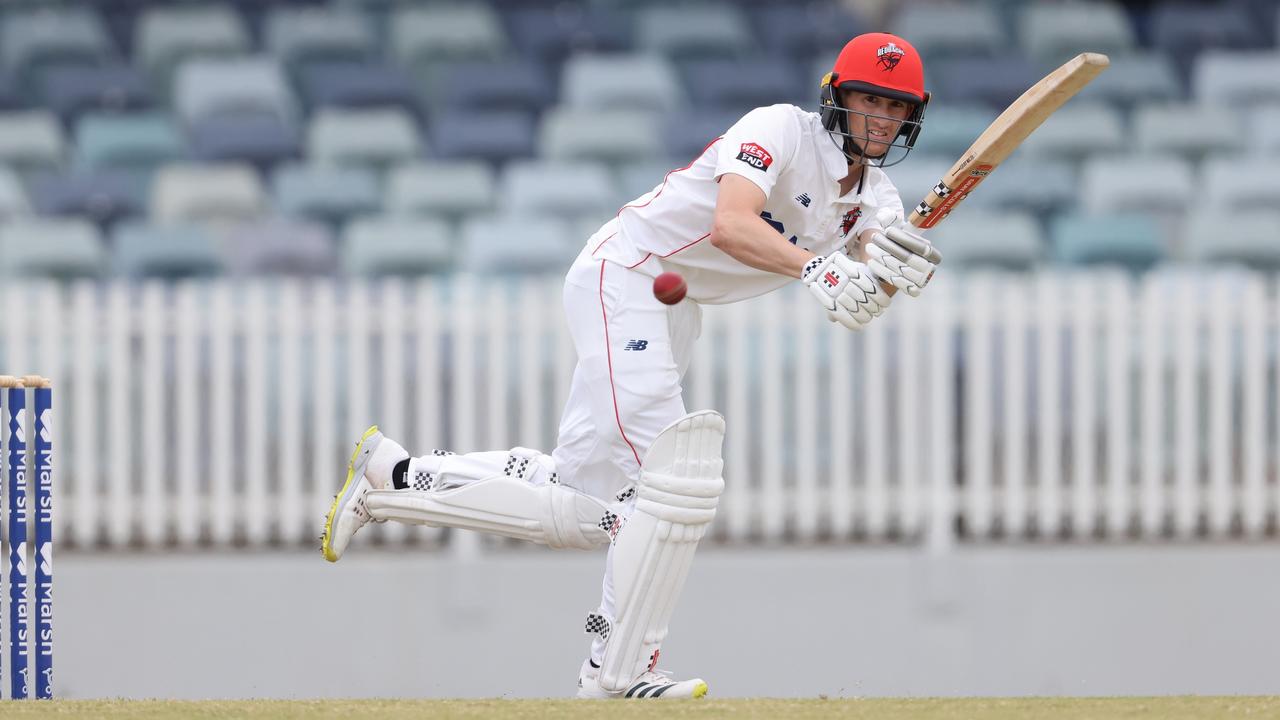 And the Fox Cricket specialist also named a left-field selection bolter to team up with top-of-the-order David Warner, saying South Australia’s Jake Carder is “an opener for Australia just waiting. to be selected â€.

The makeup of Australia’s batting squad is clearly the biggest conundrum that managers face ahead of this summer’s highly anticipated test run against England.

Australia will face Pakistan in the semi-final of the ICC T20 World Cup on Friday (1h AEDT) on Kayo. New to Kayo? Start your free trial today.

Skipper Tim Paine, opener David Warner and mid-tier stars Marnus Labuschagne and Steve Smith are automatic picks, while most commentators believe Western Australia’s Cameron Green deserves to be picked again after a A promising start to his testing career with the bat last summer against India.

This means that at least two places in the Australian top six are up for grabs.

While Will Pucovski is set to be sidelined with a concussion, Victoria’s Marcus Harris and Queensland’s Usman Khawaja came in to open the stick with Warner for Australia, with Khawaja being the top scorer. of Sheffield Shield (326 points at 81.50, including two centuries).

Southpaw Travis Head, who has made 19 tests for his country, has a strong chance of being named in middle order – either No.5 or No.6 – after his promising Sheffield Shield campaign for Australia from South so far that has caved in. 271 to 54.20.

PODCAST – Michael Hussey provides a preview of Australia vs. Pakistan and argues the Ashes case for Marcus Harris. Listen below, or tap here to subscribe in iTunes or Spotify

But speaking on Fox Cricket’s World Cup Live On Monday night, O’Keeffe said Carder should open the stick with Warner in the first test, while Marsh – who has only played one test since the start of 2019 – deserves another crack in the middle order. .

Carding was O’Keeffe’s bolter choice after the 25-year-old produced scores of 118, 37 and 68 in his three Shield innings as a No.3 for SA, as well as hits of 1 and 79 in a game against WA after being bred to open the innings.

â€œI think there are more advantages for Mitch Marsh, at 30, than there could be for Travis Head.

“And Jake Carder is an opener for Australia just waiting to be selected.”

Marsh didn’t play a first-class game this summer, but had a tremendous 2021 campaign at the T20I level.

Since being elevated to third on Australia’s T20I team in July, Marsh has averaged 40.36 points in 11 innings with the bat.

â€œIt’s similar for me to George Bailey. He came out of that scorching white ball form leading to the 2013 Ashes where Australia won 5-0 at home and he hit at No.6, â€Haddin said. World Cup Live.

â€œMitch Marsh is that touch selection. You can watch the scans and the red ball games going on, but I just think he’s ripe for picking right now. Come in at six o’clock, he will move the game forward. If the higher order is doing his job, he could be really proactive at batting with the cue. Imagine him at eight, nine and ten.

O’Keeffe said Marsh would also be “a better bowling option” than Green.

â€œLast year against India, Cameron Green didn’t have a wicket, so Tim Paine kept bringing the specialists back. Mitch Marsh got seven wickets in his last test two years ago – he takes people out on the cricket test, â€he said.

Marsh in September opted out of playing for WA’s Sheffield Shield team ahead of the World Cup, choosing to stick to a whiteball cricket regime and focus on six stroke practice.

But Marsh told Fox Cricket on Monday night that he still wanted to be in the Ashes.

â€œIn all fairness I’m probably back in the field now, but hopefully at some point I’ll try red ball cricket for WA or I know there’s an Australian A game coming up. , so I hope I’m into that.

â€œEvery time you play you push for selection, so I always have high hopes of playing Test Match cricket again. But I’m realistic, I’m probably late at this point and need to do some runs.

Marsh said he “loved the opportunity” and the responsibility to hit Australia’s No.3 T20I team.

O’Keeffe cheekily asked him if he had texted Labuschagne test # 3 indicating he wanted the Queenslander’s batting order place, Marsh responded with a smile: “Look, he probably has one more set, then we could push it to six I think. “

Ravi Shastri’s tee shot: “If you put Bradman in a bubble, his average will drop”