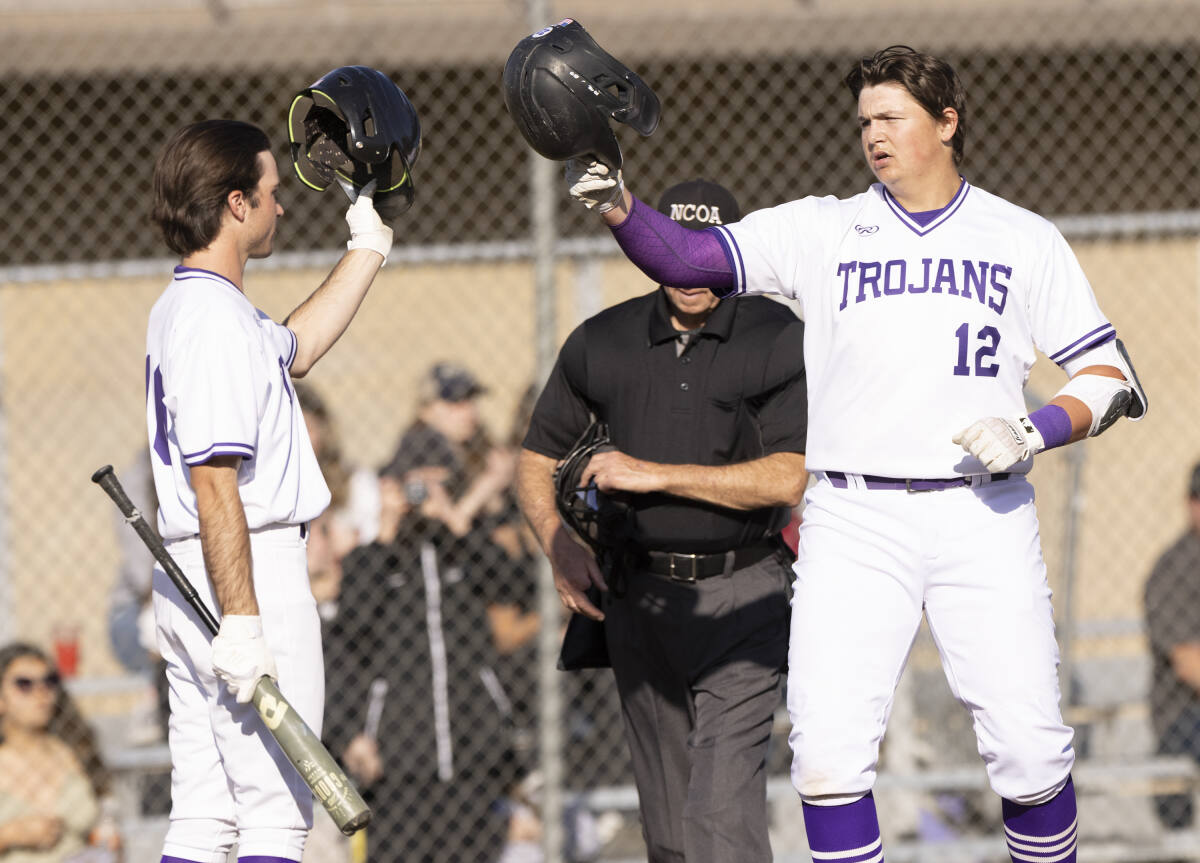 Wyatt Davis went 3 for 4 with a home run, a double and three RBIs to lead Petaluma offensively. Colin Landry hit a triple with an RBI and Joe Brown added an RBI with a hit.

Jack Palmer came on as a relief from starter Brayden Breen and went 4⅓ innings with nine strikeouts, two hits and a walk.

The No. 3 Casa Grande pulled away from Justin-Siena on Wednesday night to improve to 15-6 overall and 6-4 in the VVAL.

The Gauchos led 1-0 in five innings, but opened the game with a five-run sixth.

Brice Cox led in two runs, Wyatt Abramson went 3 for 4 with a double and an RBI and Kaden Ramirez and Dylan Petersen each had two hits with an RBI.

As the Gauchos (11-8, 7-1) and Cardinals (9-5, 7-1) split league championship honors, Casa Grande’s win in the league tournament earns him the bid automatic to the North Coast Section playoffs, which then begin the week.

Tuesday was the third meeting of the season between the two league rivals. They had split the series of the season so far, with Casa Grande winning the first encounter 17-4 before Cardinal Newman evened things up with an 11-9 victory a few weeks later.

This time it was all Gauchos. Natalie Labanowski scored her first of a record six goals after 45 seconds. About a minute later, Taylor Pieri added another before Labanowski scored three more goals over the next four minutes to place Casa Grande firmly in control with a 5-0 lead after six minutes.

Lily Zichichi and Holland each added a goal before halftime to make it 7-2 at intermission.

In the second half, Labanowski and Pieri added two more goals each to help the Gauchos get to the finish.

Pieri finished with three goals, while Sierra Schmidt added two with four assists and Megan Marston had a solo goal. As she has done all season, goaltender Trinity Salus was brilliant in net, making nine saves in the victory.

Holland led the Cardinals with two goals while Kathryn Clark and Taiten Kolpin had one goal and one assist each and goaltender Tessa Taylor had four saves on the night.

Ukiah battled through tough conditions at Bodega Bay on Wednesday to finish first in the five-team match and win the North Bay League-Redwood title.

The Wildcats fired a 507 as a team, beating second-placed Rancho Cotate by 35 shots. Kaden Thurston led Ukiah with a par 84 over 14, the lowest individual score of the day.

Healdsburg came third with a 580, led by a 98 from Owen Behrens, who tied for third individually with Piner’s Harjot Singh.

Ukiah qualifies for the NCS team competition, while the other Redwood teams will play with Oak teams in the NBL Individual Qualifying Tournament at Rooster Run in Petaluma on Monday. The top three individuals from each division will advance to the NCS Individual Qualifier at Valley of the Moon on May 9.

Windsor swept Healdsburg 7-0 in NBL play Tuesday with some competitive up-and-down performances on the sheet.

In doubles, No. 1s Dorian Cabalo and Brandon Cabalo beat Jesse Cobb and Dominic Duri 6-1, 6-2, Colin Kraft and Joseph Campbell beat Declan Whitlock and Yahir Ruiz 6-1, 6-3 in No. 2 and Drew Kurczeski and Ethan Bryant completed the sweep with a 6-3, 6-3 win over Eamonn Scott and Austin Boaz.

Also on Tuesday, St. Vincent scored a 4-2 win at Ukiah.

The two doubles matches both went to Ukiah. Cash Dolan and Owen Sangaicomo won 6-3, 7-5 over Deven Hennelly and Aziz Atallah at No. 1 while Marcus Capistrano and Bazook Rodriguez beat Mario Aldana and Ray Dai 6-3, 6-0.

Georgia back on the road to Baton Rouge