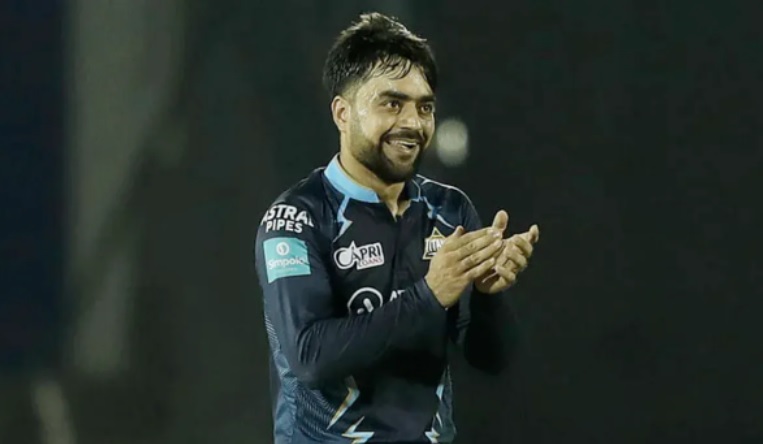 The Afghan spin sensation lived up to his reputation in the most exciting IPL season as he delivered with the bat, the ball and also in the fielding department.

Speaking on Cricket Live on Star Sports, Pietersen said: “You can’t keep the big guys down, he’s such an electrifying personality. He’s one of the cool guys and he delivers whenever the captain looks at him. He’s just in the feel this season. He’s a very busy cricketer and he can’t stop talking with the captain, which is nice to see.

The Afghan star cricketer credits the team management for his and the team’s good show in the tournament. Praising the general ambience in the Gujarat Titans camp and the atmosphere created by head coach Ashish Nehra and the entire support staff, Rashid said the players are doing well thanks to the relaxed dressing room.

Rashid Khan said, “The vibe is positive, Ashish bhai always asks us to stay relaxed, take care of our diet and sleep well as it will help in recovery. Whether we win or lose, the environment in the locker room remains the same. There is also no extra pressure on the players and that is why we deliver more often than not.

Rashid – who has been the most sought-after T20 freelancer on the circuit – also revealed why IPL newbies do so well in their first season.

Rashid said: “We played as a team and every player contributed to our victory throughout the season for us so far. The best thing about our campaign is that the team never seemed dependent on one or two players. That’s why we have a different match winner every game and the results are visible to everyone.

“The best thing about Hardik (Pandya) is that he listens to players’ suggestions and appreciates them. When a captain considers their suggestions and supports them every step of the way, players are relaxed and aim to give their best. of themselves and Hardik has done that. He speaks to the players who are not only in the playing XI but also with those on the bench and gives them confidence. He has created a positive mood in the dressing room “said the spinner.