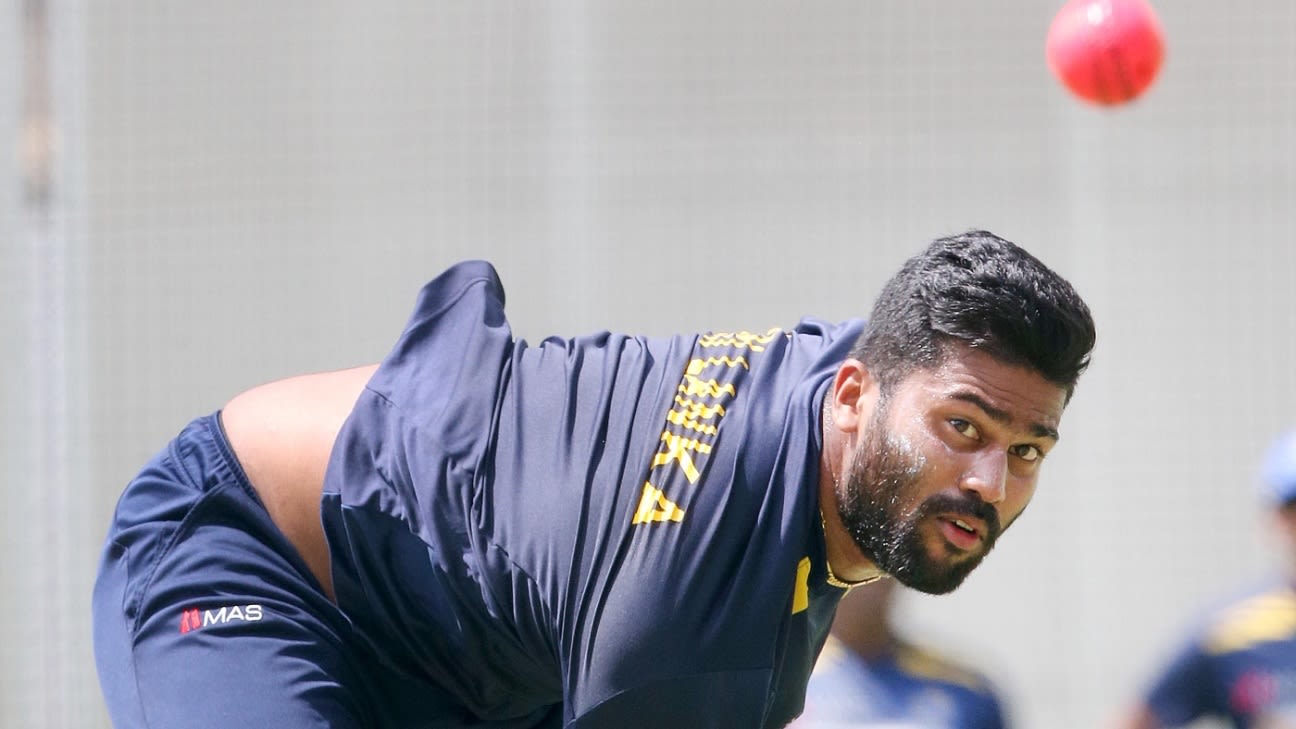 Namibia made two changes to the squad that won their last T20I, with hitter Jan Nicol Loftie-Eaton and left arm crimper Ruben Trumpelmann

To throw Sri Lanka chose to play bowling against Namibia

Sri Lanka won the draw and chose to field first in their opening match of the T20 World Cup, against Namibia. Captain Dasun Shanaka said it was the likelihood of dew formation later that evening in Abu Dhabi that prompted his decision. Namibian captain Gerhard Erasmus said his team were happy to strike first.

Namibia also made two changes to the squad that won their last T20I, against Papua New Guinea. Hitter Jan Nicol Loftie-Eaton steps in from the side, replacing Ben Shikongo. And left-arm couturier Ruben Trumpelmann is in the XI, at the expense of Michael van Lingen.

Sri Lanka XI, meanwhile, had few surprises except for the omission of Dhananjaya de Silva. Instead of fielding six hitters in addition to their three allrounders (Dasun Shanaka, Chamika Karunaratne and Wanindu Hasaranga), Sri Lanka used Lahiru Kumara’s pace to bolster their bowling. Spinner Allsorts Maheesh Theekshana is in the XI ahead of Akila Dananjaya.