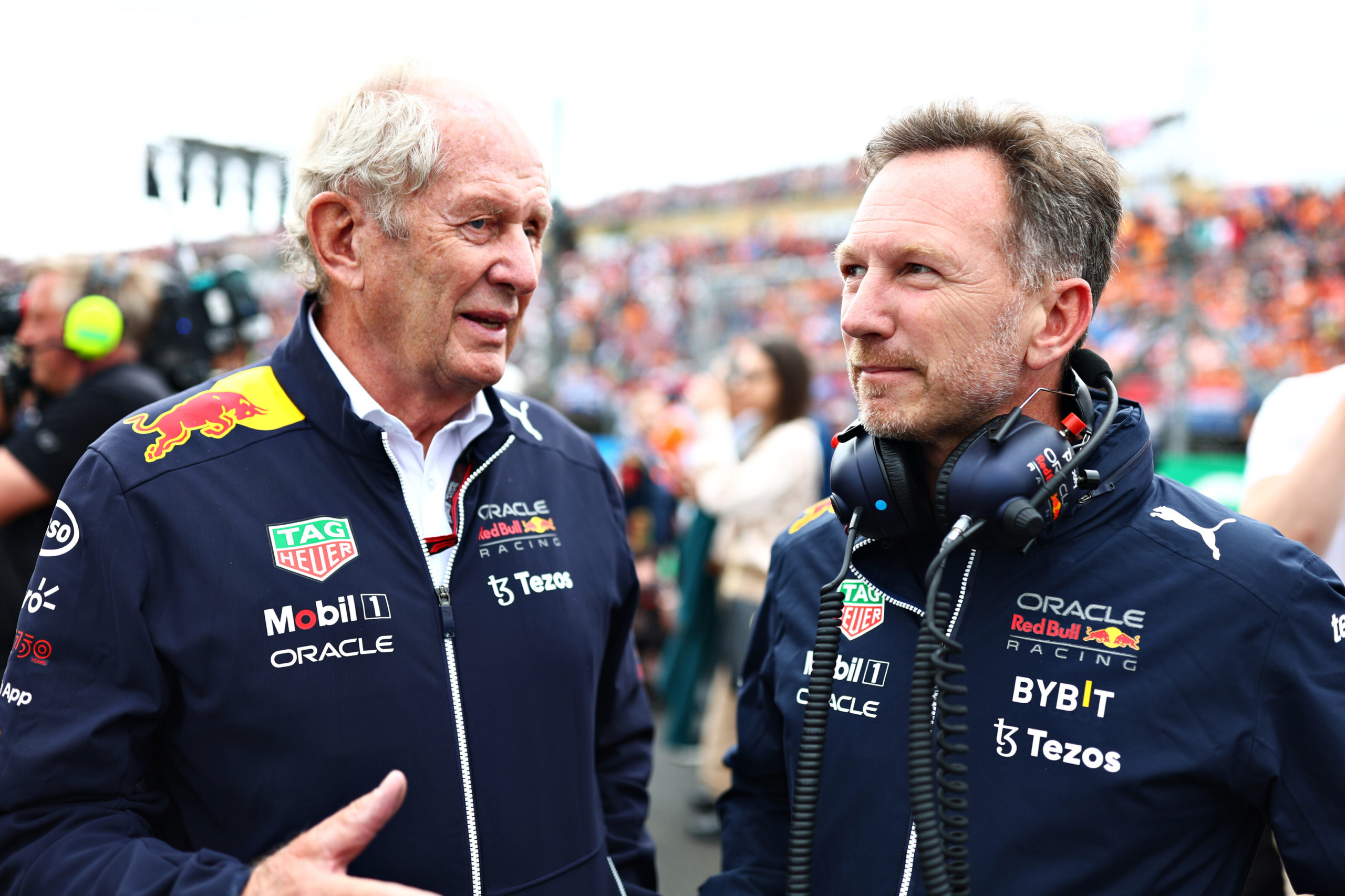 Red Bull has sparked interest in its Formula 1 power unit project following news that talks with Porsche have ended.

The German manufacturer said on Friday it would not return to F1 with Red Bull.

Porsche was looking to enter as a power unit partner, taking a stake in Red Bull’s powertrain business, but also wanted a stake in the wider team.

It was a sticking point as the talks went from what seemed like a certainty to a failure.

Porsche had filed trademarks ahead of its return to Formula 1 while documents were filed in several jurisdictions in anticipation of the deal being successfully completed.

While the breakdown of talks with Porsche is not ideal, it is not a crisis for the team either, according to Red Bull motorsport adviser Helmut Mark.

“We don’t need anyone at the moment,” Marko told Austrian radio OE3.

“But if it turns out that there are synergies and benefits, then we are open.

“Amazingly, we have received inquiries now that the Porsche cancellation has become official.”

But although the deal with Porsche did not go through, and although Red Bull does not need any investment or assistance to continue, it remains open to opportunities.

“During the talks, it became clear that for the whole project, this cooperation would not have brought any benefit to either party,” he said.

“The efficiency of Red Bull Racing was paramount; that the team should be as successful as it has been for the last 10 or 12 years, that it should continue.

“We are in a good position,” he added.

“We have the fastest driver until 2028, we have Adrian Newey, the best designer, and we have an engine factory that was fully operational in 55 weeks – the first engine has already run – that means we are completely autonomous.

“Nevertheless, if the know-how can be brought into the engine sector or if other synergies or advantages can be realised, we are open to cooperation.”

Red Bull is currently offering rebadged Honda power units, with the operation having leased the intellectual property of the Japanese manufacturer’s designs after it pulled out of Formula 1 at the end of 2021.

This could open the door to a comeback. This theory is supported by the fact that high profile Honda figures have been seen chatting with Marko in the paddock at recent events.

It remains to be seen how this would be structured in place of the new Red Bull Powertrains division.

Detailed pregame notes for Alabama ahead of kickoff against Utah State