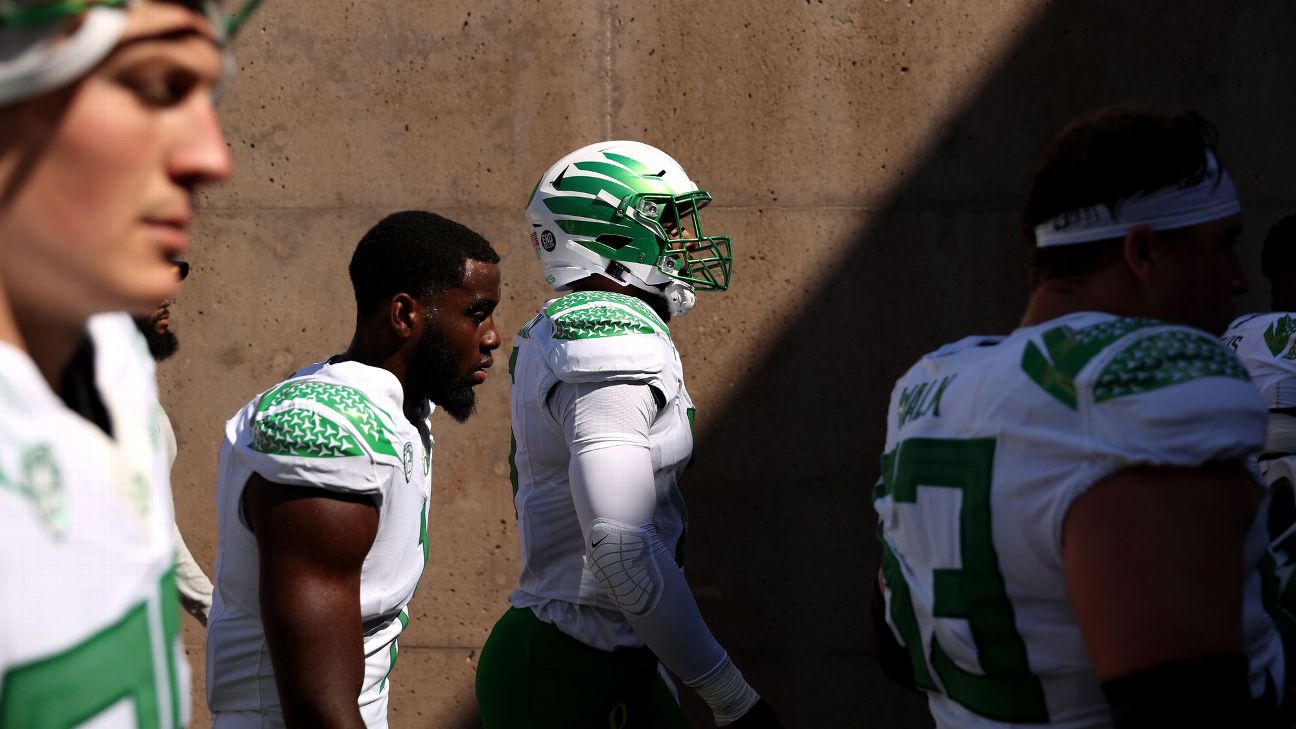 State of the Pac-12: Can a team run the board to reach college football playoffs?

By Hart Robert Last updated Oct 6, 2021
Share
STANFORD, Calif .– At the height of his powers, about a decade ago, the Stanford–Oregon football match was a major sporting event. It didn’t just resonate on the west coast; it was one of the most significant games on the college football calendar.

Stanford had inexplicably turned into a tyrant under Jim Harbaugh and David Shaw, while Chip Kelly revolutionized attacking football in Oregon, fielding some of the most explosive teams the sport had ever seen. From 2010 to 2014, each version carried national title implications. Usually played in November, there were several Heisman Trophy contenders, several future NFL stars and the game day atmospheres reflected those stakes.

The Cardinal and the Ducks commanded national respect. They showed what the conference can be, and as USC in the face of crippling sanctions, it wasn’t foolish to envision an even brighter future once the Trojans came out the other side.

This future, of course, did not materialize, with the 31-24 overtime win against then-No. 3 Oregon Saturday serving as the final sobering reminder of the grim situation of the Pac-12. Once a national conference advertisement, the game had the opposite effect: it showed the Ducks to be overrated and presented a more appropriate stadium environment for a meaningless FCS game.

With a loss, Oregon isn’t completely out of college football’s playoff picture, but nothing in the way it has played over the past two weeks indicates an ability to lead the table. The Ducks’ victory at Ohio state September 11 led to exaggerated expectations, and while the loss to Stanford was the source of immediate disappointment, it should still be noted that the program remains on an impressive upward trajectory.

But look around the conference, and there isn’t much else to be optimistic about.

Arizona State, who lost against BYU, that can be good. Demoralized Sun Devils UCLA, 42-23, Saturday and established themselves as the favorites of the Pac-12 Sud. However, with the cloud of an NCAA investigation into possible recruitment and violations of the COVID-19 protocol hovering over the program, one has the impression that everything could collapse.

Oregon State is a great story. The Beavers’ steady progress under coach Jonathan Smith is finally paying off with victories, but their modest early season success is not enough to resonate nationally, and they suffered an early loss. of season against Purdue, an average Big Ten team.

That leaves nine other teams, all of whom have experienced varying degrees of disappointment and are heading in the wrong direction.

Washington state is in disarray. Five years from becoming the last Pac-12 team to make the playoffs, Washington started the year with a loss for FCS Montana and just lost to Oregon State for the first time since 2011. Rival Washington stateThe season has been defined by a decline on the pitch, and coach Nick Rolovich’s refusal, so far, to get a COVID shot has been a big distraction off the pitch.

Following a 21-6 loss to Wazzu, Cal is winning the race to the bottom of the Pac-12 North. According to ESPN’s Power Football Index, the Bears are underdogs in each of their remaining division games and – like their rival across the bay – struggle to resonate in a crowded market of pro sports.

UCLA had its moment in the sun with what looked like a decisive win against LSU on September 4, but the Bruins quickly surrendered their gains with losses to Fresno State and Arizona State – dropping over 40 points in both contests.

Oddly enough, USC feels like one of the fittest programs out there, but it has everything to do with the sacking of coach Clay Helton and the idea that a new coach will be able to restore USC. as a national power.

UtahThe lack of discipline and tenacity of, as well as the poor play of the special teams, have been bizarre to watch. It goes against everything one would expect of a team coached by Kyle Whittingham and left the Utes (2-2) without an identity.

Maybe no team has regressed further from their 2020 form than Colorado (1-4), who has yet to beat an FBS team. The Buffaloes were a surprising 4-2 in the condensed pandemic season, but followed that up with one of college football’s worst offenses. With 1,198 total attacking yards in five games, they rank second to last in FBS, above only UL Monroe.

The cumulative decline leaves the Pac-12 in a difficult situation. With two months of regular-season football to play, conference-wide apathy is only increasing.

For process-oriented coaches and players, this is not necessarily an issue that deserves serious attention. Individually and collectively, there are plenty of incentives left.

In the conference office, however, he should be at the forefront of new commissioner George Kliavkoff. Lack of national relevance in football has plagued the conference for years, and former Commissioner Larry Scott’s inability to address this issue – along with his guilt in allowing it to thrive – is the main reason he is no longer in post.

But the reality is that there is not much to do at the conference level, especially in the short term. The most obvious solution is to push for the accelerated expansion of college football playoffs with a structure that offers automatic bids for all Power 5 conferences, ensuring that the Pac-12 – or any conference in a slack year. – remains nationally relevant until December.

College football is not ingrained in West Coast culture like it is in other parts of the country. Yes, there are thousands of diehard fans out there who will stay connected regardless, but it is illogical to expect the largest number of potential viewers to invest their Saturdays in games that seem insignificant.

Even the magic of Pac-12 After Dark has its limits.