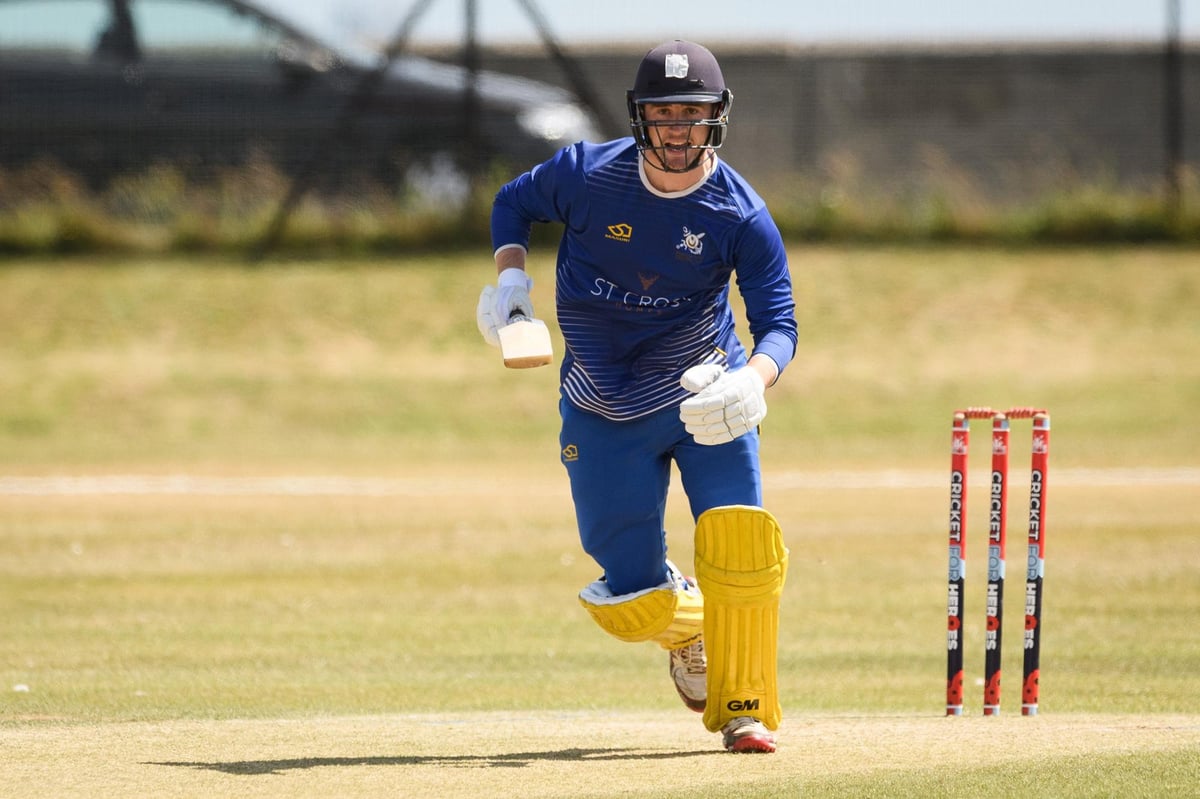 A shock 72-point loss to third-bottom New Milton lifted Alton to the top of the standings with just a fortnight of the season remaining.

Alton’s win over Sparsholt puts them just a point ahead of Sarisbury in a titanic battle for a place in next year’s top flight.

And it was 17-6 when skipper George Watts (4-30) claimed his fourth victim, trapping Ricky Rawlins’ leg previously for a single.

Nathan Feltham’s mid-order runs were a prominent feature of Sarisbury’s promotion challenge, and he again accepted.

Batting at No. 6, he hit six fours and four sixes passing to a 66 from 67 balls. He added 91 for the seventh wicket with Rob Franklin before dropping the score to 107.

Franklin (31) was the second top scorer as Sarisbury were dismissed for 149.

Jack Humphrey (68) and number 7 Ed Bartlett (45) had helped the hosts post 221 after being inserted by substitute skipper Franklin.

Under-19 hitter Joshua Williams responded with a sparkling 121, his first SPL century, with 19 fours and two sixes.

Sparsholt’s last pair of wickets at ten – Greg Whiting (35 not out) and Thomas Ley (30) – added 76 before the latter was sacked by Myers.

Alton still have Liphook and Basingstoke & North Hants to play, while Sarisbury face the bottom two Sparsholt and Liphook.

Portsmouth skipper Ben Duggan was one of 13 players to record an SPL century over the weekend.

After winning the coin toss at Calmore Sports, Duggan hit 121 to top the order – his 2022 SPL Century team after an undefeated 112 against Alton – as his team went 252-8.