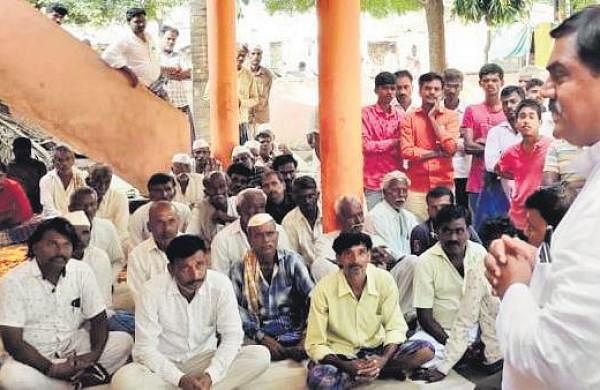 BENGALURU: An internal investigation by the BJP before the evictions of Hanagal and Sindagi gave the party an advantage over the opposition parties. However, two factors – JDS candidates (both from the minority community) managing to secure a considerable share of the vote and former CM BS Yediyurappa campaigning in both segments – will influence the results in favor of the party, said officials. party insiders.

On Tuesday, CM Basavaraj Bommai and Party State Chairman Nalin Kumar Kateel held a meeting to outline a plan for the bypolls. They decided that apart from Bommai and Yediyurappa, senior leaders and cabinet ministers would also campaign in the two constituencies. Boosting the party’s prospects, Bommai managed to convince party “rebel” Channappa R Ballari, who withdrew his Hanagal candidacy papers on Wednesday. Winning Hanagal is a matter of prestige for Bommai as he comes under his home district Haveri.

JDS supremo HD Deve Gowda on Tuesday launched the party campaign in Sindagi for Naziya Shakeel Ahmed Angadi. Sindagi was represented by JDS MLA MC Managuli, whose demise earlier this year necessitated the bypoll. JDS sources said Gowda was determined to teach Congress a lesson by â€œpoachingâ€ Ashok Managuli, son of the late MC Managuli, and running him as a candidate. In Hanagal, top JDS HD leader Kumaraswamy will campaign for Niyaz Sheikh.

Leaders of the Yediyurappa camp said he would campaign in both seats and in particular in Hanagal, where Congress is expected to fight bitterly against the BJP. Party candidate Shivaraj Sajjannar was a staunch supporter of the late Udasi MP and this is the factor that will be used to quell any rebellion after Udasi’s daughter-in-law Revathi is denied the ticket.