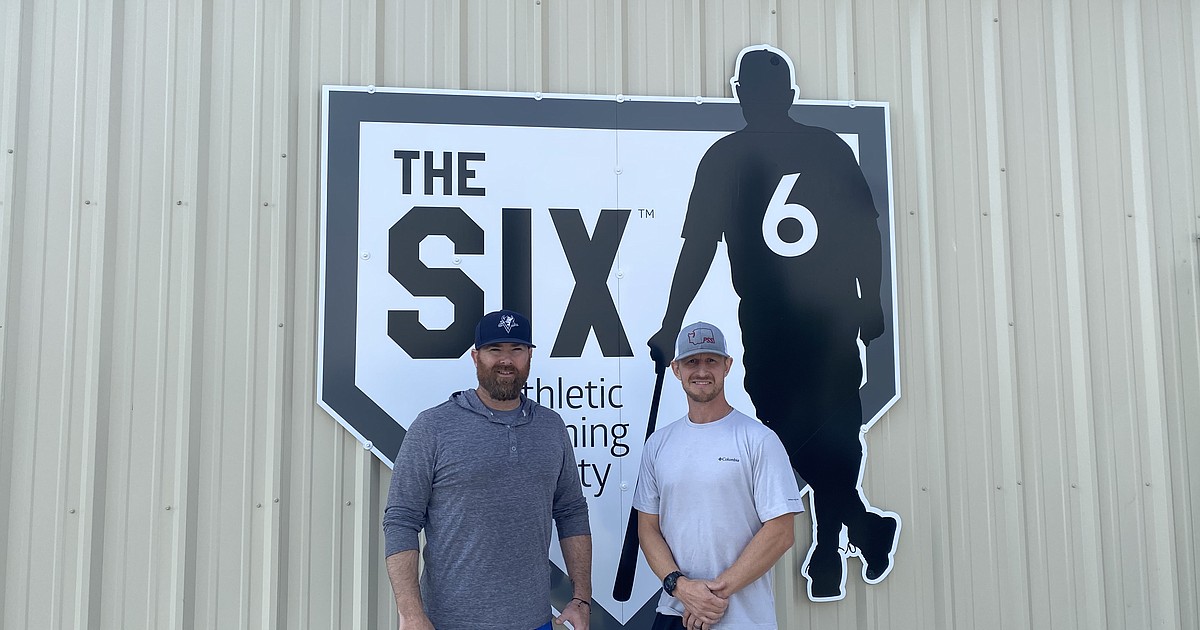 MOSES LAKE – Directly across from the Big Bend Community College ballpark is The Six Training Facility, where local baseball and softball players can work out and practice through individual and group work.

“We bought this property probably five years ago,” said Ryan Doumit, owner of The Six. “We’ve talked about having something like this in this area for a long time. In central Washington, particularly in the Columbia basin, there aren’t really those large indoor facilities that you see on the west side of the state.

Doumit said the vision for The Six — named after his father Pete Doumit, a longtime coach at Big Bend and Moses Lake High School — was to create space for baseball and softball players to train when outdoor conditions are difficult. , especially during the winter months.

“As a former baseball player, born and raised here, I spent time in the major leagues, when I came back we talked about building something like this for the community,” Doumit said. “To be able to accommodate athletics during the (winter) months.”

Inside The Six’s facility is an artificial turf infield, complete with a batting box for players to participate in batting practice, field work and more. On the right side of the facility are batting cages and pitching mounds. Mesh batting cages are retractable, which means they can be opened to create more space in the facility.

“When we use it for college, you can run a full practice in an hour and a half where everyone is doing their job,” Doumit said. “You can get the pitchers started while half the team is hitting the cage, there can be on-field practices (batting practice). You can do a lot in a short time. »

“I would say it’s about 50-50 between baseball and softball with a lot of our private lessons and team training,” said Jameson Lange, general manager of The Six.

Besides Doumit and Lange, The Six has many instructors who participate in clinics and training sessions.

“Where I think we separate ourselves from the majority of companies doing this is the relationship building we have with (players),” Lange said. “We’re not just instructors – we see kids here five days a week that we work with, and we’re able to build that trusting relationship.”

Memberships at The Six are divided into different tiers, depending on how often an individual plans to use the facilities offered. Lange said that originally there was a standard membership cost, but that was changed based on the turnout they saw when the facilities opened.

In addition to the programs currently offered, Doumit and Lange are planning a new academy for baseball players to learn the intricacies of the game of baseball and provide the duo of Doumit and Lange with the opportunity to coach these young athletes.

“Getting from an instructor to the academy, we can now be coaches,” Lange said. “It’s more than the Xs and O’s, the mechanical teachings and the fundamental teachings of the sport – we are now becoming coaches where we can teach the game of baseball and softball.”

The academy will teach players about etiquette, level of professionalism, commitment and more, according to Lange. According to Lange, certain aspects of the game, like being a good teammate and more, go a long way toward being a baseball player.

“There’s one thing about being a great athlete and a great player,” Lange said. “There’s more that comes with that if you want to keep playing at the next level.”

The Six’s baseball academy lasts from November 1, 2022 to early March 2023, with two sessions per week lasting almost an hour and a half per session. The academy will be divided into tiers based on each player’s knowledge, skill level, and other factors. Academy instructions are different for each level, with specifics based on participating players.

“It’s split into three tiers,” Lange said. “It’s not necessarily divided according to age, but rather the individual’s skills, knowledge base and level of discipline and maturity.”

The deadline for registration is October 30 and can be done online or on site.

“The community showed up, they embraced this place and we got great feedback from the teams that came here,” Doumit said.

Ian Bivona can be reached at [email protected]