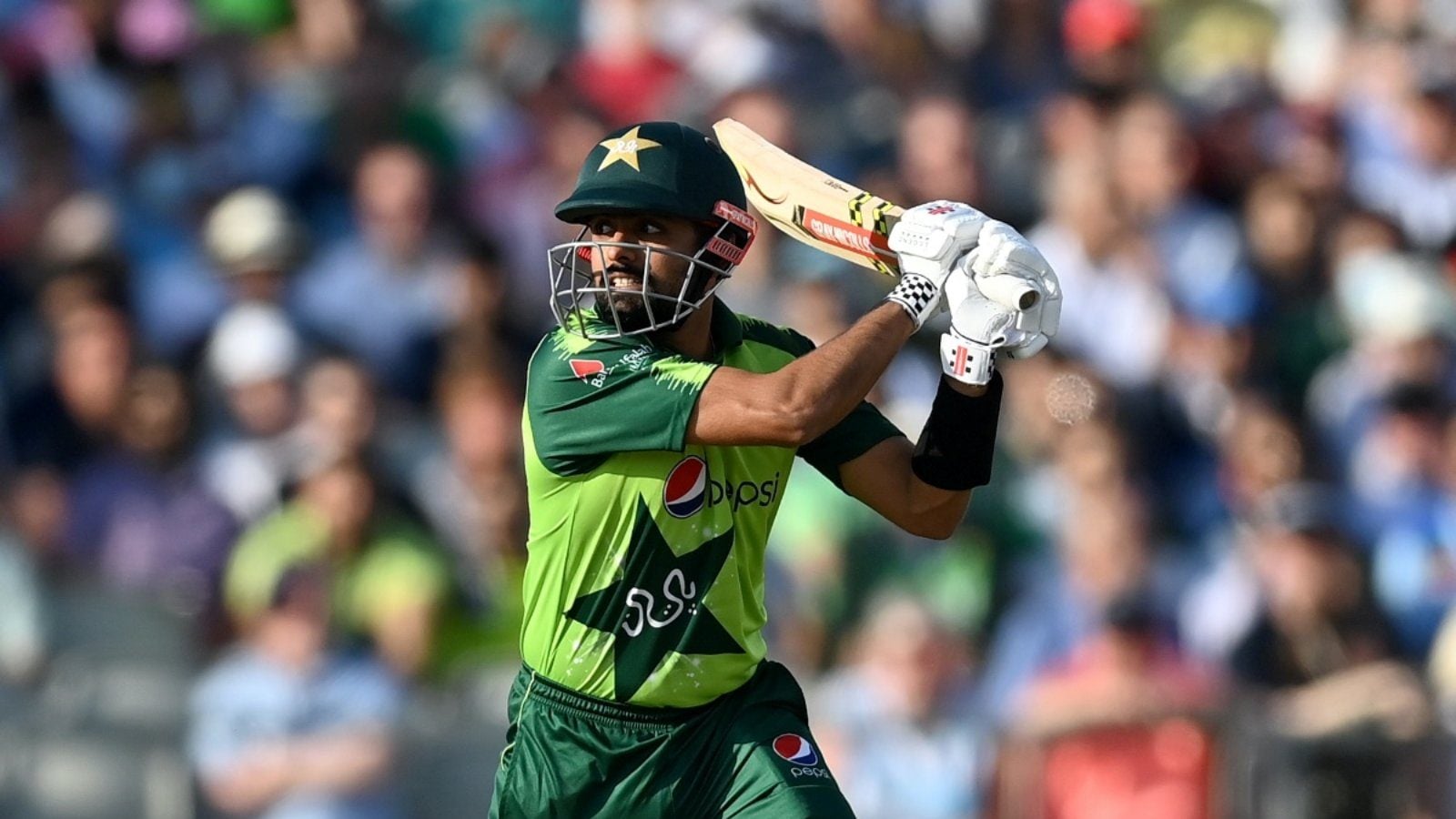 In their first warm-up match against the West Indies, Pakistan had an achievable task to chase 130 points, which they did with 27 balls to spare. Captain Babar Azam shone for half a century in this effort. Aside from the skipper’s stick, what caught everyone’s eye was a hilarious taunt to his fast pitcher Shadab Khan during the match.

In a video shared by a fan on Twitter, Babar can be heard saying “Buddha ho gaya” (You’ve grown old) three times before telling him that he is unable to affect an outing at such a young age.

The incident occurred on the second ball of the game when Shaheen Shah’s delivery was defended by Lendl Simmons and the batter attempted to steal a point. Shadab Khan came offside to attempt a running exit, throwing the ball towards the stumps plunging ahead. The skipper was not satisfied with this effort and laughed at the player, calling him old. The comment was picked up on the strain’s microphone.

Speaking of the game, the West Indies hit first after winning the toss. The team led by Kieron Pollard were only able to muster 130 points from their 20 overs due to a sad and sloppy start from their top spot. While Andre Fletcher came out cheap, Gayle and Simmons played strike rates below 100. A late attack from skipper Pollard also couldn’t help the score reach a respectable position.

Hasan Ali was the bowlers pick with 2 wickets for 21. After that it was an easy chase for Pakistan who won the match by 7 wickets. Pakistan, however, faced disappointment in the second practice match against South Africa, losing the game by 6 wickets in the most significant meeting.

Pakistan will now face India on Sunday, October 24 in their 2021 ICC T20 World Cup opener at the Dubai International Stadium. The clash between the rivals will begin at 7:30 p.m.