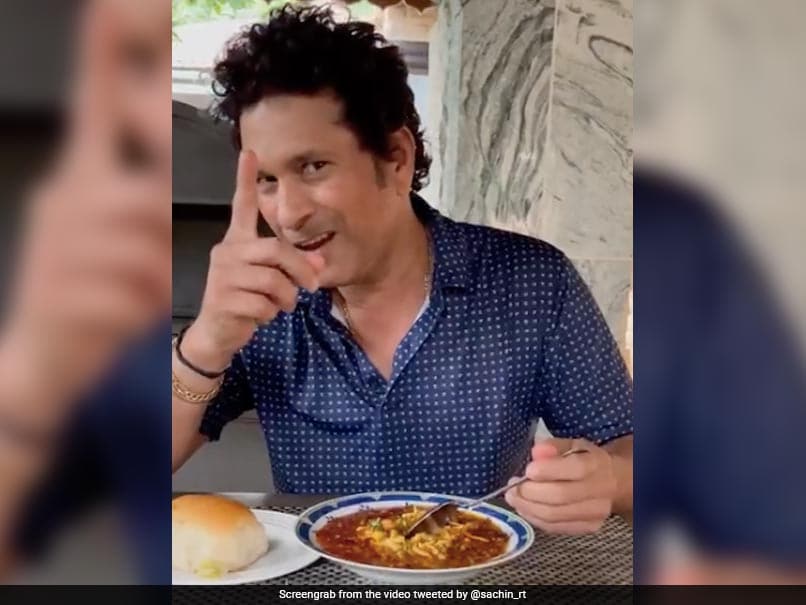 Watch: Sachin Tendulkar savors this Indian dish and reminds him of Khow Suey

Batting legend Sachin Tendulkar served his fans a treat when he shared a video of him enjoying his “perfect breakfast” on social media platforms. The former Indian cricketer wore a big smile as he tasted a plate of ‘Misal Pav’. In the video, Sachin can be heard saying that there is something different about â€œMisal Pavâ€ before saying that it reminds him of the Burmese dish called â€œKhow Sueyâ€. His love for “Misal Pav” was evident when he called the dish “number ek”.

The caption of the video read:

â€œWhether it’s a Sunday or a Monday, I’ll have Misal Pav any day! What’s your idea of â€‹â€‹a perfect breakfast? #MisalPav.â€

Whether it’s a Sunday or a Monday, I take Misal Pav any day!

Recently, he showed off his cooking skills by donning the chef’s hat and cooking a meal for his friends.

He shared the videos with a funny caption that read, “Say hello to your chef for today! Guess what’s cooking?” and “Yum, soon in the belly!.”

In one of his Instagram posts, Sachin previously revealed his “favorite snack” with a caption that read: “Vada Pav was, is and always will be one of my favorite snacks.”

After Sachin retired from cricket, cooking was one of his most beloved hobbies, which he shared with his fans via social media posts.

Topics mentioned in this article