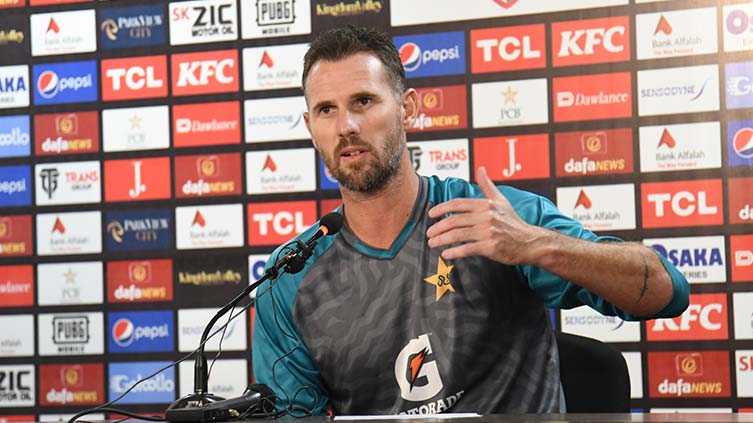 We didn’t do any harm, it was just a great stick: Tait defends Pak bowlers – Cricket

We didn’t do anything wrong, it was just a great strike: Tait defends Pak bowlers


Tait felt that the Pakistani bowlers could have played tighter lines.

LAHORE (Web Desk) After Pakistani bowlers failed to defend the total of 170 points in the third game against England on Friday, Pakistani fast bowling coach Shaun Tait felt that his team’s bowlers had been under pressure after England openers Alex Hales and Phil Salt came off all guns blazing in the sixth T20I on Friday September 30 at the Gaddafi Stadium in Lahore.

Hales and Salt went 55 for the opening wicket from 3.5 overs and made England the favorites to win the game. In the end, the Three Lions went home with 33 balls in reserve. More importantly, the visitors have made it 3-3 in the current seven-game series.

Tait felt the Pakistani bowlers could have played tighter lines, but also said T20 is a format of frequent ups and downs.

“They just attacked us. They came out attacking, every ball they tried to hit a boundary. It worked for the first three overs and in a way it kind of threw our bowlers off guard. We didn’t do much harm and it was just a great shot. Sometimes you have to give it to the batting team,” Tait said in the postgame press conference.

“We could have played a little tighter, we were a little loose. But it happens in T20 cricket. As you see in this series, there are ups and downs, so I can say anything and it doesn’t really matter,” he said.

“We can come back next game, hopefully play well and win the game, but it was a great series. Sometimes we played well, sometimes not,” added Tait.

The seventh and final game of the series will take place on Sunday, October 2 at Gaddafi Stadium in Lahore.