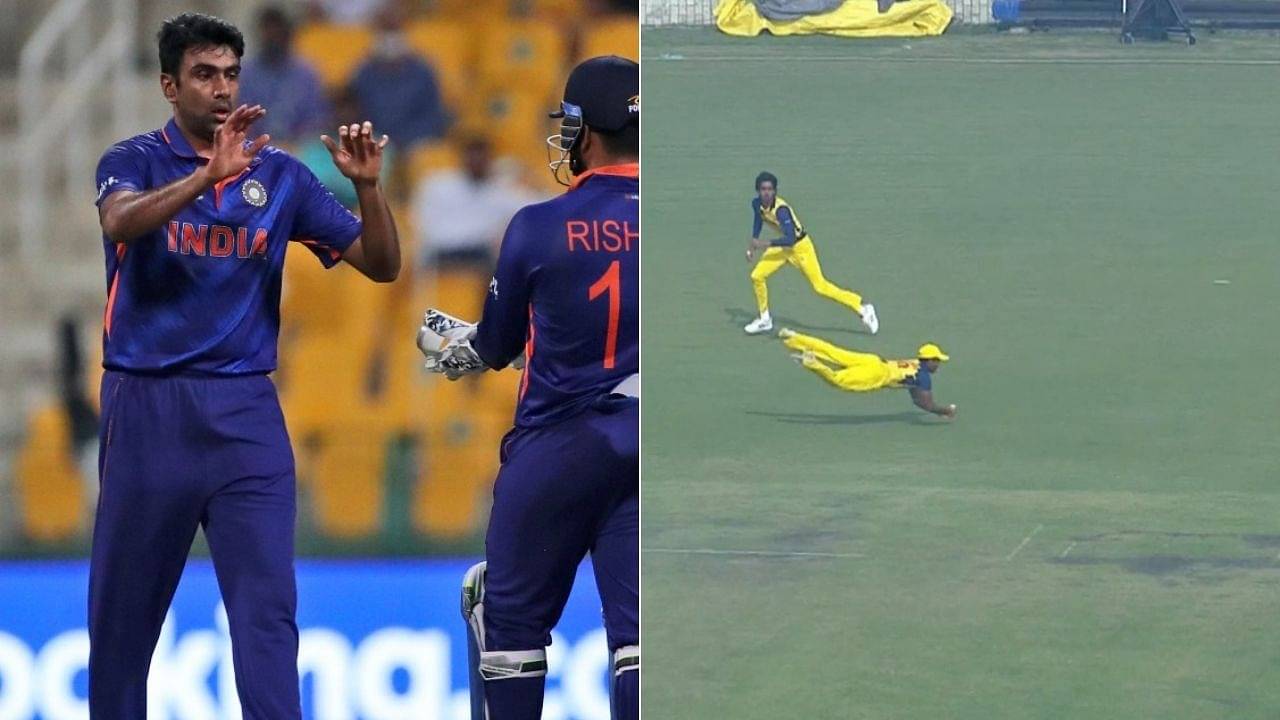 In the first quarter-final of the current 16th season of the Syed Mushtaq Ali Trophy between Tamil Nadu and Kerala in Delhi, Tamil Nadu spinner Murugan Ashwin made a commendable field effort to fire Kerala captain Sanju Samson (0) at lower cost.

At bat at No. 4 in the 13th, Samson aimed to play a reverse shot against spinner Sanjay Yadav. However, with the ball suddenly pulling away from him, it hit the outside of Samson’s bat to move to the left of the point.

Ashwin, who was lining up on point, timed his dive perfectly to complete a brilliant catch. The fact that Tamil Nadu managed to sideline Samson in the second delivery he faced with seven overs remaining was like a blow in the arm for them.

Despite Samson’s failure, Kerala managed to put on board a competitive 181/4 in 20 overs after Tamil Nadu captain Vijay Shankar called on them to strike first at Arun Jaitley Stadium today.

Vishnu Vinod, who replaced Samson in the middle, scored a brisk half-century seventh T20 in a knockout game. Before Vinod scored 65 * (26) with a strike rate of 250 with the help of two fours and seven sixes, Kerala opener Rohan Kunnummal had contributed with 51 (43).

In the second set, the defending champions played like one to seal the chase with three deliveries remaining and five wickets in hand. While Tamil Nadu’s hitters haven’t scored half a century, the healthy contributions of Sai Sudharsan (46), Shankar (33), Hari Nishaanth (32) and Yadav (32) were enough to propel them into half. tournament final. .

Indian spinner Ravichandran Ashwin, who competed for the Syed Mushtaq Alu Trophy for Tamil Nadu in the 2019-2020 season, took to the social media platform Twitter to applaud his teammates for winning another match this season.