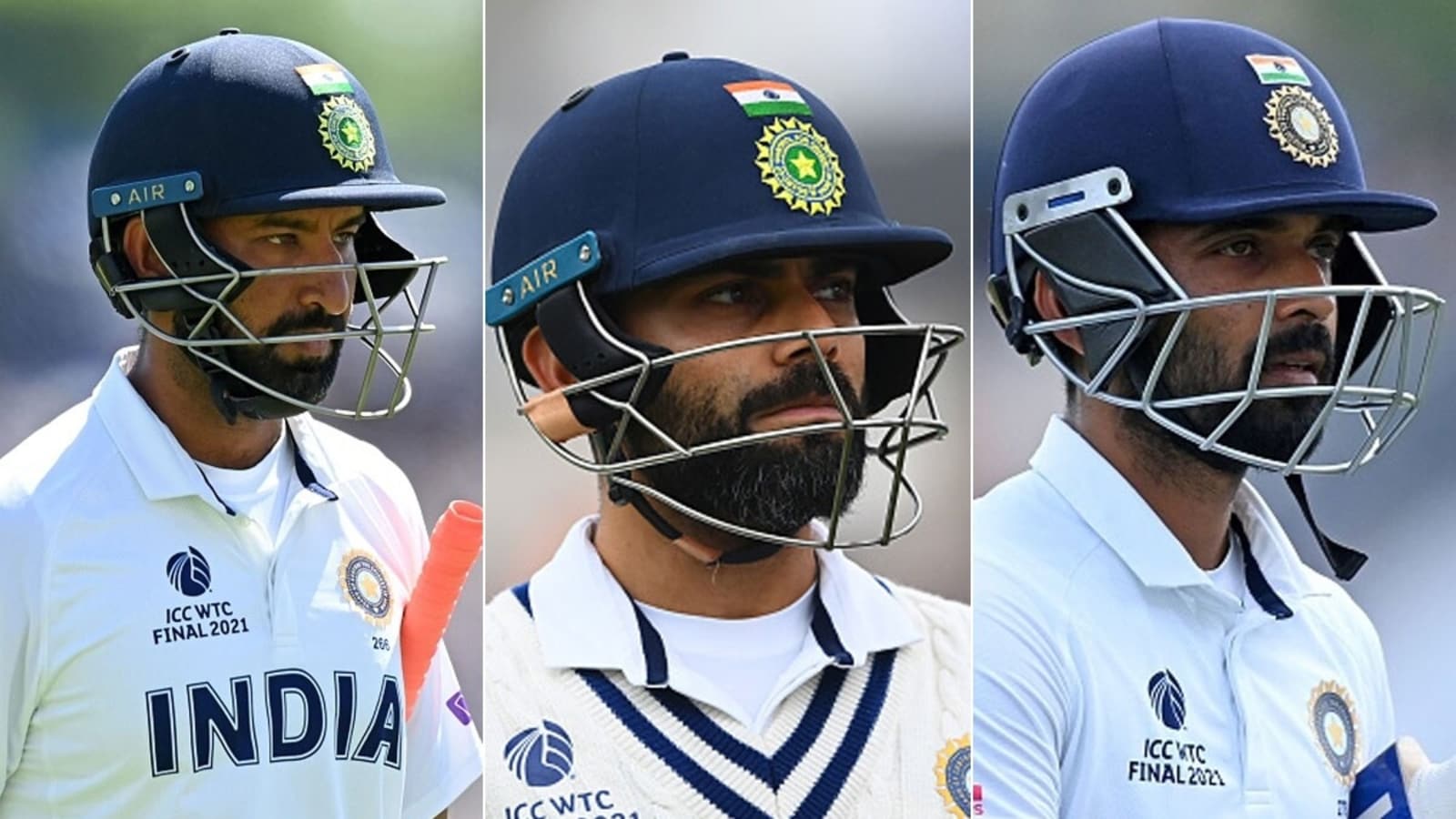 As India has moved closer but missed the ICC titles, a familiar pattern can be attributed to it. Think about the last three ICC knockout matches India has been to – the Champions Trophy final in 2017, the 2019 World Cup in 2019 and the World Testing Championship final. What do you find in common? Is it the bowling, the draw, the selection? No, the common link to all three losses is the bad hitter.

In the Champions Trophy, chasing 339 victories, India was reduced to 33/3. Although 339 was never going to be easy to chase, the fact that their first three – Rohit Sharma, Shikhar Dhawan and Virat Kohli are back after combining 26 runs was a big blow from the start. Two years later, in the 2019 WC semi-final, India, chasing 240, was 5/3 with KL Rahul, Rohit and Kohli back for 1 each.

And now come the WTC Finals, a similar pattern has been observed. As India finished Day 5 on 64/2, having had to beat the last day to win a draw, the team were destroyed and eliminated for 170, losing the last eight wickets for 106 points. Again, it was the all-important day stick that let the team down, and addressing the same, former Indian wicket keeper Saba Karim pointed out how India’s stick failure in of test conditions eluded them from another ICC title.

“It is extremely disappointing for Virat Kohli as he puts the test matches at the top and he worked very hard with his team to put India in that position where he could have won this – the inaugural edition of the World Championship. testing world. It’s a desperation not only for him but for the whole team. But I think the big question mark is about India’s ability to strike under these conditions, “said Karim on Cricket. com.

Read also | “The sun was out and even the grass didn’t exist”: Gavaskar explains what India “lacked” on Day 6 of WTC final

In a battle between India’s star batting team and New Zealand’s fast bowlers, it was BlackCaps bowling that ended up with bragging rights, Karim said.