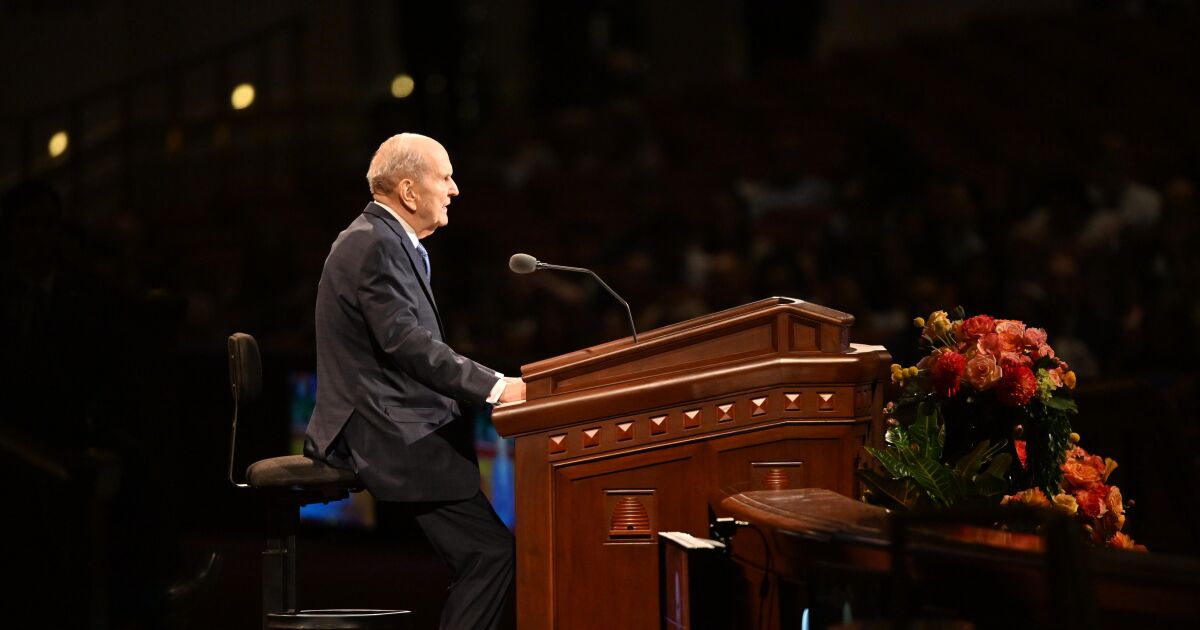 President Russell M. Nelson — who delivered his address at the church’s October 2022 general conference while seated — posted a message on social media after the session.

“What a wonderful first session of general conference we had! President Nelson, 98, wrote in a Facebook post, Twitter and Instagram. “I felt spiritually renewed listening to those who were speaking. They were absolutely inspiring, and I’m sure the next four sessions will be just as wonderful.

“Some noticed that I sat in a chair to deliver my message this morning. How helpful that was! The other day it occurred to me that I had been alive for almost half the number of years that have passed since The Church of Jesus Christ of Latter-day Saints was organized in 1830. It’s been many years—even though I don’t feel old. My wife Wendy insists that she still can’t get me to play my age. But I’ll admit that sometimes even small tweaks – like a chair – help those of us who are “aging on stage.”

“I may not ski black diamond runs anymore, but whether standing or sitting, I enjoy speaking and hearing words of truth. And this weekend will be full of them. I hope you will join me in savoring the beautiful messages that still await us.

As President of the Church, President Nelson has traveled 185,000 miles in 35 countries on six continents—meeting government and religious leaders and Latter-day Saints in settings large and small. He has also led the Church during the COVID-19 pandemic, ministering through video conferences and online broadcasts. In asking Latter-day Saints to gather Israel on both sides of the veil, President Nelson also announced 100 new temples, including 17 during the April 2022 general conference.

We didn’t do any harm, it was just a great stick: Tait defends Pak bowlers – Cricket