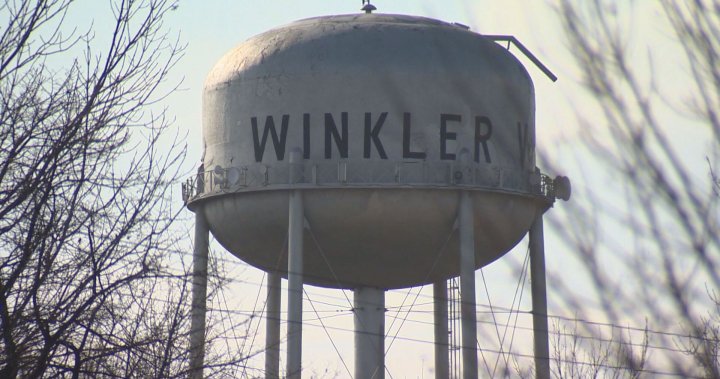 The Winkler Town Police Chief said his officers had their work cut out for them since the mask and vaccine warrants began.

The southern Manitoba city, 100 kilometers southwest of Winnipeg, has faced significant division among its residents throughout the COVID-19 pandemic, with vaccinations much lower than the provincial average and rising tensions.

Chief Ryan Hunt said his town is always teeming with good people, but the tone has certainly changed in recent months – a period that included an incident in which a woman was allegedly kicked off the road by angry anti-masks.

The story continues under the ad

Hunt said it was nothing new for the police to receive angry phone calls and emails, but his officers are bombarded with rage from people on all sides.

“It’s just extremely divided and it’s a struggle for the officers. It’s a tough time for everyone – being in a pandemic isn’t fun for everyone.

“Businesses are going through a tough time and so are individuals, so we are certainly not the only ones doing this. “

In late August, Winkler’s mayor Martin Harder told Global News he didn’t think the province’s efforts to take a punitive approach to those who violated public health orders were working – at least. not in his community.

“I think we need to have a positive message, something that we can actually sell, rather than just ‘We’re going to punish you for this,'” Harder said Aug. 26.

The story continues under the ad

1:03
Minor hockey season canceled at Grunthal, board says public health orders could be to blame

Minor hockey season canceled at Grunthal, board says public health orders could be to blame