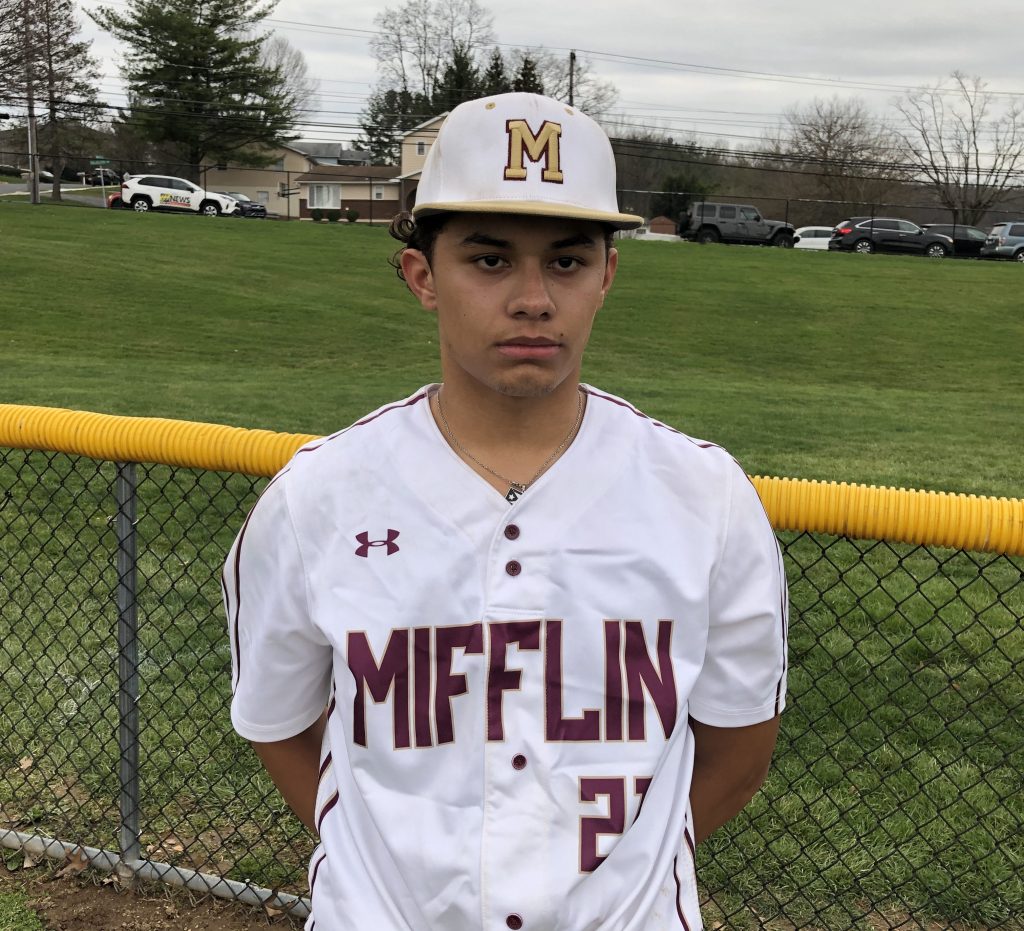 The junior pitched seven innings, allowing just one run and striking out 10, to lead the Mustangs to a 3-1 win over Wilson on Tuesday in a Berks Baseball Division I opener League at Shillington.

“My fastball inside and my change outside, they worked really well,” Velez said. “(My) confidence has really increased.”

Velez pitched five scoreless innings before allowing a run in the sixth on an RBI brace from Wilson pitcher Rueben Livingston. He came back in the seventh and retired the Bulldogs in order to claim the all-game victory and his third victory of the young season.

The game went scoreless through the first four innings before the Mustangs went on the board with two runs in the fifth. With runners at first and second and one out, rookie Travis Jenkins singled to lead Michael Marmolejos senior.

“I was very proud of the boys today,” Mustangs coach Chris Hole said. “We finally scratched a few races there towards the end and were able to do just enough to win.”

Mifflin beat Wilson 5-4 in the Berks title game last season before the Bulldogs beat the Mustangs 11-0 in the District 3 Class 6A Finals.

Governor Mifflin (1-0 Berks I, 5-0) added to his lead in the sixth, as junior Owen Lehman scored on a denial by Bulldogs relief pitcher Jake Kope.

Kope came into the game replacing Livingston, who allowed an earned run in six innings. At home plate, the hard-hitting senior went 1 for 2 with an RBI double and a walk.

Wilson (0-1 Berks I, 0-3) struggled at home plate, collecting two hits, two walks and one hit per pitch. Aside from Livingston, junior Trevor Bilodeau was the only other Bulldogs player to record a hit.

Six Mustangs reached base via a hit or a walk. Velez went 1 for 3.

“We’ve gotten off to a good start this year,” Hole said. “Beating a team as talented and as well trained as Wilson can only help our confidence to continue to grow.”