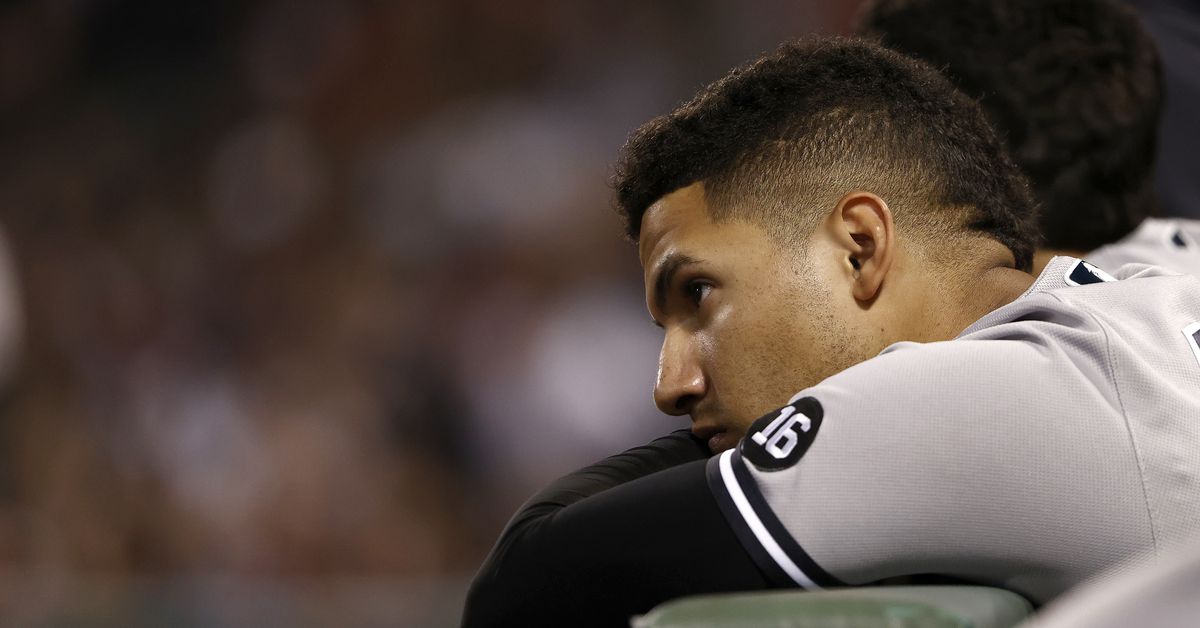 SNY | Anthony mccarron: The Boy Scouts step in and give their opinion on whether the Yankees should leave Gleyber Torres or continue to invest in his development as a second baseman. On the one hand, Torres is still young at 25. On the flip side, some of the numbers behind his typing difficulties, such as steadily declining exit speed and launch angle, suggest that his plateau growth is inexplicably slowed down.

New York Post | Josh kosman: MLB has announced plans to launch a new streaming service that will allow fans to watch their team’s home games without a cable subscription. The price should vary depending on the location of the subscriber. This is good news for millions of avid baseball fans for whom it is impossible to watch games. The web service could be launched “as early as 2023”, so while this is good news, it won’t happen anytime soon. The change will ideally respond to archaic MLB policies that prevent fans in a number of markets from watching the games. In many places in the US, fans can’t watch their home team play with Sling, Hulu +, YouTubeTV, or even an MLB membership.

ESPN | Jeff Passan: Starting in the 2022 season, MLB will require the 30 teams to house their minor league players. This decision is both a positive and game-changing development that is long overdue. In recent years, advocates and social media have drawn attention to the inhumane living conditions and poor quality of life of minor leaguers. Faced with increasing pressure to improve the way they treat minor league players within their organizations, the owners seem to have finally given in and will do the right thing.

Details of the MLB plan are still being finalized, and the MLB statement only mentioned “providing housing to certain Minor League players, â€so much remains in the air, although Passan said at least six teams plan to house each of their four full-season affiliates. It is also unclear whether the teams will pay player accommodation allowances or provide accommodation directly.

New York Weather | Gary Phillips: So far this season (and in the playoffs), Garrett Whitlock has been a hugely effective reliever for the Boston Red Sox. The Red Sox recovered Whitlock from the Yankees in the rule 5 draft last December, and until this year, Whitlock had not passed Double-A. Additionally, Whitlock spent the canceled 2020 minor league season recovering from Tommy John’s surgery. However, thanks to the power of social media, the Boston pitching coach took note of Whitlock’s recovery, as the right-hander took to Instagram to document his workouts and box sessions (during which he wore Yankee clothing). Whitlock’s balance on the mound in high-leverage games begs the question: why did the Yankees let him go?